Helwani Admits He Was Wrong About PFL 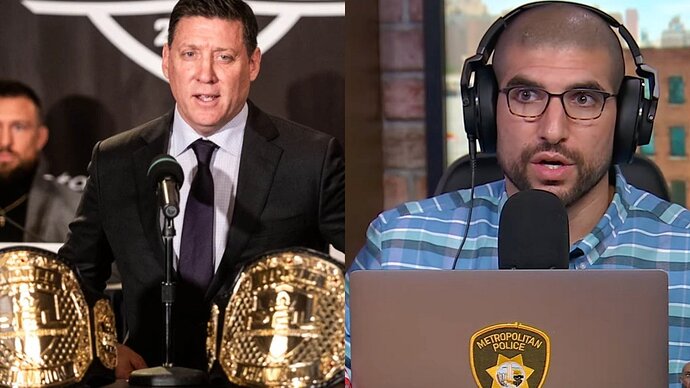 Ariel Helwani Admits He Was Wrong About PFL

In a recent interview on The MMA Hour, Ariel Helwani admitted to PFL CEO Peter Murray that while he was originally critical of the PFL League format, he 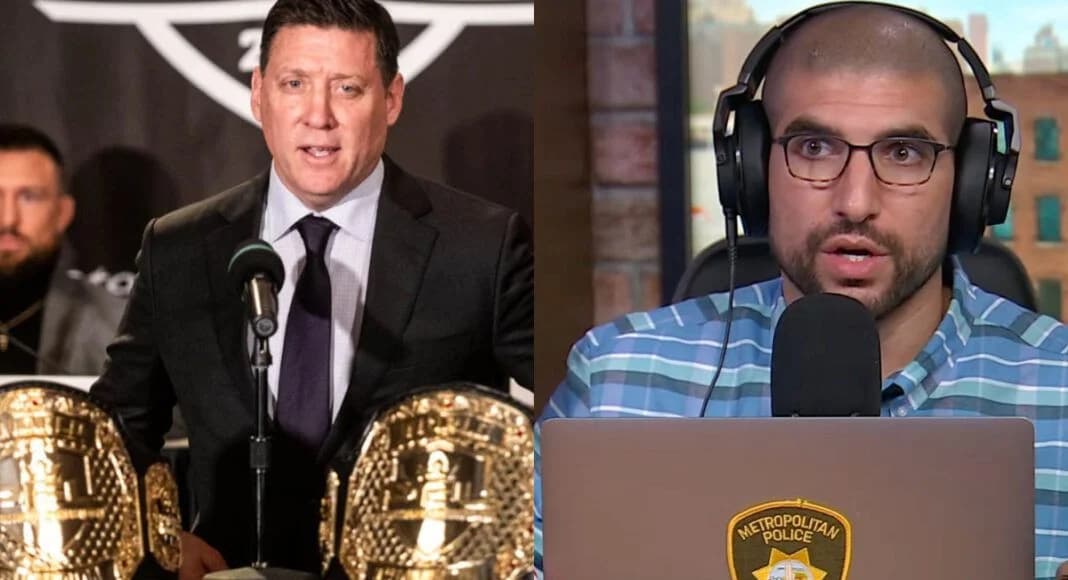 In a recent interview on The MMA Hour, Ariel Helwani admitted to PFL CEO Peter Murray that while he was originally critical of the PFL League format, he now “gets it.”

The league structure sees fighters compete in two regular season bouts to secure a spot in the playoffs based on their accumulated points. Fighters earn three points for a victory and bonus points for a finish based on the round.

These fighters then enter single elimination bout(s) for a place in the championship, and a chance at the title and $1,000,000 in prize money.

“Stevie Ray and Pettis are fighting for [a spot in the championship] … It’s not just a bunch of fights. I was wrong”.

Ariel Helwani Names PFL as #2 Promotion In The World

In addition to Helwani admitting he was wrong, he also dropped the bombshell that out of six MMA managers he asked privately, four touted the PFL as the #2 promotion in the world, with the two dissenting managers stating Bellator and ONE Championship.

Murray agreed, telling listeners that the PFL is happy with their #2 spot and that the company is focused on itself, growing the league, the sport, and giving fighters an alternative to compete, first in the US, and now internationally.

Murray went on to claim that the PFL’s structure, their technology, and storytelling are differentiators from the other promotions, and that they “have the data [to suggest] that the PFL is bringing over non-MMA fans because of their true-sport principles”.

Changes to the 2023 Playoff Structure

Murray goes on to elaborate that the PFL are streamlining things this year, eliminating the quarter-final round, meaning the top four regular season fighters advance straight to the single elimination semi-finals, with the winners facing off in the championship.

Murray also discusses moving forward with a focus on curating an entire event beyond the four semi-finals on an event, with the aim to card with purpose. He announces that this season’s playoffs will feature two lead-in fights to determine who gets a shot on the 2023 season roster, as well as slots for potential Challenger Series (the PFL’s DWCS equivalent) contenders.

The PFL Playoffs are scheduled August 5, 13, 20, in New York, Cardiff, and London, respectively. Kayla Harrison headlines the London card, returning to where she won her first Olympic Gold Medal ten years ago. You can follow the results of the first installment of the 2022 PFL Playoffs here.

He betrayed his own murdered people to push the lies

One thing I agree with Egg on, fuck Helwani. Wished they do MMA media personality fights and put Bas Rutten against him first