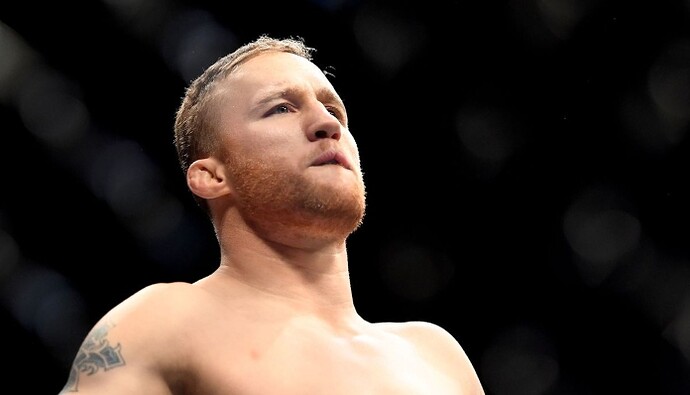 Justin Gaethje has made it clear that he won't be happy if Conor McGregor gets a UFC lightweight title shot ahead of him. 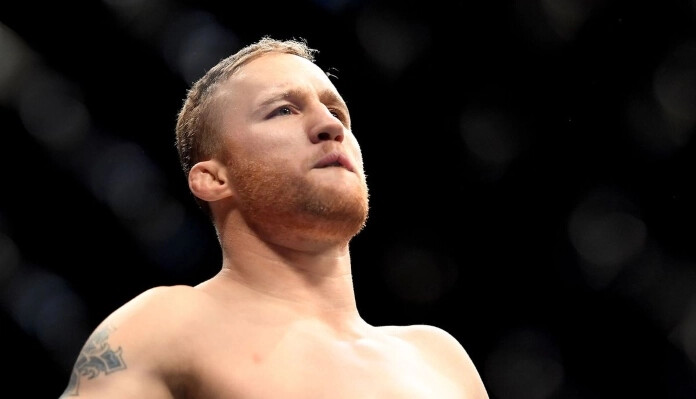 Justin Gaethje has made it clear that he won’t be happy if Conor McGregor gets a UFC lightweight title shot ahead of him.

While some have started to suggest that the UFC’s bantamweight division is now stronger than what they’ve got at lightweight, it’s still a popular opinion that the 155-pounders produce the most consistent entertainment for fans on a week by week basis. The reigning champion, Charles Oliveira, helped to prove that by submitting Dustin Poirier at UFC 269 to retain the strap.
Justin Gaethje, meanwhile, is also coming off of an impressive win after he edged past Michael Chandler in an incredibly intense decision win at UFC 268.

Gaethje is expected to be the next challenger for Oliveira’s crown but after reports suggested Conor McGregor could skip the queue, the former WSOF star couldn’t hide his frustration at the idea.
“He [McGregor] is so irrelevant. He has not won a fight since 2016 in the lightweight division. I’m ranked number one, I saw they updated the rankings, I’m number one now – that feels pretty good. Congratulations, thank you sir, appreciate that, let’s go! I’m fighting for the belt, man. My whole life I’ve been working towards this, that is what’s next. If not, I’ll f***ing burn it down, it doesn’t matter. I will show up and start throwing dollies everywhere, I don’t know what the answer is.”

Gaethje went on to say that he would “absolutely not” allow McGregor to get the first shot at his UFC lightweight title if “The Highlight” managed to capture the belt from Oliveira.

This guy is going full Karen all the time

Cte is a hell of a drug

Yeah Conor doesn’t even deserve be in top 50. But Justin did just have his shot at the title not many fights ago. There are other guys that never had a chance.

You guys are so soft. His comments to the media is smart business to keep people talking about him. That’s exactly what his employer wants.

If I was in his position and Conor jumped me I would also be pretty pissed and the same goes for you clowns. Does anyone honestly believe Conor deserves a title shot?

Look at these Conor stans defend him against a man with the integrity not to take a payday from a crippled hasbeen like scumbag Olivera would.

No you’ll just whinge and cry in interviews

No fucken way Conor should be even in the conversation for a title shot. That being said I would be ok with the UFC talking about it just to see Justin lose his shit lol

Justin should fight the winner of Dariush/ Islam imo

Anyone think Conor could beat gaethje? I think he’s got the tools but is he willing to take a shot to give one back? Pretty sure Justin is. That said this would be great eliminator bout

Conor is washed up…time to move on.

And have Charles just sit out there and fight no one? Sounds like a smart plan.

Gaethje has won 5 of his last 6 fights in the past 3 years. Wins over T-Ferg and Chandler.

Mcgregor has lost 3 of his last 4 fights in the past 3 years. His only win over Cerrone.

Gaethje is absolutely right and deserves a title shot before McGregor. McGregor isn’t even in the top 10 at lightweight at this point.