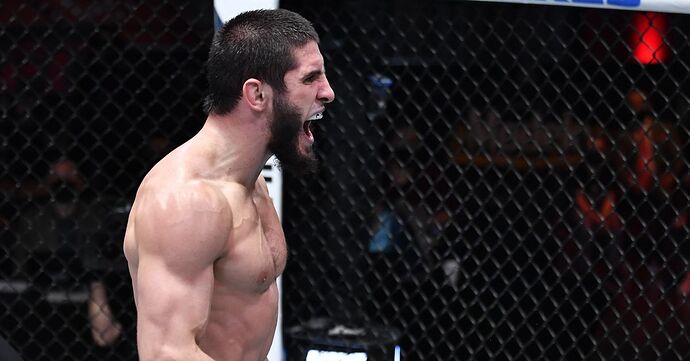 The original headliner was Yair Rodriguez vs. Max Holloway.

The original headliner was Yair Rodriguez vs. Max Holloway. 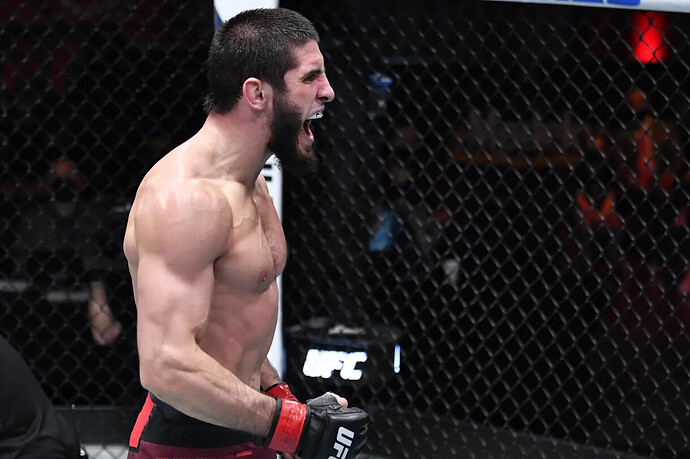 With Max Holloway recently withdrawing from his UFC Vegas 31 main event vs. Yair Rodriguez, the UFC has opted to bump up one of the undercard bouts to headliner status.

MMA Junkie’s John Morgan reported on Wednesday that #9 ranked lightweight contender Islam Makhachev will take on former LFA lightweight champion Thiago Moises in a five-rounder instead of a three-rounder. It’s the first main event spot for either fighter in their respective UFC careers, although Makhachev had previously had a main event vs. Rafael dos Anjos nixed due to injury.

Makhachev (19-1) is a teammate of former (and now retired) UFC lightweight champ Khabib Nurmagomedov. Islam has won seven straight and is coming off a dominant submission victory over Drew Dober at UFC 259. Much like Khabib, Makhachev has shown himself to be absolutely fearsome and relentless on the ground, but he has had a hard time getting a marquee matchup. With all due respect to Moises, this doesn’t qualify as one.

They should cut Yair. 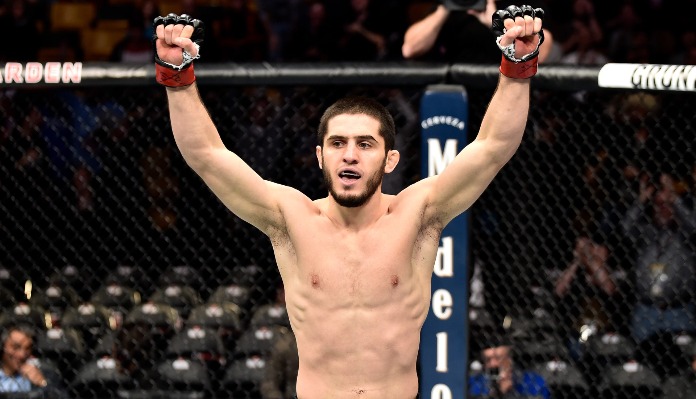 Islam Makhachev will get the chance to headline his first UFC card as his fight against Thiago Moises has been promoted to the main event.

Might as well, guy hasn’t had a fight in nearly 2 years. Pulled out of a Zabit fight multiple times and was suspended due to a USADA violation. Still had a month to prepare for a change in opponent too, but doesn’t want to fight yet again…

Giga was correct in his assessment of Yair…

“Max Holloway pulled out from the fight with Yair Rodriguez due to injury. UFC called me to replace him, and of course I agreed. Now we’re waiting for Yair. This buy didn’t fight for 20 or 21 months. Guess what I was doing in this time? I was fighting, fighting and fighting. I’ve fought six times, I beat all my opponents. This guy started to play games. It’s been a few days. I haven’t heard back. Hopefully he’s going to show up July 17, but I heard he’s a little bit of a p*ssy. He didn’t show up four times with Zabit (Magomedsharipov), and I heard he did everything to pull out from this fight. I don’t think the guy is scared to be in UFC, but hopefully now he’s going to be meet me in front face-to-face and we’re going to talk. I can’t wait.”

Normally I would agree with how many rights he’s backed out of but this time it was max who had to back out.

I surprised to see Islam fighting so soon. It seems like he always takes a lot of time between fights.

I surprised to see Islam fighting so soon. It seems like he always takes a lot of time between fights.

yeah, he needs to stay active tho If he wants to be relevant.

Normally I would agree with how many rights he’s backed out of but this time it was max who had to back out.

Yeah. But he’s declining a replacement fight. I would say I understand as Max is a bigger name opponent. But as infrequently as Yair fights I would have said he needs to step up (like so many others have) or piss off.

I think with Khabib retiring, it has opened up the division and Islam will be a little more active. He can make a push for the top of the division without interfering with Khabib.

That’s a sick fight. Moises is no joke

Exiting matchup and Islam gets a chance to shine on the big stage in a main event.

Also he’s not fighting a gatekeeper