Lol are you really defending Jake? You also realize Hasim weighted in today at 206.6 lol Jake is a bitch and that sparring footage shows why he pulled out Jake knew Hasim was about to beat his ass and embarrass him and he didn’t want that

Jake was never taking this fight it was all a hoax.
Jake wanted to fight Tommy who is terrible so he could scream o I fought a boxer and then ride off in the sun set.

In this situation where Hassim told them he could only get to 215 it makes him look bad. If he really made it to 206.6 why did he tell them the lowest he could make it 215? It makes no sense

He didnt say it was the lowest he weighted in at 215 and the commission said he could not cut to 200 as he was losing too much of his bodyweight in such a short time, he then said ok can we still fight at 215 and you take my purse. Jake declined, but hassim still cut as he had a full week, I think there was a chance if he made 205 though where the commission would allow it even if he made it jake didn’t say he would take it, think it was hassim just doing it to further make jake look like a bitch

You fight cans. I know a kid that went 19-0 pro. He was good. His first real test was against an unknown kid out of Detroit that was 13-2 and he got knocked out on Showtime Boxing.

And you guys want 5-0 Paul to fight some real boxers? He’s an infant in the sport.

And you guys want 5-0 Paul to fight some real boxers? He’s an infant in the sport.

The sooner you realize everyone has a weird Jake Paul jealousy and just wants him to fail the sooner you’ll ignore these people.

Nobody wants to see Jake just “fight a real boxer” they just want to see him lose so they can be proud somehow.

I honestly don’t think Jake realised how big this would be.
It started off to settle a beef he had with a rival youtuber but now he in a put up or shut up situation.
He’s a good guy though. 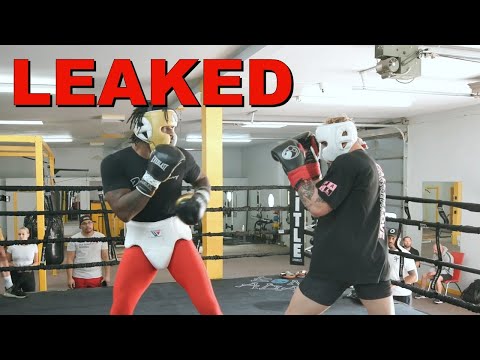 Hasim is just too big for Jake

thats ok paul was too big for everyone he fought

I agree that he is definitely a good dude. He’s just playing his troll role in the media.

I do feel the Askren and Woodley wins have some suspicion behind them.

I read a rumor that he might have gotten ranked with a win over Rahman lol.

So it’s cool when Hasim releases edited clips to make himself look good but when Jake counters with the entire session, he’s a dick.

Take off your hate glasses, you sound too dumb and biased.