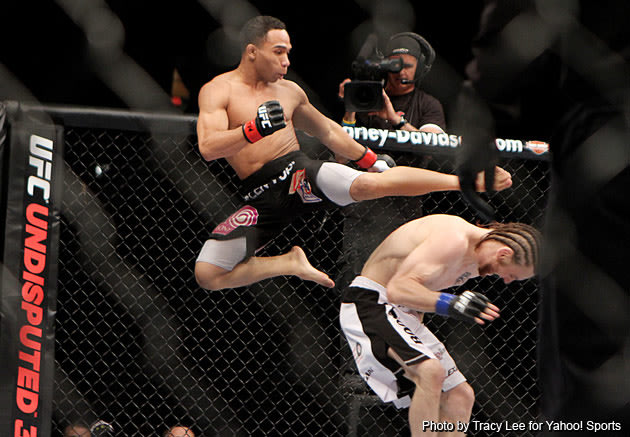 It's hard to find a photo of top ranked UFC flyweight contender John Dodson without a giant grin across his face.

The former Ultimate Fighter winner loves what he does and he expresses that every time he's at a press conference, weigh-in or even stare down in the cage as he smiles from ear to ear in preparation for the battle ahead. It's that kind of brimming positivity that will get Dodson through his next challenge that will take him away from the Octagon for at least a year.

Dodson underwent ACL (anterior cruciate ligament) surgery on Wednesday to repair damage to his knee as well as a torn meniscus and the top contender at 125-pounds is expected to be on the shelf for at least the next six to eight months with his next fight likely scheduled about a year from now.

"I'm looking at six to eight months of me actually being out before I can start going back in the gym and going hard and stuff. About a year (before a fight)," Dodson told FOX Sports on Thursday.

That's sad, he's an exciting part of the division

This new sucks for sure