I hope Dana low balls him during negotiations. All the shit Jones has done, he has no leverage. Then the big guys can play their trump card of another failed drug test if he doesn’t take the shittier deal.

Go get some cans Jon!

Of course the biggest fraud in the history of mma will only fighting a 50 year old stipe.

Give him aspinal, blaydes, tuivasa or gane and he will die and be exposed as the mediocre champion he always was.

ha hot take from Suga Sean. what a plum, Jon literally explained that was what he was doing.

The guy fascinating. His striking is average, he looks like a casual gym goer. He is not fast, he is not super strong, his cardio is not extraordinary. Yet, he always finds a way to win. You look at Francis move and you think “Yes, this guy is a monster and can wipe people away” but not with Jones.

I think his strength is the ability to read people and situations and capitalize on them and use his incredible size. He always chips away at his opponents. A small elbow here, kick to the knee there, while at the same time using his length to keep his opponent away, so they can’t do anything but they are accumulating damage.

I am very curious how he’d be able to do against Francis and other heavyweights who would match him in size. Can he find a way to win?

Another advantage Jones has always enjoyed is his wrestling. Nobody has ever taken Jones down and control him for any length of time in his entire career.

DC, Glover, Sonnen, Evans, Rampage, Shogun, Bader, Matyunshenko, Hamill and Vera were the best wrestlers he faced and they all were unable to ever takedown and control Jones.

I’d have to rewatch the DC fights to see if the takedown stats. It didn’t go well for DC, that I clearly remember. 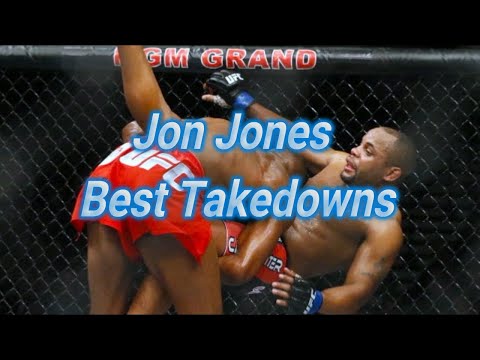 95% takedown defense accuracy in his career and even when DC and Gus scored takedowns on Jones I don’t remember them being able to maintain top control for any length of time.

1 fight in the last 3 years

Hey man, he tweets a lot.

Ready to go means - my opponent finally got old

He is not fast, he is not super strong, his cardio is not extraordinary. Yet, he always finds a way to win. Y

2 Bros In The NFL