In order to fully appreciate this fight between two Kung Fu masters, some background information is helpful.

The Wu family style of Tai Chi Chuan (Taijiquan) is the second most popular form of the art in the world today, after the Yang style. While many view Tai Chi as a peaceful form of exercise, its origins are martial indeed.

Wu Quanyou (1834-1902) was a hereditary military officer in the Imperial Guards Brigade, stationed in the Forbidden City, Beijing. In 1850, as a teenager, he began training in Tai Chi with Yang Luchan, the martial arts instructor for the Imperial Guards.

In 1870, Wu Quanyou became the senior disciple of Yang Luchan’s eldest son, Yang Pan-hou, who, like his father, trained the Imperial Guards in martial arts. In time, Wu Quanyou’s eldest son, Wu Jianquan (1870-1942), rose to become a senior disciple of his father’s. Wu Jianquan refined the art, and is considered to be the founder of Wu style Tai Chi.

Wu Jianquan eldest son, Wu Gongyi, (1900-1970) was the senior in the art from 1942 to his death in 1970. In his prime, Wu Gongyi was recognized as the best Tai Chi fighter in the land. And more generally, the Wu family were well-known across Asia for contact fighting, much like the Gracie family is known in the west.

When Wu Gongyi was 53, there were articles in the newspapers (to younger readers, this is like the Internet, but on paper) actually questioning the validity of the Wu style Tai Chi. When a brash, thirty-something White Crane master named Ch’en K’e-fu issued a public challenge, Wu Gongyi accepted.

Rules were drawn up prohibiting kicks, throws, or joint locks. The fight was held in a regulation boxing run. The location was Macau in January, 1954, with the proceeds going to charity. 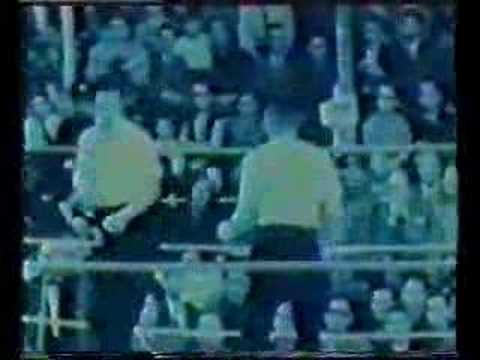 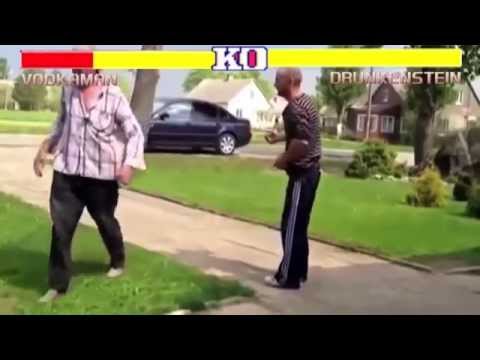 The great artist Pablo Picasso said, "It took me four years to paint like Raphael, but a lifetime to paint like a child.” You can say the same about these two masters - they practiced martial arts their entire lives, and fought like children.

The offense consisted of massively-telegraphed, locked-elbow haymakers. Defense was near non-existent, and appeared to center on hope. When hit, they turned their back and retreated. It’s one of the worst exhibitions of sober fighting skill ever recorded.

In sum, they showed zero discernible skill, were worse by far than a scrap between two average athletes in a non-combat sport, two competitive swimmers, for example.

During the second round, the judges ended the fight, declaring it a draw, so there was no loss of face by either master. There were celebratory banquets, with both sides attending. After widespread media coverage, Wu Gongyi got many new students, and landed a contract from the Kowloon police to teach martial arts to trainees.

Despite the comically poor reality, the tussle was great for business. Were the video not available, it would today be described in reverential terms, like something out of a movie.

Chinese martial arts have a deserved reputation as being flowery and unrealistic. But that does not tell the full story.

There is a tradition of full contact fighting in Chinese Martial Arts that dates back to the Qin dynasty (221 to 206 BC). Use of an elevated Lei tai platform dates back to the Song dynasty (960 to 1279 AD). The rules varied from wrestling, to bare knuckle fights, to weapons.

“In the old days, if you wanted to announce yourself as a boxer in a new village, you built a lei tai, stood on it, and invited all comers to try and knock you off,” explains retired UFC star and former Bellator middleweight champion Cung Le.

In the modern era, martial arts competitions in China were limited to forms only. That began to change in March of 1979, when the Zhejiang Provincial Sports Training Center, Beijing Physical Education University, and Wuhan Physical Education College were tasked by the China National Sport Committee to create a competitive sport based on Chinese Martial Arts.

Sanda is so comprehensive an art that parts of it can be adopted, and applied to a wide variety of rule sets. Sanda student can and do enter boxing competitions, and American rules kickboxing bouts, and international rules contests, and Muay Thai, and MMA.

Sanda is one of the most effective martial arts ever created, and the techniques are drawn almost exclusively from Chinese Martial Arts. Yet Wu Gongyi and Ch’en K’e-fu trained hard in CMA their entire lives, and were worse at fighting than the average person who works out.

The difference between sanda and these 1954 martial artists is as simple as wheels on luggage - pressure testing. If a martial art is pressure tested on a regular basis, the best parts will emerge. If it is not, it will work only in the mind, not in reality. So make sure whatever you practice is regularly pressure tested.

Further, the goal in mixed martial arts is not to determine whether an art is good or useless, whether it is right or wrong, but rather to determine how it is right. The goal in this context to learn what parts of Chinese Martial Arts are useful and effective. And the answer is, very, very many.