Lance Palmer still has a season to complete and the mission of winning a third straight league title. However, the two-time Professional Fighters League featherweight champion still plans on making a move to the Ultimate Fighting Championship eventually. Not because he has soured on his tenure with the PFL. Although recent bumps in the road between he and his employer have changed the dynamics of their relationship. No, for Palmer, stepping into the Octagon is about achieving a goal he’s had since day one training at Team Alpha Male, and to prove to himself once and for that he is the elite fighter he believes he is.

What say you forum mob? Want to see Lance Palmer in the UFC sooner than later? 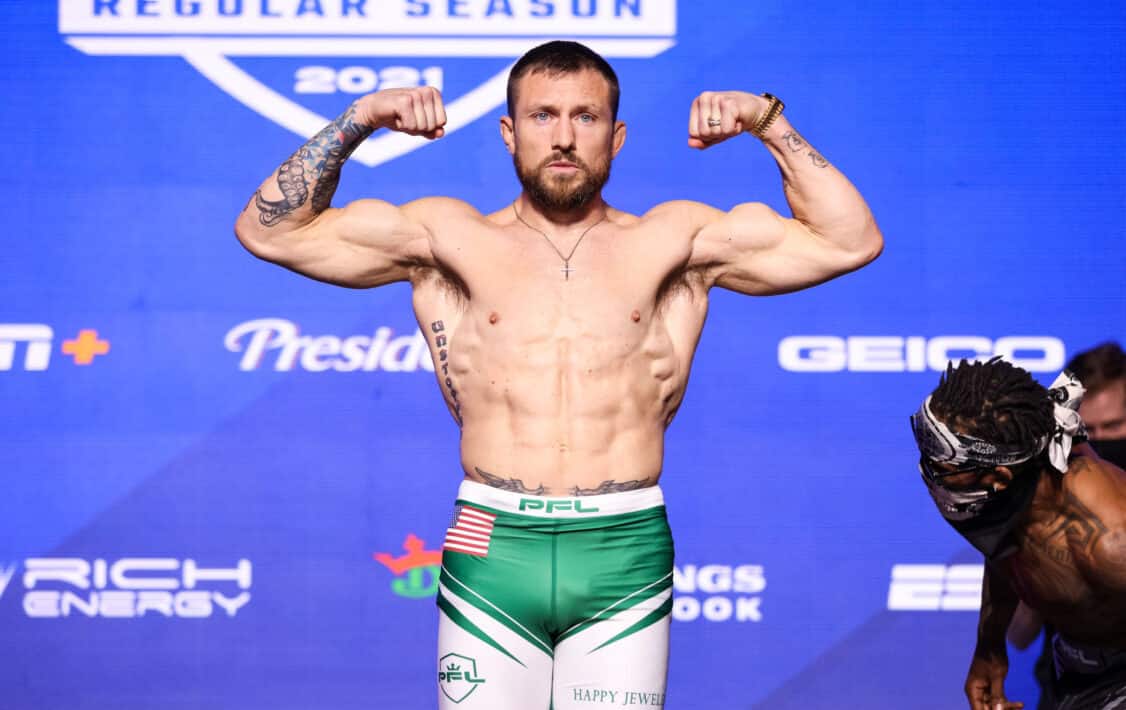 After two PFL championships there is not much more for Lance Palmer to prove in the league. That is why Lance Palmer eyes UFC fights in his future.

He’s a pretty damn good fighters. If I could compare him to someone, he would be like a more athletic featherweight version of Gray Maynard, or Chad Mendes before his striking took steps forward.