New guidebook for coaches and fighters

I have had some interesting arguments here on coaching, fighters game plan and general things I wish fighters and coaches would do to make a more well rounded game. From a new guy walking in the door to fighters preparing for fights.

It’s not a book of techniques. You won’t find pictures and techniques in here. There is enough knowledge and material available, even on youtube, to learn from. I started as a student in 1995 when no one besides BJJ guys knew what was going on. I consider myself among the ‘first generation’ of what we now call MMA’ers. I retired from all coaching and training due to multiple injuries.

I thought that in leaving the game, I would share things I picked up from some of the greatest trainers and fighters from around the world, literally in Muay Thai and MMA and share them in a book that is short enough not to bore you to death and bloviate but the right material that you can refer back to.

Even if you think you know it all, there is always room for improvement. I especially had in mind the rash of new gyms and ‘coaches’ and ‘trainers’ who have little experience themselves. I address them as well, with a little bit of sardonic humor but give them an opportunity to turn things around.

When I had my gym, our resources were sparse. My highest level competitor Curtis Stout, fought some of the worlds best, and in those fights, which included losses, they were competitive, including Anderson Silva- to whom he lost but lasted longer than the first 3 ufc opponents combined. How did we manage to take a gym with no big names and compete in Iowa and the UFC and around the world.
without a Greg Jackson or a TriStar gym? It’s in the method.

Sure, sooner or later, competing against people in rooms with multiple champions and sponsors and full time fighters, you hit a brick wall. But man were we proud to even have made it to the brick wall with a cored group of no ore than 4 solid fighters.

If you have a garage gym or a part time gym, why not adopt a Plan, a way to achieve more than ‘just rolling’ or ‘just sparring’ and hoping things turn out good. HAVE A PLAN. 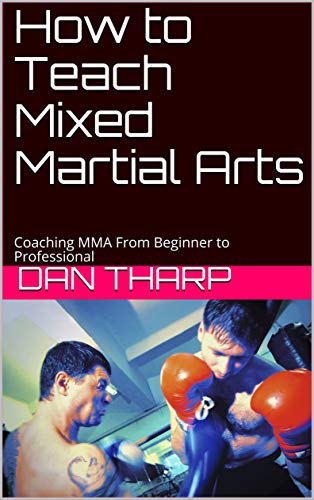 How to Teach Mixed Martial Arts: Coaching MMA From Beginner to Professional

Congratulations on publishing this book.