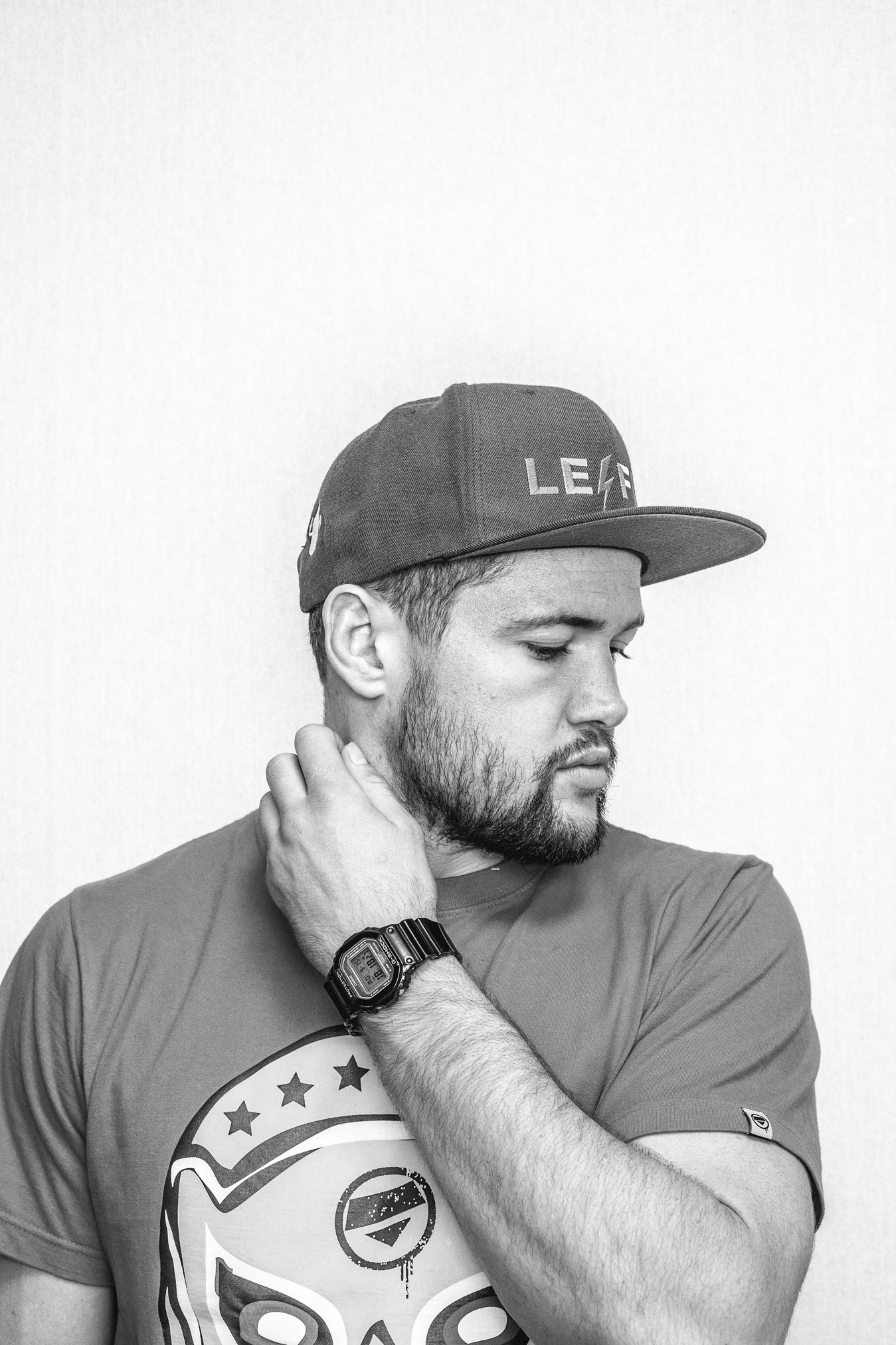 In 2013 we saw the exit of Denmark's greatest MMA fighter from active competition, Martin Kampmann, who is settling in as the head coach over at Team Alpha Male. During Kampmann's career, he held the torch for a people and the small, but growing MMA scene of Denmark. He was the first and only real talent from Denmark to make it to the big cage. As he grew others saw the potential and the scene has grown much more. Today, we have a new talent that has made lots of noise on the European scene, Nicolas Dalby.

Dalby shares a similar and past to Kampmann. Both men received their big breaks in the fantastic patron of an organization, Cage Warriors. Kampmann left Cage Warriors as their Middleweight champion. Dalby currently holds their Welterweight belt. Now in 2015 Cage Warriors has grown by leaps and bounds and have cultivated immense talent across the European continent. You might recognize their former featherweight and Lightweight champion, Conor McGregor. 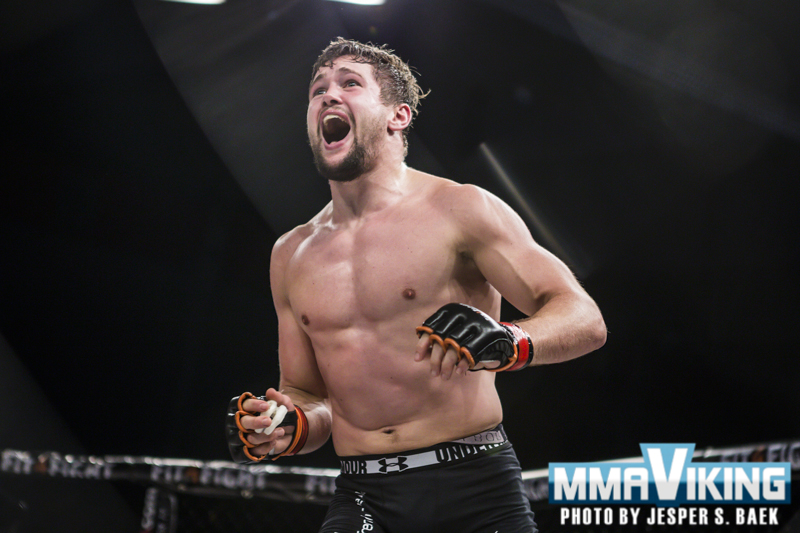 Now Dalby is no young prospect, he is to be thirty-one years old this November. Still, he is a young man and has an opportunity to present his skills to the masses. With a record of 13 wins, and 0 losses, he has proven himself a worthy signing for the UFC, especially with his recent defense of the CWFC belt.

Some may ask what sort of does Dalby possess. His background is Karate but surprisingly has pretty solid boxing, and has a dynamic grappling game with pretty efficient wrestling. I would not call Dalby a super explosive striker or the fastest by any means, but there is no questioning, he has speed in his punch's and kick's and is quite agile on the feet. Dalby uses an in and out like the legendary Lyoto Machida, and UFC welterweight Stephen Thompson. With his hands he uses a more boxing oriented and is willing to exchange in the pocket when he is confident.

Dalby is a fighter that seems to be quite aware of his abilities and how to leverage those skills against his opponents weakness's. When the opportunity to finish a fight, he pounces on his opponent, but has no issue working them over when they're too tough for their own good.

I would like to highlight some of Dalby's fights to show a glimpse of the fighter I hope to see in the UFC soon.

Way back in Dalby's amateur career you can see his high level kicking reminiscent of Stephen Thompson's debut in the UFC against Daniel Stittgen. While his hands had not fully developed back then you can see the base for which we see the champion has grown from. If you don't skip the beginning you can see one of the weirdest ring entrances I have personally ever seen.

Here in Dalby's first official amateur bout faced some adversity in the wrestling game. His defense was alright, but he showed solid awareness and was not broken in the fight after being stuck on bottom for the latter half of the first round. In round two he makes clear adjustments to how he used space and covered distance. When he played the distance game he frustrated his opponent and forced positive exchanges allowing him to end the fight with a fantastic exchange. Admittedly, we are still on the amateur circuit, but it's all about developing the base to which a career is built.


Here is Dalby's third pro-bout. This is a quick one, 6 seconds to be exact. Dalby's opponent Sinica is overly aggressive and gets countered quickly. A beautiful finish from the Dane that just deserved a quick viewing.

This is the fight directly following the Sinica fight and in the opening moments looks to be a mirror image of that contest. Dalby just up and down out-strikes the guy. Dalby is faster, stronger, hits harder, and is more technical. This is a great example of his growth. He gains the confidence to pace himself and not take silly risks even when he is battering his opponent.

A few fights later into Dalby's professional career you can see some real growth. Dalby has increased confidence in his striking which will become a theme. Dalby always had good distance, and kicks. The growth comes in the boxing, combinations and the mixing of his traditional karate with his hands and sprawls for a deadly mix of striking. He ends his opponents night rather early bullying him the whole round and finishes it with a wild flurry against the cage.


Two fights later Dalby faces a real challenge in his fight against Acodian Duque a wrestler from Spain. Dalby really has to fight and get creative since he definitely loses a round to the top control and passing of the Spainard. Dalby decides to use forward pressure power strikes to back Duque up, then uses his wrestling against him landing takedowns of his own. This was quite a close fight and came close to ending the Dane's unblemished record. The striking game and forward pressure stole the show and the latter half of the fight Duque was struggling with his own wrestling and being put on his back. Dalby showed heart and adapted well.

Dalby makes his Cage Warriors debut here against reigning champion Sergei Churilov. This was at this point Dalby's biggest fight and biggest opponent. Churilov is a really dynamic fighter sporting quite the record (15 wins 2 losses). Dalby shows some weaknesses to the jab here and straight punches, but he counters it. His answer to this attack from Churilov is lots of kicking. Dalby uses high power and high paced kicking, mixed in with lots of bursting combos. To the contrary of many strikers using their punches to set up their kicks Dalby uses his kicks to set up his punches. The two men reach the fourth round and Dalby lands a hell of a front side roundhouse kick to Churilov's chin. This puts him out on his feet. A great win for Dalby showing his dynamism.

Now we find ourselves at Dalby's last fight against the touted Mohsen Bahari. Bahari is a what I would describe as a sprawl and brawler. Not to take anything away from him. The man has god given power and that is by far the biggest challenge faced in this bout by Dalby. Dalby shows a fantastic chin and blasts Bahari with his own strikes all night and shows how effective his wrestling has become.

In the act of research I found a mini-doc fightland did on Dalby. It gives a glimpse into his camp and what sort of man he is. Enjoy:

The undisputed welterweight champion of Cage Warriors has his eyes on the big stage now and is ready to test himself against the best. With the European talent flooding in, it only makes sense to grab Dalby before another organization makes him an offer. There are not a lot of men able to exude the confidence he has, and present traditional martial arts as an applicable road to being a fighter. 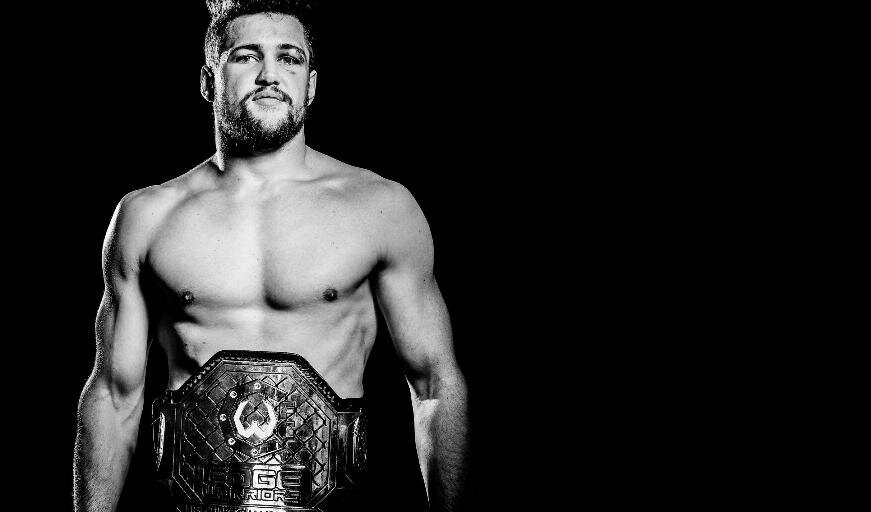 Shout out to Cage Warriors for having such a great organization.

Shout out to MMA viking!

heres the fightland video that wouldnt embed in the original post.

this one really got no love. lol where the euro fans at.

Really well done article highlighting a talented, smart fighter like Dalby. You pretty much covered every point possible, but he reminds me of a GSP in that he mixes up his kicks and strikes with surprisingly sharp wrestling and a solid top game.

I mentioned this guy in the prospects thread, and I expect big things in 2015!

Really well done article highlighting a talented, smart fighter like Dalby. You pretty much covered every point possible, but he reminds me of a GSP in that he mixes up his kicks and strikes with surprisingly sharp wrestling and a solid top game.

I mentioned this guy in the prospects thread, and I expect big things in 2015!

Nicolas for sure has the talent to be in the UFC

I made this highlight for him

BTW im pretty sure his CWFC fight against Sergei was for the vacant WW belt...

And BTW Nicolas is fighting out of Rumble Sports Copenhagen, which also is the team of CWFC womans bantamweight champ Pannie Kianzad, and soon to be CWFC LW Champ Damir Hadzovic...

And very exciting up and comer Mads Burnell...

I made this highlight for him

BTW im pretty sure his CWFC fight against Sergei was for the vacant WW belt...

i think it was. il fix that

guess who just got signed by the UFC

That's great for Dalby. Good luck to him.
Let's hope this can help draw the UFC to Copenhagen next year.

Happy for Dalby, but this signing makes me sad, as this is looking bleaker for Cage Warriors. I hear their newly crowned women's bantamweight champ just signed with the UFC as well.

So much talent there. Man, what a great show they had. Hope things work out, if not with the office, then at least the fighters.