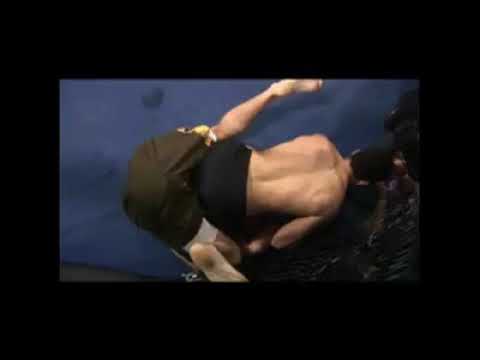 Hello everyone! I would greatly appreciate if u watch and critique my 3 MMA fights! I think that you will truly enjoy them! The 3rd fight was voted the 3rd best fight of the year for the Ultimate Combat Experience in Utah from 2005!

You’re a very scrappy fighter. Respect for getting in there. Did you think about slamming out of that triangle in the second fight?

Clockworks-
Thanks a lot for the great compliment! Greatly appreciate that! Yes i thought about slamming out of the triangle. Unfortunately, that though didnt enter my mind until after the fight. My opponent coach told me after the fight that i should have picked him up over my head and slammed him! After that fight i learned what to do in that situation. Do you remember how Rampage slammed Arona? I learned a valuable lesson! Thanks my friend!

Hope that nose is ok after the 3rd one.

Did you try continuing on after these fights at all?

Steven McTowelie-
Thanks a lot for the kind words! Greatly appreciated! I have been training consistently since my last MMA fight(which is actually the 2nd fight in the video). The fights are not in order. The fight in which i broke my nose was in 2005, 2 years before the first 2 fights in the video. My nose was, and still is broken in 2 places, and i have a deviated septum. I actually straightened my nose myself at home the same night it was broken. I dont know what the hell i was thinking lol. I told Erik Paulson at his seminar (hes an amazing person by the way) that i straightened my nose myself. He said “you did a pretty good job!”. He was really surprised that i did that! I think im even more surprised lot l!

Unfortunately, i never fought in the ring after my last fight in 2007. However, i have still been training incredibly hard and seriously with little to no breaks! I almost had a couple fights after but i felt that something was holding me back! Things such as my parents being against it, and also a lot of self doubt in my abilities unfortunately. I have done a lot of grappling tournaments until this day!
Thanks so much! Good luck in all of your endeavours!

That makes more sense that was the first fight you spoke of with zero regrets.

Glad to hear you’re still at it, fights or not. We all have self doubts for sure (or a lot of us anyway!) regardless of what we do for a living.

Awesome you made it in there and had some entertaining fights.

And you’re a tough mother fucker straightening that out yourself!

You have a refreshing attitude I must say.

Thanks a ton for the kind words! You really made my day! That is some great advice! Yes i still want to fight at least once again! Im still obsessed with MMA and training!

Hello everyone! Can someone please tag CRE in this thread!? He was clowning on me years ago on another thread!

How are you my friend!?

Can someone please tag CRE in this thread!?

He left the forum.

Crowbar
No way!? Damn ! He sure made a name for herself on this forum! Basically i stated in another thread years that was titled “I keep putting up with disrespect!” about how i was always letting people disrespect me and walk all over me in social situations and among friends and acquaintances. I mentioned that i had trained for many years in the “arts!”. CRE was mocking me man i stated that i train in the arts. I always wanted to set him straight lol!

Failure at predicting fights (I think it was a gimmick)

Crowbar
Thanks brotha! Yeah that pissed me off lol! Deep down inside I was thinking that this fool has no idea who I am lol.

Care…haven’t heard his name in some time!

Yeah I haven’t been on this forum for a long time and didn’t notice CRE who came off as a real cocky douche by the way lol, wasn’t posting here as usual.

Let’s be honest! Look for a different sport…try chess.

Let’s be honest! Look for a different sport…try chess.

What have you done with your life?

400-0 in the streets like Rickson? Champion of the heavy bag?