Rogan vs Mencia II in Austin? 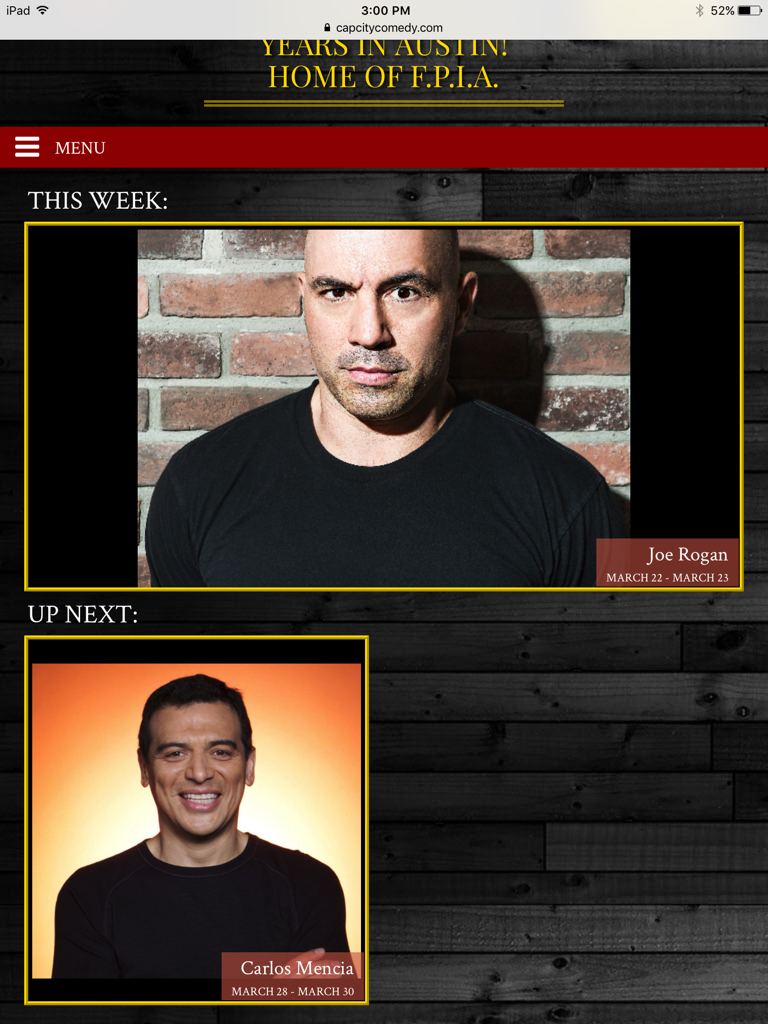 Rogan should get him on the podcast. Would do yuuuge numbers.

I remember him being quite rotund.

According to the pictures they're different weeks but what the fuck does that matter with this place?

According to the pictures they're different weeks but what the fuck does that matter with this place?

Yep they are gonna somehow fight each other a week apart. I heard Joe is just gonna wait for a whole week to kick Mencias ass.

I guess Rogan ‘won’ that battle...

Him and TJ on the same stuff.

Rogan should get him on the podcast. Would do yuuuge numbers.

Why would he do that? The Mencia controversy actually cost Joe professionally, it was a career setback. Why would he want to give any shine to the guy who caused that?

If you liked that "dee dee dee" thing you are a terrible person. Not because of retarded people ,but because it isn't funny

I guess Rogan ‘won’ that battle...

Correct. People don't remember because Joe is so successful now. His career took a hit because of the Mencia controversy.

At the time of the beef, Mencia was much bigger and more popular than Joe. Mencia had a Comedy Central TV show, best-selling DVDs, national tours. His career was on the upswing.

Mencia and Joe belonged to the same talent agency. When Joe confronted Mencia about joke stealing, the Gersh Agency sided with Mencia. They booted Joe from their talent roster and got him banned from the Comedy Store. They were betting on Mencia as their star.

But they underestimated the power and influence of Youtube and the internet. The confrontation spread far and wide, and soon Mencia's plagiarism became what he was known for.

Meanwhile, Joe started his podcast in his living room in 2009. The rest is history. His popularity and influence have never been higher. And he did it on his own terms.

Joey Diaz had mencia on to sort of reconcile. It wasn’t that interesting because Joey didn’t press him on any old shit. I think it was a sort of therapy for Diaz, moving forward without anger.