SlapFIGHT Championship: Helping to build a sport one slap at a time

Slap fighting. It’s a phrase that’s sure to elicit a wide range of responses. Maybe confusion, curiosity, and often times disdain. Yet that’s just fine with SlapFIGHT Championship CEO JT Tilley. He understands this new combat sport has a reputation problem to overcome. That’s why, for the last three years, he has slowly built an infrastructure to turn his slap-themed passion project into a profit-making machine.

“When you say the phrase, ‘the sport of slap-fighting,’ most people [are] going to kind of roll their eyes. I realize it’s a radical movement,” Tilley told MixedMartialArts.com. “But I was there when MMA was a radical movement. I remember when it was called no holds barred before anyone even came up with the term MMA. I remember when they made it to where we had to run to the Native American reservations to continue doing shows. I remember those days, and I’m not afraid to put a little money out there and a little elbow grease. Twelve shows later, we are a profitable company because something wonderful happened, and the universe blessed us with the YouTube algorithm."

Check out the full article at the link below and learn a little something about the growing biz of slap fighting. 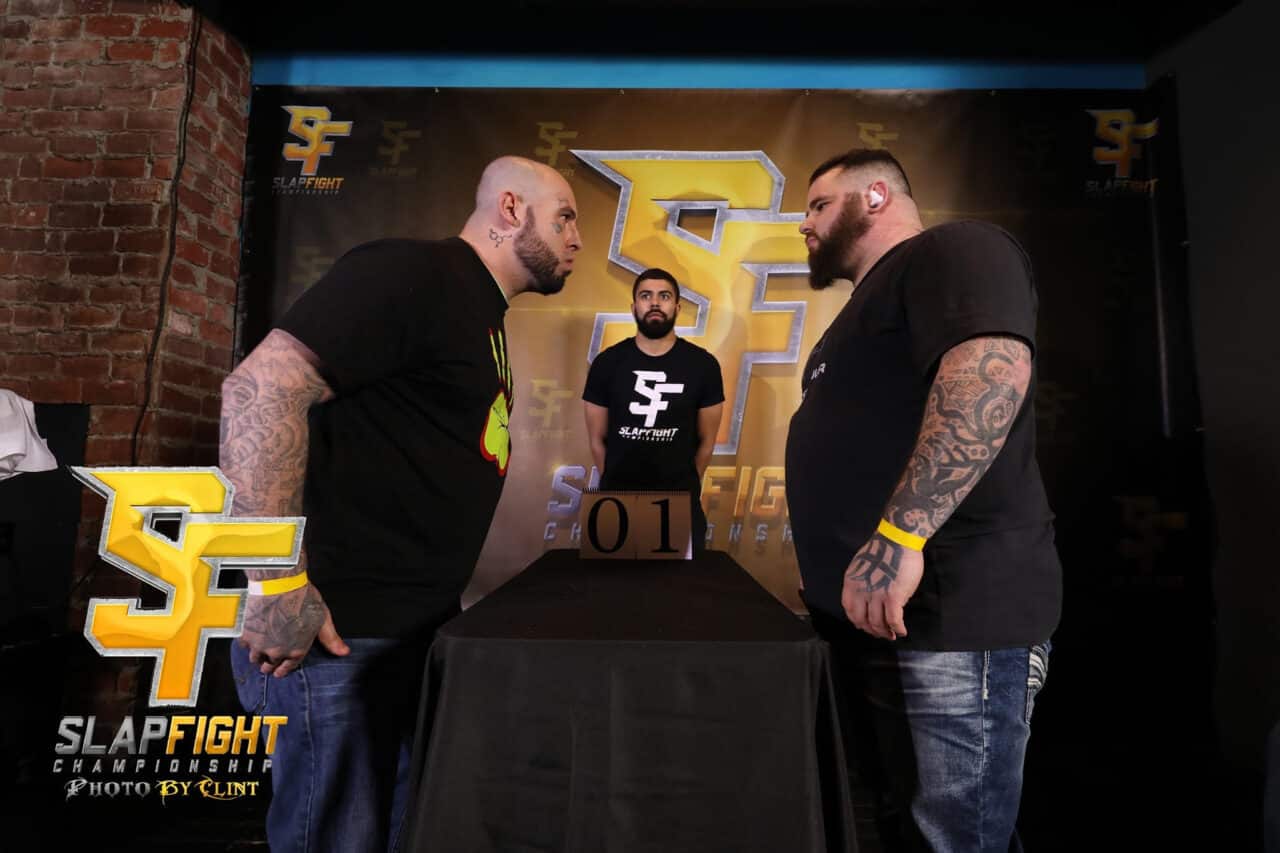 SlapFIGHT Championship: Helping to build a sport one slap at a time »...

Slap fighting is taking the world by storm. What is it? Find out in our exclusive interview with SlapFIGHT Championship CEO J.T. Riley. You have to see these slaps.

Is this a full time gig for you?

stupid as shit but fun to watch

stupid as shit but fun to watch

Exactly this. I do take some perverse enjoyment in watching it, if I’m being honest.

When is the next event? You can’t be recognized if you don’t promote or have a website. I don’t have Facebook

I know slap fights existed, I didn’t know there is a league. You know how much fun it would be to get some buddies and bet on each round.