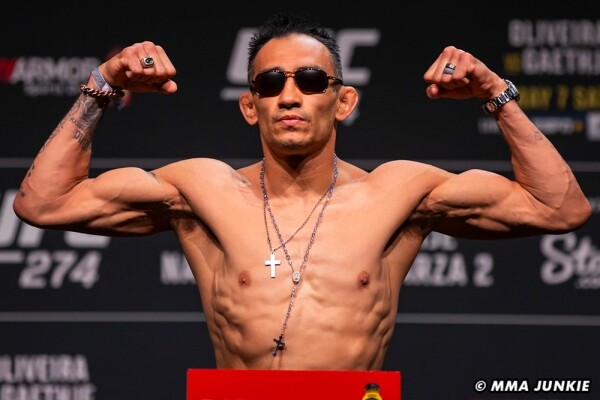 Tony Ferguson: 'I'm ready to be part of a team again' after KO loss to...

Tony Ferguson has clarity about his career after his viral knockout loss to Michael Chandler at UFC 274.

Tony Ferguson has clarity about his career after his viral knockout loss to Michael Chandler at UFC 274.

Ferguson (25-7 MMA, 15-5 UFC), a former interim UFC lightweight champion, was stopped by strikes for the first time in his career this past weekend when Chandler (23-7 MMA, 2-2 UFC) caught him with a highlight-reel front kick to the face. The outcome extended Ferguson’s losing skid to four fights, and raised questions about his future.

Although it might seem like a grim situation from the outside, Ferguson is internalizing it well. He knows he had a strong first round before being halted by Chandler’s epic kick just 16 seconds into the second frame, and he thinks minor mistakes not only cost him the victory – but also led to his defeat.

“I got knocked the fck out,” Ferguson told MMA Junkie in his first interview since UFC 274. “I don’t want that sht to ever happen again. It could’ve, one – been prevented – and two, I should’ve had him finished in the first round. As soon as I knocked him down. The little basics that I could’ve did to make sure I could’ve got out in the first round, and everybody would be kissing my ass. But God works in mysterious ways, and he’s not ready yet, son. He had me sit down and take a nap and rest for a second, because I work my ass off this camp with this humility that people want to present to me. I’m a new man. I don’t care. I’ve been to hell and back and I’m here now. Reborn again. And I’m here to take over.

“There’s only so much humility a man can go through. I’ve been through it all, right? I’ve had my belt stripped – I don’t have to go back and refurbish all that stuff. But going back and looking at it, the first round I didn’t do too bad. I was having fun in there, I had a good fight week. I started loosening up in there more toward the fight, which was fun. It was really good to be back in there, I’ll be real. Except for the second round. The second round, I’m still kind of flabbergasted why I was backing up.”

Ferguson’s primary goal moving forward is to right the ship. He thinks that starts with his preparation.

For the majority of Ferguson’s tenure as a top-ranked lightweight in the UFC, he has not been part of what would widely be considered a traditional training camp. He has not been engrained with one of the well-known mega-gyms across the United States, and has followed a more boxing-style route where he works with a hand-selected group of coaches and training partners.

Ferguson said he believes it’s time for that to change, though. He said he’s spoken to a number of high-profile individuals about training together, and sees an opportunity to change his ways.

“I’ve had ‘Pit Master’ reach out to me – John Hackleman,” Ferguson said. “You have Jackson-Wink, as well. You have Syndicate out in Vegas. You have the UFC P.I. You have many, many people. But I haven’t put myself out there. I put myself away from the interviews, I put myself away from the teams thinking I could do this by myself. And I did it. I’ve done this by myself for a very long time with the help of a select few individuals, and I’ve been very fortunate to have that. But I’m ready to be part of a team again. It was only when my team broke up that I felt really hurt that I moved areas, that I moved situations, switched management and all the above. I have to open myself up again to being coached at a high level. Especially in my sport.

Ferguson, 38, was issued a 60-day medical suspension by the Arizona Boxing & MMA Commission in the aftermath of his loss to Chandler at UFC 274 in Phoenix. UFC president Dana White said post-fight that he would like to see Ferguson take an extended layoff from competition.

It remains to be seen when “El Cucuy” will step back into the octagon. However, it’s something that’s going to happen.

Ferguson knows there are critics who question the current state of his career, despite all his losses coming to the elite at 155 pounds in Chandler, Beneil Dariush, Charles Oliveira and Justin Gaethje. He was unequivocal in stating that his passion for the fight game is at an all-time peak, and he has no intentions of walking away.

Once Ferguson finds a training situation that he believes in, the conversation about when he steps back into the octagon can begin.

“What I’ve always done is call my shots with the UFC,” Ferguson said. “I’m a shot-caller with the UFC. Any time I want a fight I always bring myself presentable. My relationship with Dana is decent. I might say a couple things and act on it, but that’s not me retaliating. That’s me defending myself. That’s me being able to speak and have balls. Be a man. For a while there I felt like I had to be quiet and earn my respect and earn my value, but I stopped worrying about all that sh*t.

“When I’m ready to fight I will let the UFC know, and I guarantee you they’ll let me know, too, ‘Hey, this is who we have.’ I was ready for (Islam) Makhachev in Abu Dhabi if some things would’ve been a little bit different. But I try to take these opportunities and present them so I’m there for the company. They know I’m a company man, and that’s why they said I’m not going anywhere.” 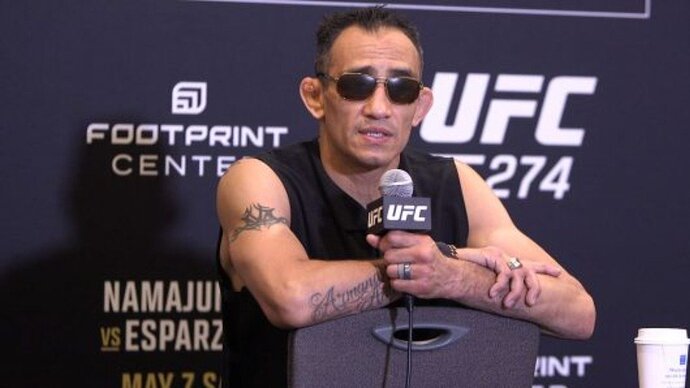 Tony Ferguson Is Eager To Find The Right New Coach

Former UFC interim lightweight champion Tony Ferguson is on the hunt for a new coach following his most recent knockout loss. Ferguson fell to Michael