Munhoz was adamant that he did not take any PEDs what so ever. That is a common stance, but what happened next is, mercifully, uncommon.

Munhoz secured the services of anti-doping specialist Paul Scott, who did an investigation and is appealing the decision with the Nova Scotia Boxing Authority. Here is his full statement to Guilherme Cruz for MMAFighting.com.

I was informed by the Nova Scotia Boxing Authority that my exam came back positive for high levels of testosterone and they would suspend me, but I appealed. We called a lawyer because I had to prove my innocence. I only appealed because my conscience is clear, and I know I didn’t do anything wrong. We appealed, I wasn’t suspended, and they didn’t announce the test results. The commission took a step back.

This commission hasn’t worked in a MMA event for 10 years, and they have no experience in doping control. I fought four times in Las Vegas, was random tested several times, and tested on fight night in the United States and in Brazil, and never failed a test. The first time I fight in Canada, they didn’t find any illegal substance but say my testosterone levels were high.

We called a specialist, Paul Scott, and the commission couldn’t explain why my levels were high. We asked the commission for documents, explaining what happened, and it took them three months to send me back. They sent us a 150-page file, and we gave it to Paul Scott. He examined the entire thing and said ‘this is a joke, it’s all wrong’.

The person who collected my urine was a man, and they say in the file that it was a woman. That doesn’t exist. The urine samples are put in different containers, but they used the same one. The urine sample must be kept at certain temperature, but it wasn’t refrigerated at all. That changes everything.

The testosterone levels can go from 300 to 1100, and my level was at 850. That’s in the limit. ‘Oh, but your last test from Las Vegas was at 410, and was 850 this time’, they said. But that’s not above the limit. And everything can change your testosterone level, even if you didn’t sleep properly, if you had sex, or if you took supplements. I was using two supplements, Vitrix and ZMA, and both are legal. I always ask the UFC before taking anything, and they told me I was allowed to use them.

When the UFC heard about all this, they thought I was lying and the commission was right, but now the game changed. My lawyer finished our final letter, but the commission doesn’t respond. The UFC is taking care of this situation directly with the commission. The UFC said this is a joke and I can’t be suspended. I didn’t use any illegal substance and they can’t prove otherwise. The commission made a mistake, they don’t know how to do a drug test.

It’s taking forever. I fought in October, they contacted me in January, and it took them three months to send me the documents after my appeal. Our specialist analyzed everything and said they are wrong, and I have the right to appeal.

We are disappointed with the commission. Unfortunately, we are dealing with a commission that doesn’t have any experience. It was their first MMA event, and they were not organized ever since I did the urine test. For an example, I had to sign two different cups, which is normal, but they made me sign three -- and the last one with a different time than the others. Unfortunately, I’m suffering consequences from others’ mistakes.

I worked hard to get where I am and I would never do anything to put my professional and personal career in danger.

Nova Scotia Boxing Authority chairman Michael MacDonald told Cruz that the UFC did all the drug testing, and had it tested at a lab in Nevada. MacDonald said he was informed of the test failure by the UFC.

"All we did was stand by and watch," he said. We're just there for the protection and of the fighters and to make sure the rules and regulations are followed. These guys, they have a well-oiled machine. They're doing this all over the world. They're very, very competent."

MacDonald is waiting to hear from the UFC "to make sure we have all the facts and clarity on everything."

The UFC told Cruz they are "in the process of continuing to gather all of the pertinent information, including communication with Munhoz’s legal representation."

Munhoz said his attorney will meet with the NSBA this week to seek solution. With USADA now running PED testing for the UFC, odd circumstances like this should become a thing of the past, but integration of USADA and the existing regulation structure has barely begun, so this is not likely to be final uncommon test failure. 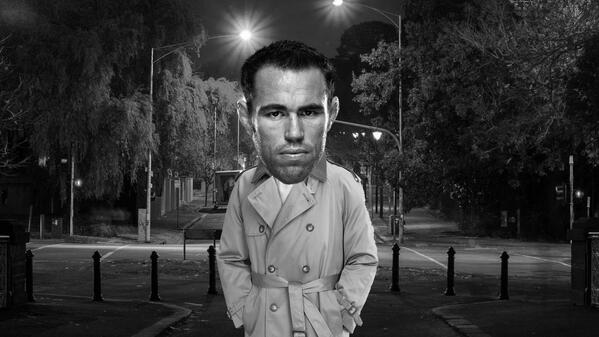 Yes....God knows Munhoz beating Sanders in the bantamweight divisions must have completely scuppered UFC's plans and cost them untold millions.

Of all the laboratories on all of the p
providences he could have walked into, he had to walk into mine. Eh?


At least you are admitting it now.

assuming he's not injured he's already missed out on a fight and could have already been scheduled for another if it weren't for this bs. dude needs to get paid

So wait they said this levels were elevated only because they went up (within legal range) from one test to another?

Wow. So who is doing the testing? Did it take 3 months because they had to get the info from Zuffa? Why is Zuffa now dealing with the commission directly for the fighter when they have apparently done the testing as well? Sounds shady as fuck and this guy is missing out on fighter/getting paid.

Jimmy Wrassler - Wow. So who is doing the testing? Did it take 3 months because they had to get the info from Zuffa? Why is Zuffa now dealing with the commission directly for the fighter when they have apparently done the testing as well? Sounds shady as fuck and this guy is missing out on fighter/getting paid.

This is just one of many regulatory issues from the Nova Scotia show.  I've highlighted all these here for anyone interested -

Unreal that these clowns are trusted with carrying out processes which hugely affect the careers of other people.

Why is the ufc failing guys on purpose for?

Rock the Gaspare - So wait they said this levels were elevated only because they went up (within legal range) from one test to another?

That's what it sounds like.... which is bullshit.
As he said levels change naturally. Unless it was the ration being above the allowed ratio .... level change within limits isn't anything.

This might be a first time for a failed test that should be overturned.

it's pretty well known that testerone levels vary wildly throughout the day, and are typically highest in the morning.  this is part of why TRT candidates get morning blood draws....  the other reason, is the consistency of the test....