The Immortal Declares War On Turkey 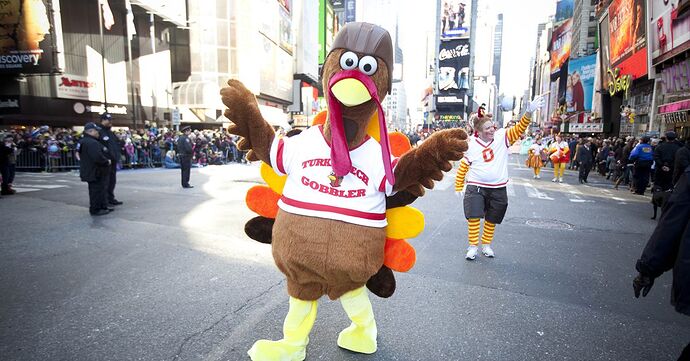 UFC welterweight slugger Matt Brown does not want to eat turkey on Thanksgiving and argues it’s the worst possible meat to enjoy over the holidays. 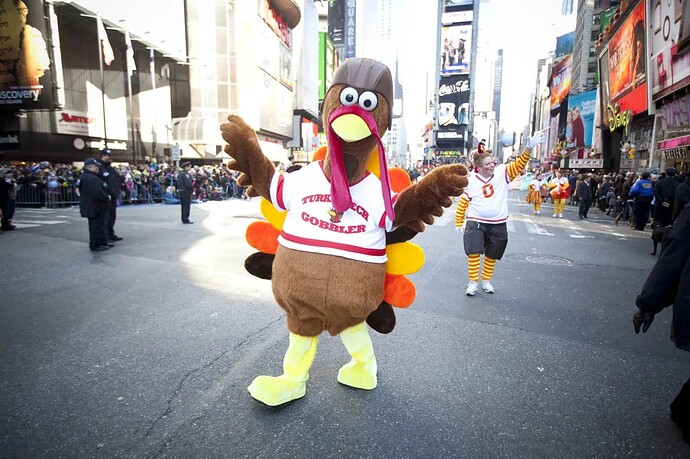 Take this bird and shove it.

UFC welterweight slugger Matt Brown has declared war on turkey, denouncing the “flightless buzzards” as “bullshit meat.” Instead, “The Immortal” MMA veteran wants families to gather ‘round the dinner table for a nice juicy brisket.

“So excited to eat turkey again this year! Said no one ever… I’m advocating again this year to make brisket the holiday meat,” Brown wrote on Twitter. “Steaksgiving! If Turkey was a decent meat we wouldn’t only eat it once a year. It’s only good for fucking deli meat.”
Supporters have started to flood Brown’s timeline with less traditional turkey recipes, like frying the bird in peanut oil. While it’s certainly an improvement over the old school “bake at 350 for 15 minutes per pound,” Brown argues it’s still inferior meat.

“Not cooking or eating this bullshit meat,” Brown continued. “I’ll be eating grandma’s ham or I would just order a damn pizza or something. Anything beats Turkey. Anything. The best fried Turkey ever isn’t as good as fried chicken for one, or as good as a mediocre steak. This is not even subjective it’s very clear and obvious.”

I guess the finicky Brown won’t be having lunch at Liberty Tree Tavern inside Magic Kingdom at Disney World, where they crank out roasted turkey on a daily basis. And that’s before we get to the Turkey Leg Cart in nearby Frontierland.
“Lol so we inject it to change the taste of the inside and fry it to make the outside taste good,” Brown said. “Or I just throw a streak on grill for ten minutes because it’s actually a decent fucking meat. Turkey sucks so much you have to gravy the shit out of it to eat it. Point proven.”
I love steak but I’m not sure it pairs with cornbread stuffing and cranberry sauce.

“Eat it every week then. Oh that’s right they don’t even sell the trash the rest of the year due to lack of demand for garbage,” Brown said. “Going to go teach Muay Thai at my gym now. Please continue the war against Turkey until real change has been made. Steaksgiving > Thanksgiving. Any meat > Turkey. Also UFC should have an event on Thanksgiving because MMA > football.”

I thought you meant the country

Ever pull a wishbone from a pizza?

Only if I’m alone or with somebody

“Not cooking or eating this bullshit meat,” Brown continued. “I’ll be eating grandma’s ham or I would just order a damn pizza or something. Anything beats Turkey. Anything. The best fried Turkey ever isn’t as good as fried chicken for one, or as good as a mediocre steak. This is not even subjective it’s very clear and obvious.”

Spoken like a man who has grown tired of turkey after years of cutting weight! He is done with that shit! Good suggestion too about making brisket the holiday meat, a good Texas style smoked prime brisket is one of the best meats on the planet. He is right, fuck turkey, that is calorie counting weight cutting food not celebration food.

It’s fine to shit on turkey lol but when you mention ham as an alternative you lose all credibility.

Yeah that’s hard for average person to handle though unless you’re talking about just your small immediate family.

Yeah that’s hard for average person to handle though unless you’re talking about just your small immediate family.

It’s time-consuming a bit, yeah, but I find baking a turkey is harder, constantly basting, etc., You can bake some steaks to 120-140 degrees in the oven for 40 minutes or so on low heat (250-275), then reverse-sear them in a cast iron skillet a few at a time, 3-4 steaks (depending on size), wrap them in foil and keep on searing. I’ve done 10 steaks in shorter time than it would take to do a huge turkey. I agree though, it all depends on the size of your gathering.

In other news, Matt Hughes has said eggs over easy can go fuck themselves and he no longer considers them part of the Country Breakfast Family.