the problem with penalizing the guard pull

It really ruined the final matches at ADCC for me

lets get the best guard players in the world, have them compete in trials with regular BJJ rules, and then take the cream of the crop and have them wrestle each other.

Aren't you able to pull during the first ten minutes but not thereafter or was there a rule change.

I'm the finals the negative points start right away

Almost every match, after the fact, you can just fast forward to the 10 minute mark.

Otavio and Kron was terrible.

Cobrinha and Mendes was pretty bad.

The idea of no points sounds great but it just leads to no real attempt to compete until points start.

It's submission WRESTLING. How about focusing on that a bit more?

Do away with points for sweeps and takedowns, give points only for side control, mount and back. It will lead to the least amount of stalling and passivity, IMO.

Maybe, just maybe, guys should work on their takedowns.

if they want takedowns at adcc why not invite judoka and wrestlers?

whatever they are trying to do with the split rules of points after a set amount of time is bs.

kron otavio was a schuabb fest till the last min where otavio shot a double trying to win with a td and was tapping before krons back hit the mat.


you either have points in a match or you don't. that half stepping bullshit was dumb

The probably was the finals were the negatives (guard pulling) started immediately, so know one wanted to risk pulling and that's why we got wrestling matches

I understand the complaint with the result....but shouldn't the best grapplers in the world be able to muster up some decent takedowns?

You can't have your cake and eat it too. People will/do complain either way. Just take it for what it is and if you really enjoy the double guard pull you can watch that take place at all of the other tournaments throughout the year. I

Penalizing guard pulls results almost exclusively in terrible wrestling matches. You would be hard pressed to find a competitor willing to sacrifice an advantage during a high level match.

And while I agree that all competitors should be proficient in takedowns, you're nuts if you think these guys aren't training their wrestling everyday. It takes a long time to get good at something like wrestling, you can't expect these guys to have Olympic level skill. That's like complaining that MMA fighters don't have the same stand up ability as pro boxers.

Personally, if I want to watch wrestling I will watch wrestling. Ultimately, submission grappling fans want to see submissions, not takedowns. Even if both guys are scissoring banging at least one of them can heel hook the other.

Hmmmmmm I think the idea of taking away takedown and sweep points sounds kind of interesting.

joshjitsu - Hmmmmmm I think the idea of taking away takedown and sweep points sounds kind of interesting.

I like the idea as well. It would makes things really interesting.

UNIFIEDTEAM1 - It's submission WRESTLING. How about focusing on that a bit more?

yeah, lets put more wrestling in there...oh wait, you mean there are rules in wrestling to make it more exciting? rules that ADCC/BJJ/SW does not have????

wait, you mean there are wrestling tournaments where you can just fucking watch wrestling if that is what you want to see? wuuuuuuuut? 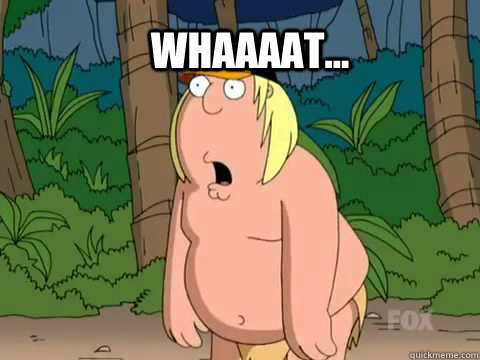 what if the negative point was for guard passing but than it was 3 points for a sweep?

joshjitsu - Hmmmmmm I think the idea of taking away takedown and sweep points sounds kind of interesting.

yes..No advantages or ref's decistions either. I've been arguing for this in all of the previous pts vs. sub only threads...
Then sudden death/victory ot....1st pts or sub wins.

UNIFIEDTEAM1 - It's submission WRESTLING. How about focusing on that a bit more?