UFC 269 kicks of at 6 pm ET with the early prelims on UFC Fight Pass and ESPN+. The core prelims follow at 8 pm ET on ESPN 2 and ESPN+. Then the main card PPV at 10 pm ET is exclusively on ESPN+.

And he’s probably going to lose.

I really don’t know anything about his opponent.

I was thinking it was Jimmy Rivera, and was hoping cruz would win. Pretty sure Jimmy Rivera is the guy who fights like Hank from from Me, Myself and Irene. Obnoxious style of feinting and air punching.

Unless he gets injured or hurt early, Cruz will get the decision, muñoz is too flat fooded.

At least that’s what I am hoping I put money on Cruz.

I got Cruz winning by decision

You could be right. That was his downfall against Aldo and Edgar. But he’s tough and puts lots of pressure on people. I don’t think Dom has the speed or cardio to have the same success his style has brought him over the years. He nearly lost his last fight and I just have a feeling he’s gonna catch the L hard this time. Sorry about your financial loss, my fren.

I got Cruz winning by decision

Well how else would he win?

Haha let’s see he’s an old horse but I think he has enough left for someone mid-high level like Muñoz. He beat this Casey guy not too long ago too.

Haha let’s see he’s an old horse but I think he has enough left for someone mid-high level like Muñoz. He beat this Casey guy not too long ago too.

Yeah, that’s why I think he loses tonight. That was a close one and there were a few points where he had to resort to trading if I recall correctly. He can’t trade with Pedro. It should be a great fight to watch either way though. 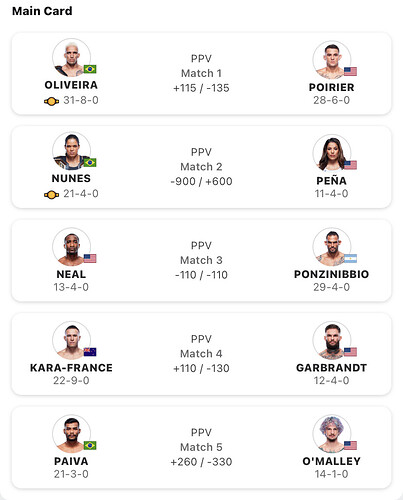 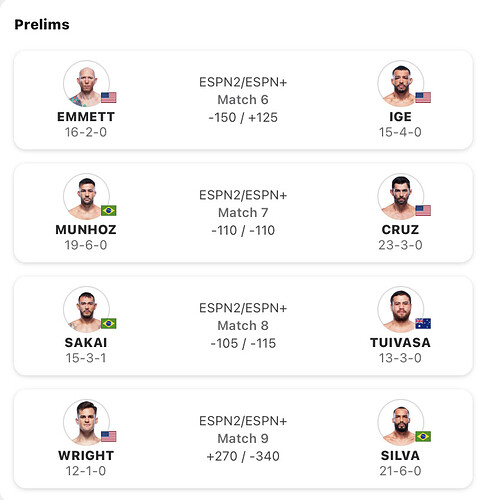 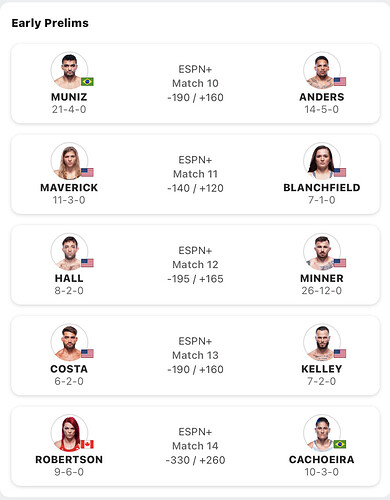 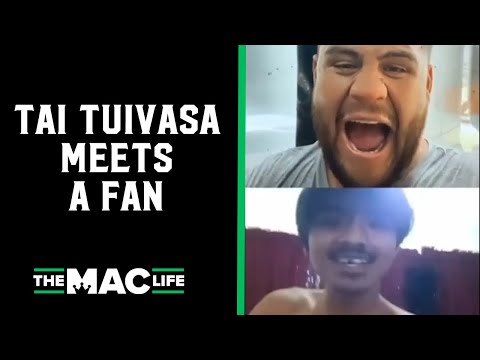 I think Dom is starting to look old watching him hit pads on embedded. Looks to have lost some of that fast twitch and the hands aren’t coming back up. I’ll just be an observer of that one.
Man Dustin sure does hold that champ energy well. I think Charles will be too fast and sharp but it’s really hard betting against Dustin and his experience. Still going Charles.
Bets locked in so far Charles, Emmett and ponzi.

I really don’t like the idea of having a champ that got smashed by the now retired champ. It devalues the belt.

I really want Charles to win, sure Dustin is a great guy, but I think if Charles is in charge of the division, there are a lot of fun match ups to make

Doesn’t matter. Khabib woulda smashed Charles too. And it doesn’t matter who wins this fight or the next fight with Justin either because they will all lose to Islam next year lol