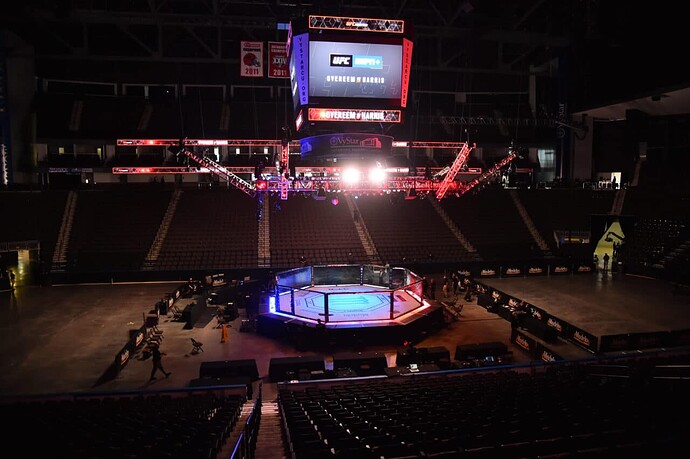 I don’t doubt that fighters go into the cage injured all the time in order to get the coverage. It makes me wonder why they even bother to sign these contracts.

I don’t see anything short of some sort of government intervention changing it, either. Not trying to make this a political thread, but Andrew Yang, who just lost the race for NYC mayor (who the fuck would actually want to win that) made some waves prior to last year’s election that if the dems won and he found himself on or near the labor committee, that he would actively go after the WWE for their longtime disposition of having “independent contractors” and their treatment of them, which is no doubt similar to the UFC’s. In fact, it’s kind of the archetype in many ways.

Also too, at some point, even though it moves at the speed of a tectonic plate, the UFC Antitrust Class Action suit was certified, which at least technically, gives the fighters a path forward to pursuing what they contend is more fair and equitable treatment, which I’m sure will open a bigger conversation on more than just the UFC’s supposed indiscretions in terms of limiting the MMA market.

Personally, if I’m a fighter, especially at the level of a Rose-Clark (no offense meant to her specifically), I’m probably saying “fuck all that” and looking for my next life stage. Prizefighting, for most participants, is a shitty, brutal business that leaves them oftentimes worse off than where they starting. Is that right? Should Dana White and UFC be the ones responsible for fighters being paid more or receiving full coverage? Not my decision to make, but with the available data we do have and the state of the sport being what it is, I say you’d be fucking crazy to get into this.

If you cannot make a living doing the job you want to do, maybe you should have a back up plan.

I thought the ufc provided coverage, no? Or is it only fight night coverage?

$550/month is super cheap from what I’ve been quoted. Welcome to 1099 life I guess? Anyone who owns their own business faces this and it’s WAY more expensive with a family. You have to switch regularly too as the plans are a moving target. Saying this highlights UFC fighter pay/benefits is hilarious. The healthcare insurance system in our country is a dumpster fire that none of our ‘leaders’ want to touch with a 50 foot pole.

$600 a month is not a realistic number. A normal company may get that rate based on their company size and the fact most people don’t suffer many injuries in a given year But that won’t be the case for insuring fighters who are guaranteed to have a high utilization rate.

I wonder if something like AFLAC could work. I don’t know if they require you to have real insurance but fighters would get money back if they got hurt, needed an Xray, MRI, had surgery, rehab etc.