The UFC LW division from 2016-present has been the best thing going in MMA since PRIDE died.

Leads the sport in FOTN/POTN award winners by a mile and has for years and years.

Oliveira vs Chandler on Saturday. Two great vets with a combined 24 years in Bellator and the UFC.

Poirier vs Conor likely determines the next title challenger.

Gaethje is waiting to perhaps fight the loser of one of these two fights, not sure.

Dariush is riding a six fight win streak, a win over Tony puts him close to a crack at the top 3.

RDA coming off the Hooker win, former champ back in the division.

Makhachev is riding a 7 fight win streak and will likely have to win more in a row than even Oliveira to earn his title shot.

I’m hoping Charles wins the title and defends it successfully vs the Poirier/Conor winner. Will be interesting to see the next couple title fights plus Poirier Conor III and the Gaethje, Dariush, Gillespie, Makhachev and RDA fights as they try to get a crack at the gold in 2022.

Watching Gillespie break Ferreira in that dog fight last weekend and looking forward to the title fight and Dariush Ferg.this weekend gives the division some of that excitement it just had when they just did Khabib Gaethje and Poirier Conor II.

With UFC would quit fucking around and just go Gaethje vs Makhachev or Gillespie and maybe the winner of that could get the next title shot after the Conor Poirier winner. Even better, the winner of a four man tourny between Gaethje/RDA/Gillespie/Makhachev would make a good title challenger for after the Conor/Poirier winner gets their shot. That cuts the Dariush/Tony winner out of the mix but there is no perfect way to setup these things in a promotion that won’t run grand prixs.

Stephens vs Gamrot also set for the 17th.

Using fightmatrix rankings, Moises is the 16th ranked UFC LW and thats what Makhachev gets after a 7 fight win streak? Amazing. Dana must be sticking it to Khabib for not doing the Conor rematch before retiring… 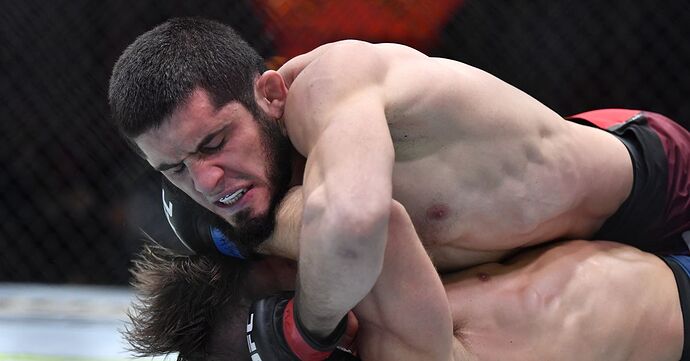 The standout lightweights will face off at a summer UFC event.

Very odd match up for Islam, but that rationale makes sense

RDA fought Felder in his return to LW when Felder made weight on days notice to replace Makhachev, so he didn’t fight Hooker. That’s a great fight imo though, and they’re right next to each other in the rankings

Gregor is ranked 12 but I agree he should get a good match up, and with all the buzz over his come back win and the great interview he did it’s likely that’ll happen. Hell even Conor was tweeting about him. That alone boosts his name value with casuals

Really pulling for Oliveira as well. And you’re right that it’s so odd what they’re doing with Gaethje. He deserves to be right back in there

Great break down as always, OP

Islam is going after his title shot the same way Oliveira got his, he is just gonna keep winning and winning and fighting whoever he can until they have to give it to him. Charles got his after an 8 fight win streak. Tony got his 2nd int. title fight after a 12 fight win streak but could not stay healthy after his 1st int. title win and could not win his 2nd int. title. Makhachev is already 7-0. We will likely see him reach 10-0 before he gets his title shot but he will get it if he keeps winning and stays healthy. 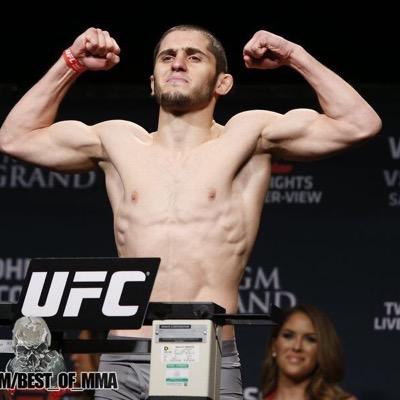 TOP 10 of LW division is a bunch of old ass slick fighters. Not a single one accepted the fight they were offered. NO MATTER WHAT, I’M GONNA KEEP MOVING AND GET THAT BELT SOON, with or without these clowns. See you July 17 @ufc @espnmma twitter.com/espnmma/status…

Islam Makhachev is set to return to the Octagon on July 17, multiple sources tell @bokamotoESPN. UFC is close to finalizing a three-round lightweight bout between Makhachev and Thiago Moises. https://t.co/7JpvAgL3ZO
silvafan71 May 14, 2021, 2:36pm #6

Dariush gotta beat Tony first. That’s not going to be so easy. 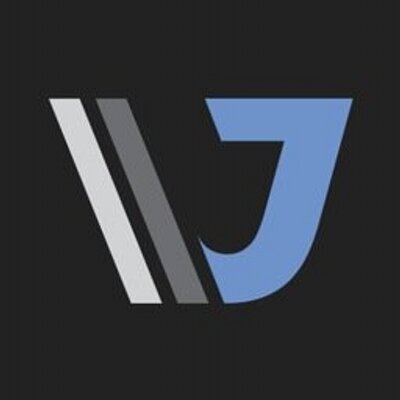 Dana is saying that Gaethje might be next for a title shot, so no chance he fights Islam…RDA is coming off a surgery and wanted more time, and there’s like 2 people in the top 10 that aren’t matched up.

Weird Dana saying Gaethje might be next. Gaethje is coming off a title fight loss and that is not the typical fighter the UFC selects for a title shot plus the Conor/Poirier winner will either be Conor (Dana’s star) or Poirier who would be coming off two back to back wins over the UFC’s biggest star and the Hooker win. Just can’t see Gaethje getting the title shot over the Dustin/Conor winner unless Conor wins and then wants to go box for more money. Did not know RDA had surgery.

RDA had a nasal surgery IIRC…I think the same thing Colby had done a while back.

As for Gaethje being next…Conor vs Poirier don’t fight until July…and Francis vs Lewis is being talked about for Aug 7, but Francis is saying he wants Jones instead…so 2 weeks from now the UFC says “shit or get off the pot, guys…either sign the deal for August 7, or we’ll just have Gaethje vs Chandler/Oliveira instead.” Can’t happen if this fight is a war that they need a break from…but if either guy wins relatively cleanly, defending the belt 12 weeks later is easily do-able.

If not Aug, it’ll be early Sept…and you’ll have the winner of Conor/Poirier sitting cage side to hype the December fight. There’s no reason the 155 pound title can’t be defended twice this year…it’ll be a new champion that wants to get their name out there, so they’ll want to fight every 2-3 months regardless of who it is.

Ya know I’ve just got so used to there often being only two title fights for a given division in a year these days that I did not even think about UFC trying to do a title fight with Gaethje before the Conor/Poirier winner this winter. It all makes a little more sense now.

Great performance by Dariush. Now we got Dariush and Makhachev riding seven fight win streaks while the champ is sitting pretty on a nine fine win steak.

Time will tell if Gaethje gets a title shot coming off an L vs Khabib in the title fight or if the Conor/Poirier winner will get the shot.

No matter what, RDA is coming off a big W in his return to the division he was champion in, Gaethje is likely ready to go, Makhachev and Dariush are on huge streaks and Gillespie has bounced back with a huge win. After being thrown to the wolves while barely twenty one years old, Oliveira is now king of the LW division. Things sure are interesting.

Several of us said, Oliveira vs Khabib was the big “what if” fight and that sentiment was cemented tonight.

I think whether Oliveira wants to fight now or not will determine if Gaethje gets the fight. I think the UFC will offer it, but if you’re in Charles’ shoes, what would you do? Gaethje is a tough fight, and he’ll make less $ to fight him than either Poirier or Conor. Does he risk losing the payday by taking a big fight in between?

I think Chandler would have taken the fight. If he got Charles’ out of there in the first, I have no doubt he signs to fight Gaethje in August. Charles showed prior to this fight that he was willing to wait to get what he wants. I assume he’ll want to wait for the bigger fight, but I guess we’ll see.

I have to assume the UFC tries to book Gaethje vs Charles. They can headline a PPV with that, and regardless of who wins, it’s still a big fight against Conor or Poirier. If Charles stops Gaethje too, it’s an even bigger fight later in the year against Poirier or Conor. Charles isn’t a huge name yet, so the UFC risks nothing by booking Gaethje vs Charles. The fight in Nov/Dec is “belt holder” vs Poirier/Conor, the guy holding the belt doesn’t matter, so if they can get another title fight in between, it makes sense…just up to Charles, and whether or not he wants to make $1M prior to taking an even bigger fight.

I think whether Oliveira wants to fight now or not will determine if Gaethje gets the fight. I think the UFC will offer it, but if you’re in Charles’ shoes, what would you do? Gaethje is a tough fight, and he’ll make less $ to fight him than either Poirier or Conor. Does he risk losing the payday by taking a big fight in between?

You see this is what is wrong with MMA these days.

What do you mean by does he take it? The champ must fucking defend, it should be simple.

He can ask for some time to rest and get ready but the champ should always defend. I believe Oliveira will be a great champ in a stacked division. That was quite a war so I can understand him defending by the end of summer.

Dariush said he’s interested in fighting Makhachev. As far as I know, he’s the first ranked LW to mention Islam as a potential opponent. I’d like to see the UFC drop the Moises fight and match Makhachev up against Dariush as soon as Beneil can be ready (he mentioned having another baby on the way soon).

Let me rephrase…does he take another fight before the winner of Conor/Dustin is ready?

I agree with what you are saying here. Will be interesting to see what Charles decides to do. I’d personally like to see him wait and fight Conor/Poirier next as I’d like to see Gaethje go get a win after losing in a title fight in his last outing. I’m just not a fan of seeing guys get title fights coming off title fight loses unless they lost a close split decision. I also like the notion of Oliveira/Chandler and Conor Poirier III as a four man tourny. That being said, if UFC did book Gaethje vs Charles for Aug/Sep… Id still look forward to watching, its still a great fight stylistically.

Looking at this from Gaethje’s point of view, which fight would you be willing to take while you were waiting for the next title shot to come along?

Since Dariush and Makhachev are both riding 7 fight win streaks and Gaethje is coming off the title fight loss, I’d rather see Gaethje fight one of them and the winner would be in the position to get a title fight.

Still, if UFC did book Dariush vs Makhachev next, its a great fight to see who gets maybe one win away from a title fight and the winner should get a fight with the Conor/Dustin loser or Gaethje next to make it nine wins in a row and they would for sure have earned their title fight at that point.

Man, with Charles as champ, Chandler/Gaethje/RDA in the mix with Poirier/Conor about to happen and Dariush/Makhachev/Gillespie cutting through the comp like a hot knife through butter… man anyone who is not excited to watch the top ten/top fifteen LWs compete against each other… then they need to go get on TRT or find another sport to follow.

True, there’s a wealth of worthy contenders at LW. Best division in the UFC at the moment, hands down.

Wonder if Khabib gets the itch to climb back into the cage? Maybe later this year or next? He’s 32 and last fought in October. Once the division has a clear-cut top dog, just maybe Khabib looks for win #30?