For forum link back purposes. 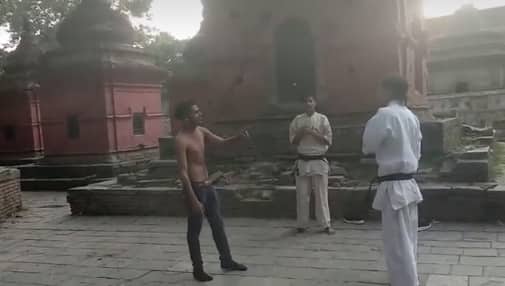 Watch as a foolish "street fighter" gets put to sleep by a Kyokushin black belt.

Was that the India version of Jackass or something?

That was no street fighter, he looked like a homo that would be on a gay pride float

Without a translation of what they are saying we have no idea. If you only spoke Swahili you’d think Butterbean is an asshole for knocking out Johnny Knoxville in a department store

The guy who got KO’d looked drunk.

My favorite one of these videos is where the guy KO’s the obviously, schizophrenic dude. Then they drag him out the back door of the gym and leave him to die after they bully him. Quality, top shelf douchebaggery from within the community.

by “streetfighter” they mean some guy who’s either mentally ill or drunk they took advantage of to make a video.

Well, if you’re going to have an arranged fight with a completely untrained, small, crazy/drunk person, always make sure you do so on a rock hard surface.

Stupid but man that spin kick was awesome

Fighting on concrete is really fucking dumb. All it takes is it hit the ground wrong after being dropped to be killed. If you’re going to have a pre-arranged fight, do it on a trampoline or one of those bouncy castles.

Looked like a friendly fight and the untrained guy tried some amazing jumping kicks that only worked in his brain.

I was thinking they do it in a bed

That is just a gay little kid, let’s see the karate guy do that to someone like this. 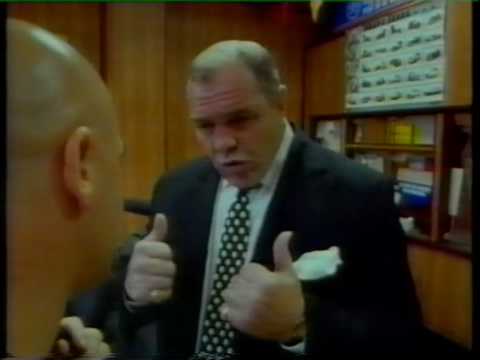 This wasn’t a fight. One dude is wasted or retarded and the “karate guy” is a fucking douchebag for continuing to attack someone who obviously wasn’t/couldn’t defend themselves.

Goddamn! Thank you, so much! There was a thread dedicated to that incident and I haven’t been able to find it for years lol