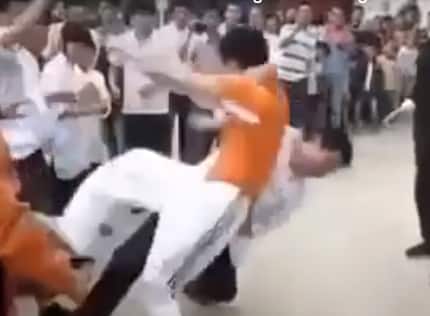 And naturally the WC guy seems to have no idea how to even throw a punch & instinctively realizes this and reverts to the same osoto gari that we all used in recess back in the olden days.
David Levicki & Steve Faulkner would be proud.
Ermin Botztepe too

Everybody have fun tonight - everybody Wing Chun tonight.

Wing Chun for the win. Seriously though, he used judo…

Blast from the past. Traditional martial arts were such garbage for fighting back in the day