Which UFC 263 title fight rematch are you most pumped for?

Which title fight on Saturday are you most hyped for? 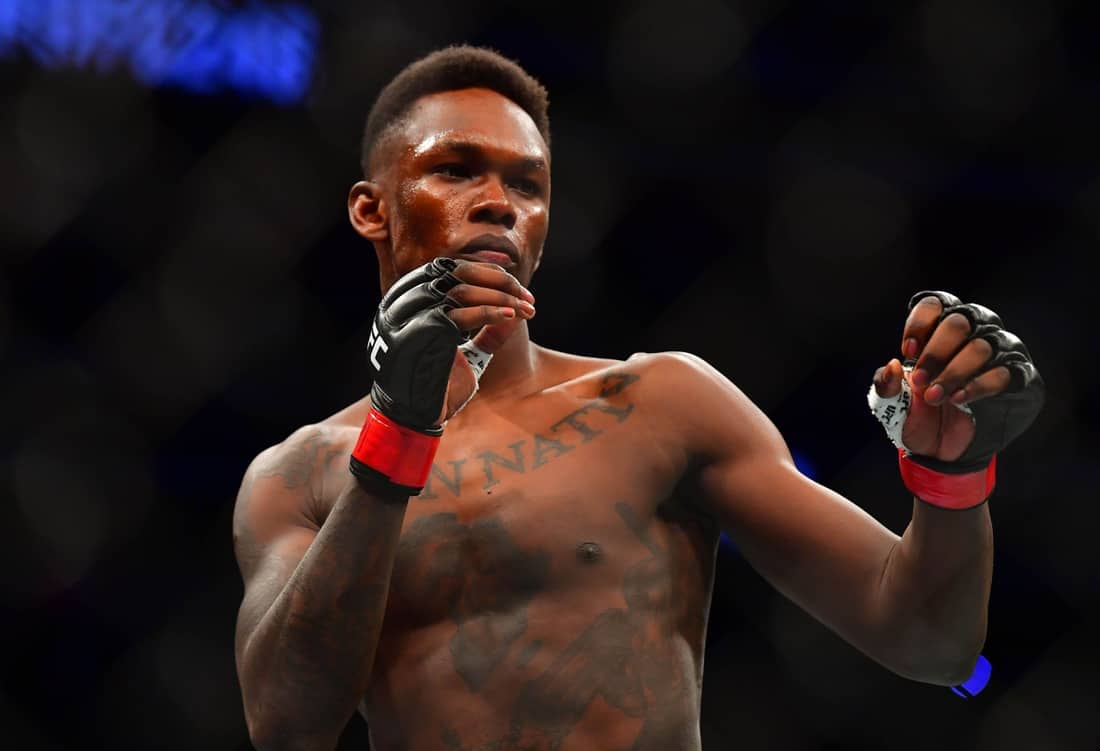 A pair of title fights headline the card as the UFC's resurrected traveling carnival moves to Glendale, Ariz., for UFC 263 on Saturday night.

Im oddly not excited at all for either. Its ho hum to me.

Not sure why. I like both champs and the contenders.

Just falls flat to me.

Im oddly not excited at all for either. Its ho hum to me.

Not sure why. I like both champs and the contenders.

Just falls flat to me

i agree, not quite sure why as i will watch and it will probably be exciting but i’m not pumped for either.
last fight i was super excited about was olivera vs chandler

I want to see Vettori finish gay Adesanya with a knock out.

I like Adesanya ok but I was a bit ehh … I wasnt thrilled to see him turn up with a steroid titty.

I dont care if fighters use steroids. He, however, talked shit about Costa being juicy and that makes him a hypocrite.

Plus he joked about the Twin Towers, he’s a POS.

Vittori is no nonsense and tough as nails. But Izzy could always matrix him. It’s who has improved more at this point. I like Marvin but I think Izzy may just be a tad better. We’re gonna find out though!

I want to see Vettori hold Adesanya down and pound on his sissy head.

I want to see Vettori hold Adesanya down
[/quote]

I’m more interested in Adesanya vs Vettori because I want to see how Izzy bounces back from a loss. We’ve seen some guys look amazing on their way to the belt, then lose and are never the same. Even if we look at 185, Weidman look like he was gonna be champion for a long time as he was making his way to the belt, and even though the Anderson fights had weird/fluky endings, he was looking great in the fights prior to that. Then he loses to Rockhold (after looking good and throwing a dumb kick that put him in a bad spot) and we’ve never seen him look great again.

Rockhold looked amazing, then gets knocked out by Bisping (and basically everyone else he fought since). The “Machida era” didn’t last long, Johnny Hendricks looked like a potential all time great after the close call with GSP, then loses to…Robbie Lawler (one of my favorites ever, but I never expected him to be a world champ), and finishes his career on one of the worst runs I’ve ever seen from a former champion.

IDK what it is, but some guys struggle to bounce back from losses…and there’s been a ton of revisionist history on here, saying that Izzy was winning until Jan wrestled…Jan landed more strikes in all 5 rounds, and won 49-46 on all the cards. Even if you remove EVERY ground strike, Jan landed more than Izzy.

If you remove the leg kicks, Jan outstruck him 96-49 in significant strikes. It wasn’t a close fight, and it was 3 months ago. On top of that, we’ve seen Vettori be willing to grind guys out, and he gave Holland no chance to win that fight when he realized he had the grappling advantage.

I think the storyline is fascinating. Izzy looked to be a potential long time champ (possible champ champ) and a star…but took a bad loss. Does he bounce back the way Conor did against Diaz in the rematch, or does he lose again? There’s really no in between here. He either beats Vettori and the Jan fight is just a small speedbump, he’s not as bad on the ground as he looked, he corrected the holes in his game, and the talk is back to being how big of a star he is, how nobody at 185 is gonna beat the guy for years, and an eventual move to 205 to win the belt is likely blah blah blah…but if Vettori beats him, takes him down and grinds him out, the talk is about another guy pushed too hard too fast, should have been focused on 185 instead of the fight with Jan that he took to annoy Jon Jones, he has too many holes to hold the belt for long etc.

Only one fight is a title fight rematch, so that one.