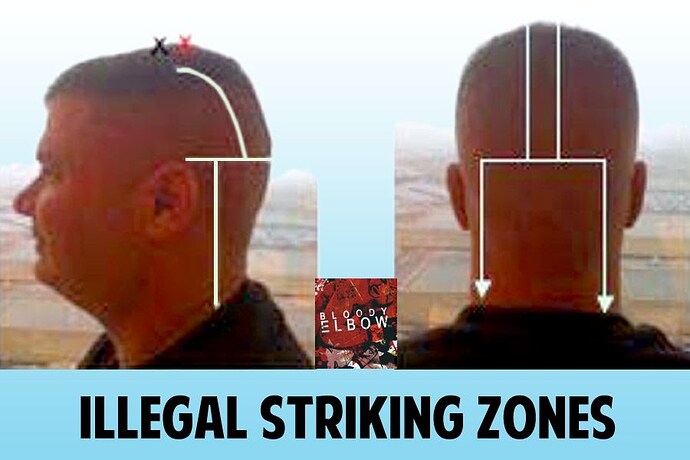 Other dude sold that. Fucking playing the game.

Lol at this clusterfuck. Took them 5 minutes to DQ Eddie. Meanwhile you got some dummy arguing with Rich Franklin about illegal punches. Then they cut down to Eddie and he can’t hear them via headset.

I don’t agree with the call, you turn your head to purposely use the rule to your advantage to me should be legal.

Rich’s tan is on point though.

Same with putting a hand on the mat to draw a kneeing a downed opponent penalty.

Feel for Eddy on that one. Brutal

This is a total clusterfuck. They started hyping the Rodtang fight, and then all of the sudden DJ is walking out for his fight. Almost like TNT saw a huge drop in viewers after that Alvarez fight DQ mess, and instead of going to the Rodtang fight a producer/exec said “start the DJ fight now! We’re losing viewers”

DJ loses. Stoppage almost looked early. I wish there was one more angle. Probably a good stoppage, just a bit hard to tell.

DJ loses. Stoppage almost looked early. I wish there was one more angle. Probably a good stoppage, just a bit hard to tell.

Good right hand followed by a good knee did the trick.Good stoppage.

I thought stoppage was fine

Knee to the face was clean

UFC needs to bring back knees to downed opponents. Pride rules. Brings a tear to the eye.

Yea I agree, at least knees to a grounded. Soccer kicks is a different story but I’d be okay with that too.

I really wish the US athletic commissions would change the rules to allow for 12-6 elbows and knees to a downed opponent. The sport would be so much more enjoyable and action-packed …

Yeah… that may be it for me. I don’t do pandering.

Reading on here I’m really happy I got the time zones mixed up and missed this one. Want to see the Alvarez interview though.

The last fight was EPIC