Why does an American Patriot like Colby Covington get so much hate?

It seemed like everyone (Besides Bisping) was riding Jorge’s nuts last night. Why do Americans continue to glorify and worship criminal thug types like Masvidal and Jon Jones? While Covington is a clean living educated American Patriot with no criminal record whatsoever. As the country continues to become more diverse the demonization of the white man gets more and more prevalent. I think last night was a representation of that. 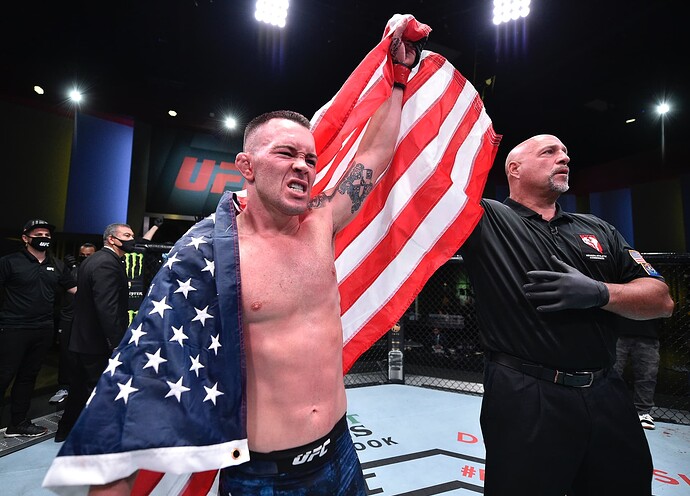 Because he’s faking it.

Well, he was actively trying to be a heel and went the Kurt Angle route. He is basically getting what he wants. Those cheap shots at family members arent going to tread well with the general public. If he wants to be more liked he has to add a lot more humor to his verbal shots.

We’re just doing what the Patriot wants. He wants to be hated.

Colby could be one of the most liked guys if he didn’t continue to go all out insults on otherwise “off limit” topics between men, let alone the fight game. He could still be funny, trash talk to his heart content, be outrageous, without crossing the lines.

I was one of the few rooting for him yesterday ha ha. I do like him. But he really does go too far.

I don’t think Jorge is a criminal. But he’s a low IQ dude that acts “hood”. Unfortunately this makes up a huge percent of the American public. And these types of people are usually programmed to be victims and hate the white man. So it all makes sense what we are seeing. AND Colby talks a ton of shit and low Iq’s can’t just laugh and watch the show they get really emotionally invested and rage.

What has Jorge said that you believe he has victim mindset and hate for white men. 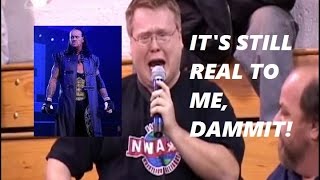 So OP can’t think of any other reason Colby might be hated other than the fact he’s white?

Who really has the victim mentality here?

I didn’t see the fight or the presser.

Why does someone who walk with a hat stating “make America great again” get so much hate? the answer is the same

He needs to dial down the shit talk. I think it drives away people that would be fans of his

It’s the victim culture. If you’re not white, you were wronged so you’re entitled to an easier path and if they don’t provide it, you are a victim.

I didn’t see the fight or the presser.

Colby poked his eye, nutshotted him, hit in on the back of the head. To me, it seemed like Colby did the latter two on purpose. Colby is a savvy borderline dirty fighter, and thats not necessarily a negative remark. And to be fair, Mas hit Colby on the back of his head as well while defending takedowns.

Does your profession and principles not allow you to stream?

Colby’s persona is meant to be the villain. He relishes in the hate That’s why he goes off the wall with his insults. You tune in to watch him lose. That’s how he grabs your attention.

A big appeal to last night’s fight was it being a “grudge match”. Which Colby received a nice check for.

I loved Floyd but I never bitched about people who didn’t.