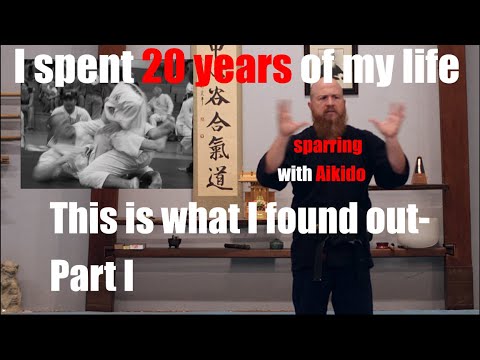 I’m guessing not at all?

Basically he found that the Aikido he learned was useful not in jujitsu or MMA but in armed fights with the Dog brothers.

I work with a guy who is some kind of “50th degree black belt.” He’s been doing it for less than five years and is a true believer. I don’t fuck with him just let him believe because it makes him happy.

He figures my BJJ wouldn’t help me because an expert like himself would break bones before I had a chance to “get on him” lol.

We used to share a shed style gym with a tkd school around 12 years ago. Their head instructor was a total nerd and seemed like he was doing kids gradings every other week. There was always a big pile of colourful belts sitting in the corner that he gave out and he used to talk about how being a high level tkd black belt gave him full confidence in scary situations

Our bjj coach had to tell the boys to stop taking the piss out of them. Delusions like this aikido guy always remind me of that place

Reminds me of delusional bjj guys who thought so highly of their art that they thought a bjj blue belt could beat Mike Tyson in his prime.

Lol at all these cultists. 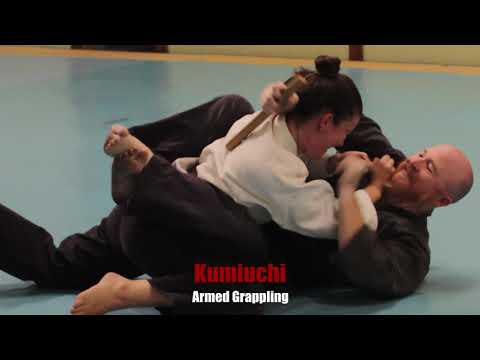 First off: Props to Icy Mike for expanding his horizons!

We had a Nidan (2nd degree) in Aikido train BJJ until Blue Belt and several others who just lasted a class or two.

The Nidan couldn’t get even ONE f-ing wrist lock on anybody, other white belts… nobody. Months of him trying to wrist lock everyone from the Bottom of Side Control and the Bottom of Mount and inside other people’s guard. No success.

I told him he had to stop trying to use Aikido in BJJ. I told him, “once you have a solid “base” in BJJ then you can try to apply Aikido wrist-locks.” --Knowing damn well most won’t work then either-- but at least in the meantime he would learn some basic grappling.

My twin did Aikido for 5 years and I did it for about 18 months, so I do have some experience with it. Overall, it’s probably the most useless “grappling” style in the world. --If you can call it ‘grappling’. There are a few little things that you could learn from Aikido, but the bang for your buck you get (functional skill wise) is terrible.

what the fuck did u just say?!?

Aikido is the most worthless martial art lol.

"So I applied my lgbt studies diploma and after getting railed up the ass for ten years I was thinking: strange that it still hurts while social justice isn’t getting better! Clearly I needed to broaden my research into how liberal rectal distribution could be done in a more effective way to combat racism.
After ten more years of getting pounded by strangers, I now have aids and a colostomy bag. Global warming is somehow still happening. Along with likeminded people we have founded a school where we teach how getting your anus destroyed is an effective way to kickstart communism and end world hunger. "

I sat through all that just to find out he turns his aikido into into a weapons self defense art in which he can’t stop from being stabbed. This guy is totally an aikido guy.

I once took a day long “knife defense seminar” (FMA derived combatives) that was hosted by a Tai Chi Club at a university.

It sounds like I’m making a joke, but when I did the move we were just taught–along with my Tai Chi club partner-- he went, “WHOA! WHOA!” (like “slow it down”). I went less than full speed. But he was so used to moving like a Turtle, just practicing a martial arts move even somewhat near normal speed was a literal shock to his system. … It was a long day.

He would break your bones before you could react

I know that you have a lot of experience, but never say never.

I am not a BB in Aikido, and I wristlock people all time.

I wristlocked a BBJ purple once. Never rolled with a brown or black.

They work. The secret IMHO is the entry. Not the finish.

They work although they’re half way to small joint manipulation. You need decent strength, and if you have a good size advantage on someone, wirst locks can be the most conveniant way to control someone - which is why they are so popular in the first place.

Aikido guys do generally have flawless ukemi. I will give them that. They’re that much more apt to survive that part of a beating.