I admittingly have limit experience competing in freestyle, but to me folkstyle puts a bigger emphasis on controlling your opponent vs freestyle which is more about exposing your opponent by executing attacks.

In my opinion, I would rather have a fighter that maintains position rather than one thats risks position to execute.

folkstlye easily. Kind of like the difference of judo and jj difference in usefulness for mma.

Yeah if you had to choose. But it definitely doesn’t hurt to learn different styles. Just don’t let your wrestling backfire in MMA

Folk style imo. I have a shitty shot, always have but I have a folk style that has served me well

Either is good. But a combo of one or the other along with Greco definitely puts you ahead.

If you were a farmer in the UK all you have to tell the government that some people are having a paid rave that is anti mask.

Either is good. But a combo of one or the other along with Greco definitely puts you ahead.

What does freestyle and Greco have that folkstyle doesnt that would help in MMA?

What I like about folkstyle is that the bottom guy has to try to escape and maintaining control is a big emphasis. Someone like Bryce Mitchell looks like he grew up folkstyle the way he surfs the opponents body. Also leg rides and fighting leg rides. Alot of the cage get up positions, fighting leg control, hand control is very folkstyle.

I think Grecos success in MMA is not due to what it has that folk doesn’t, but rather what it emphasizes. The upright stance translates better to striking

Helps somewhat for cage wresting too…

Folkstyle and it’s not even a debate. The number one takedown in MMA is a double or variation of a single, not upper body greco throws. Chael’s Sonnen’s assertion that greco is better bc of an upright stance is stupid, in my opinion. Wrestling leg attacks and control on the mat win fights.

Anyone who voted Freestyle obviously doesn’t know the difference. 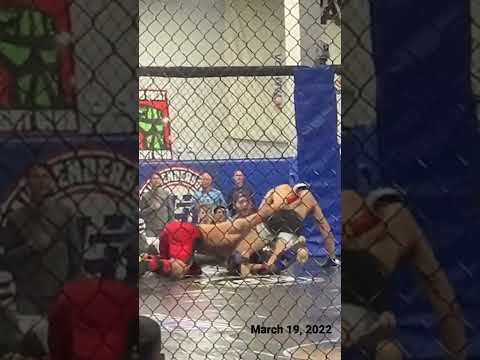 any good hs or college wrestler does both

and any good wrestler wrestles both

Why would you train in an amateur style when ypu can learn from professionals?

I thinks is more important to have as many attacks as possible upper and lower body. In MMA the wrestlers from the Russian Caucuses can attack both at a high level.