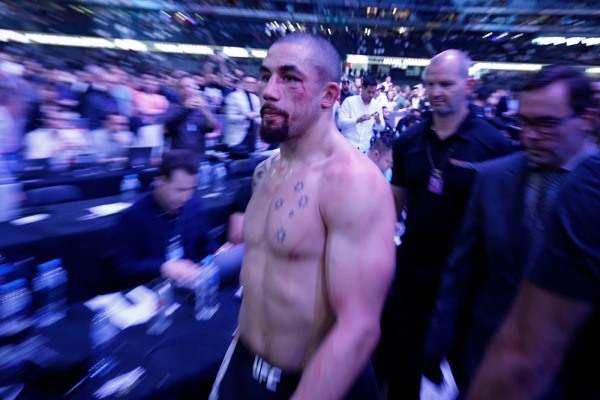 Ahead of UFC 271 rematch, Robert Whittaker says ego cost him in loss to champ...

It hasn’t been an easy path back to a title shot for former UFC champion Robert Whittaker.

It hasn’t been an easy path back to a title shot for former UFC champion Robert Whittaker.

After he lost the middleweight title to Israel Adesanya in October 2019, Whittaker has come storming back with three straight decision wins over the division’s top contenders: Darren Till, Jared Cannonier and, most recently, Kelvin Gastelum.

His Fight of the Night main event win over Gastelum in April 2021 was a shutout on the judges’ scorecards. After Adesanya defended his title against Marvin Vettori two months later, it became clear that Whittaker was next in line.

At UFC 271 on Feb. 12 at Toyota Center in Houston, Whittaker (23-5 MMA, 14-3 UFC) challenges Adesanya (21-1 MMA, 10-1 UFC) in the main event. After Adesanya knocked him out at UFC 243 to win the belt, Whittaker said he needed to make some changes, and it started by admitting his own ego may have gotten in the way.
“”Other opponents have tried (to get in my head like Adesanya did),” Whittaker told MMA Junkie. “I think it was a whole host of different things that got into my own head, and there was a lot of things on my end – it’s the way I handled them and the way I took them that made it worse.

“I think (Adesanya) even mentioned it – that my ego was something that affected me. As much as I don’t want to acknowledge my opponent for insight, my ego probably was a big thing, was a big part of why my head space wasn’t where it should’ve been for that fight – why I was letting the debate between Australia and New Zealand get to me, why I was letting all these little things get to me. It showed. The results of that showed in the way I was behaving, in the way I put the fight together and the way I was fighting in the moment. I’ve acknowledged all of that and you can see obviously I’ve come to terms with all of that and I’m a different fighter now than I was then.”

Whittaker’s performance against Gastelum was of particular importance on his climb back to a title shot. While his wins over Till and Cannonier were close fights – 48-47 on all three scorecards in his headliner against Till and 29-28 on all three against Cannonier – the win over Gastelum never really was in doubt.

Whittaker outlanded Gastelum 169-70 and hit four takedowns in the fight. If he started correcting his mistakes from the first Adesanya fight against Till and made some more adjustments against Cannonier, it appeared he put everything together against Gastelum. 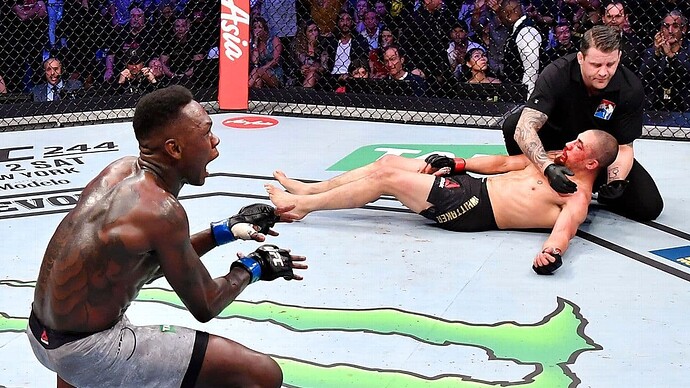 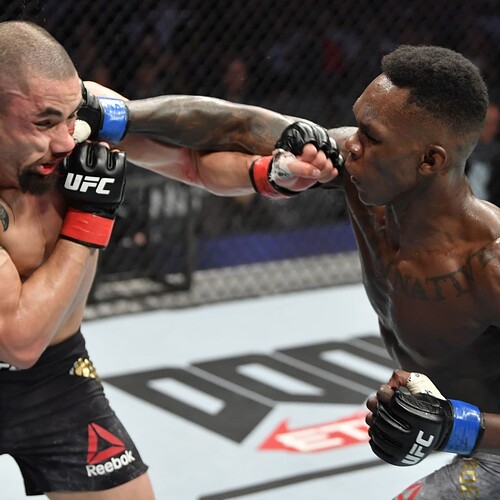 I’m a big fan of Bobby Knuckles, the fighter and the man, but I don’t think he can beat Izzy.

Bobby can win if he can gas Izzys arms out via wrestling and then decide to strike in rounds 3 and on.

Bobby needs to show up in shape. That’s his biggest problem. Don’t get hurt in camp. Don’t fuck up the weight cut (again) and try and wrestle

Which is funny because Bobby himself (in the first fight) and MMA fans would have you think the opposite: that Izzy’s ego is the problem and that Whittaker is humble.

Needs a better gameplan then the last fight. Hope he n his team make adjustments because rushn in n throwin haymakers at a kickboxing champ will only see the fight go the same way im afraid. War knuckles!

I really believe Bobby Can get it done

Hats off to Izzy, the guy is a badass, but he can be beaten.,an in the words of Arnold…

I think Whittaker can win. Izzy is so damn good though. I think Whittaker needs to be firing on all cylinders and don’t fall into a kickboxing match with Izzy. Grind him down, make it a slog for Izzy, hold on him and tire him out, weaken those legs and his gas tank will deplete. Punish the body and the head will eventually present itself.

It happened to GSP, then look how he changed up his game plan for the better

I’ve always theorized that Whittaker was so used to be in “war mode” after the Romero fights that he waded in sloppy and carelessly and for caught when he really shouldn’t have.

Whittaker is one of cagiest and most technical Stand up guys in MMA, and he definitely has a chance against Izzy in a second fight.

Can’t wait to see it.

Well George got caught early, but that never happened again, is my point

He’s from New Zealand. Has he submitted to the weak sauce?