Yeah this is another part of their beef with Fadda as I understand it.

I’m beating a dead horse on John being a striking savant, my apologies.

I was always skeptical as to why GSP pushed Phil nurse away for John Danaher…he was a BJJ guy, what did he know about striking and MMA? How wrong I was.

Anyway, I’m not sure if you cross trained, but in your opinion which gym had the best striking program when you were active? I do know a lot of RGA main guys from that era trained at 5 points often, and Mendez as well.

It would be hilarious watching an assaulter dive for a heel hook during a raid haha. But sounds good.

Do you think drilling BJJ with strikes should be a must for the tactical population? Or not necessarily, just focus on getting top control and dominating the other guy?

True, but for a tactical team, how would you advise guys to train?

COT is pretty much Brazil’s HRT from what I understand, from what you’ve seen from their combatives program, what do they mostly do?

It would be hilarious watching an assaulter dive for a heel hook during a raid haha. But sounds good.

Do you think drilling BJJ with strikes should be a must for the tactical population? Or not necessarily, just focus on getting top control and dominating the other guy?

Control is most important. Holding tight control and waiting for your buddies to get done so they can help handcuff is what is required. But of course it would be ideal if all guys were good at all aspects of BJJ.

True, but for a tactical team, how would you advise guys to train?

Pretty much what FP said.

COT is pretty much Brazil’s HRT from what I understand, from what you’ve seen from their combatives program, what do they mostly do?

During their selection course they stuck with the basics of striking/kicking, BJJ (again, basic curriculum like chokes), basic wrestling like pummeling for underhooks, some takedowns… In my course for GPI we did a lot of wrestling (as “we don’t want you being taken down”).

I trained BJJ with then in 2020 and there were guys of all skill levels… After you graduate, they leave PT and fighting up to you, but they have people to assist you if you want.

I don’t really know why Georges stopped working with Phil. I didn’t know either of them well enough where either one mentioned it to me why they stopped working together.

Phil is actually I really nice guy, I haven’t seen Phil in years. I think COVID killed the Wat. I didn’t know what to make of Phil before I met him but once I got to know him I realized the entire reason Phil always got himself on camera was to promote himself and his business and to make money. No one can blame for that.

Back before mma really blew up Georges and Liddell were probably the two biggest stars. Phil used the exposure he got from coaching and cornering Georges into making a lot of money giving privates to Wall St. guys and lawyers. I was suprised what a big difference there was between Phil the person and Phil the business man.

I worked with Phil and I liked what he showed it just wasn’t really my style. Phil is an absolutely absurd athlete. Even at 50 he was easily one of the most agile people I have ever seen. He could have easily been a gymnast with the way he can do flips and move his body.

I’m pretty sure Firas had a lot of Thai boxing experience so I think Georges decided to come to NY less and John would go to Montreal to help Georges. I don’t think Phil and Georges had a falling out. I just think the logistics became a problem. Firas is an excellent black belt in BJJ. I have grappled for a long time and he was much better than me. I was surprised at how strong he was and what a good wrestler he was. He was definitely better than a lot of the guys in the UFC I’ve trained with around his size. I never sparred with him but I heard his kickboxing was also really good.

The Muay Thai program at renzo’s wasn’t bad at all. It was just geared entirely towards Muay Thai and not towards mma. Their amateur and pro Thai guys usually do well in local fights.

I don’t know how many guys from renzo’s still train mma but I’m pretty sure all the guys who were in the UFC and used to come for sparring there moved on to other gyms or retired from fighting.

I never worked with anyone from Mendez but some of the guys did and their boxing wasn’t bad by mma standards.

From what you’ve seen, for the guys who are serious about combatives at either GPI or COT - are there fighters or grapplers they try emulating? Or not necessarily, just try to either take the guy down…or get distance so you can put him down?

Fast Pitch, more than welcome to chime in from what you’ve seen as well. Thanks guys. Beyond motivational seeing guys at that level get that skilled.

Phil seems absurdly athletic, his movement in general is nothing short of poetry in motion. 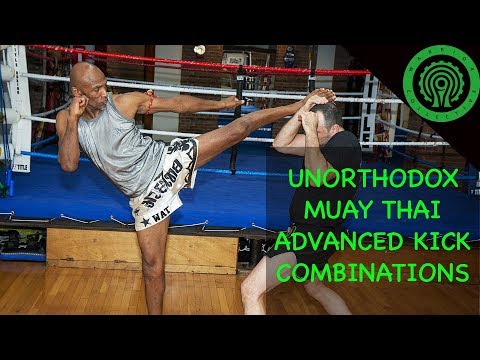 What was the last you heard of his program? I do know Sampieri was a former Wat guy…but it’s just different.

Anyway, thanks to all for contributing. Won’t hijack this thread any further. Please do share all your Boris stories.

Maybe he decided to eliminate all male nurses. 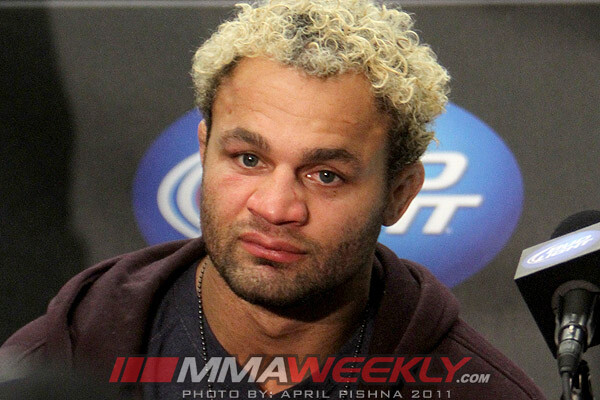 Not a dumb question at all.

I don’t think so, at least not as something for tactical use.

Or not necessarily, just try to either take the guy down…or get distance so you can put him down?

I think it’s more along this line of thought.

Thanks man. I appreciate it. Out of all the Muay Thai instructors at renzo’s joe sampieri’s style most closely resembles Phil’s style. Joe is also very athletic but I don’t think I’ve seen anyone as athletic as Phil.

Joe is also excellent in the clinch. They are good teachers in the Muay Thai program at renzo’s it’s just not a ready made style for mma because they run a strictly Thai boxing program.

I honestly don’t really remember much about Boris except just getting absolutely dominated by him and thinking that I would never catch him. I probably never did. Actually I’m certain I never did. I wish he stuck around. You need guys like that in the room to go against.

The room changed after he left where people people weren’t really going hard anymore. Back then if you wanted to go with guys who had a style much more geared towards mma you could. In the years later there weren’t as many guys who would just physically dominate you until Jake shields trained there for awhile.

I have no doubt that Boris would still be a much better grappler than the overwhelming majority of guys in the UFC today. I always wondered what his record was at Hofstra as a wrestler. I don’t know if he won the conference. I’m not sure. Either way he was really good, at least compared to me.

Actually if anyone here posting still talks to him, would someone ask him his overall college record?

I always wondered what his record was at Hofstra as a wrestler. I don’t know if he won the conference. I’m not sure. Either way he was really good, at least compared to me.

All I could find with google is that he placed 6th at the 94-95 26th annual NYS Intercollegiate Wrestling Championships.