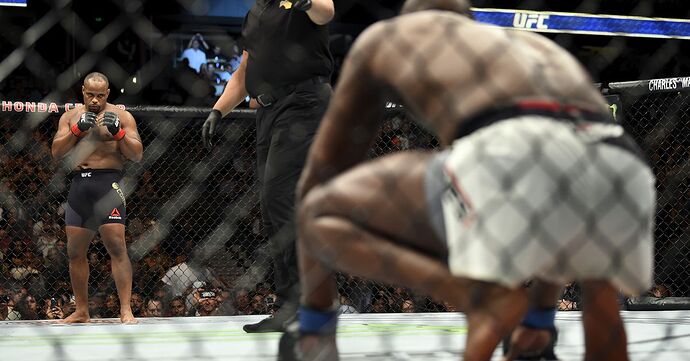 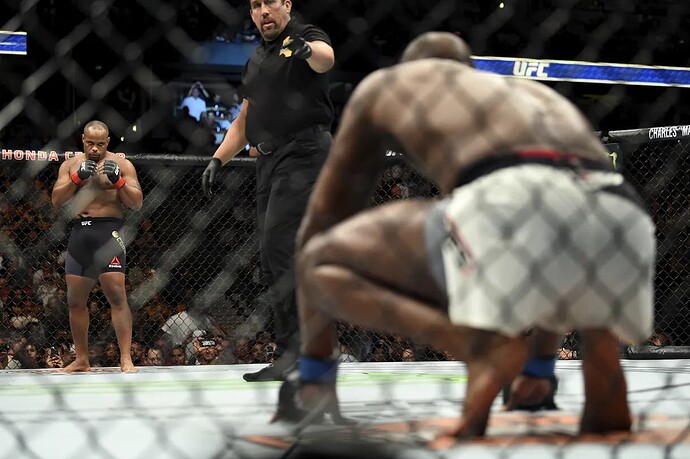 Jon Jones gave up his UFC light heavyweight title to make a run at the heavyweight championship. But former two-division champ Daniel Cormier believes his longtime rival will fail to capture gold.

On the “DC & RC” podcast, Cormier gave his UFC predictions for 2022 and said Jones would return to action but fall short against the top fighters in the division.

“I believe that Jon Jones will fight at heavyweight, and he’ll fight for the belt, but he’ll lose to Ciryl Gane or Francis Ngannou,” said Cormier. “And I just think that the time away, with the weight difference, and those guys being who they are, that’s the problem.

“It’s not that Jones has gotten worse – it’s just that these guys are a different level of heavyweight.”
Undisputed champ Ngannou and interim titleholder Gane are set for a title unifier in the headliner of UFC 270 on Jan. 22 in Anaheim, Calif. Jones was originally pegged as the No. 1 contender after giving up the light heavyweight title amid a contract spat with the UFC over a potential superfight with Ngannou. But he lost his spot when the UFC balked at his financial demands and moved on to heavyweight vets Derrick Lewis and Gane, who fought this past year for the interim title.

Gane won the interim title fight to set up the unifier with Ngannou, his former training partner. Jones, meanwhile, was lined up for a possible fight against ex-champ Stipe Miocic. But his timetable for return was thrown into limbo by a domestic violence charge in Nevada. He later reached a plea agreement with prosecutors, but has yet to amend the second-quarter 2022 timetable he announced before his latest legal troubles.

Jones hasn’t fought since a February 2020 title defense over Dominick Reyes. But he’s kept fans up to date on his physical transformation as a heavyweight, posting videos of his new bulk.

Before his move, Jones ruled the light heavyweight division and twice beat Cormier, though one of the wins was overturned due to a positive drug test. The two have regularly sparred online after Cormier has weighed in on his rival’s career inside and outside of the cage.

So far, Jones has not responded to Cormier’s latest jab. But that silence likely won’t hold. “Bones” recently snapped back at lightweight vet Dan Hooker over tweets making light of his legal troubles.

Well, DC won it and Jones dominated him. I hate Jones but can see him bringing his brand of five round snoozers to the HW division and winning the title, it’s not like there’s ever been a whole lot of elite athletes there anyway.

How much longer is his suspension anyway?

Jones will make it look easy

Jones would drag Big NGA to the mat immediately and elbow a hole in his skull. Gane on the other hand is an interesting fight.

When’s the last time he fought?

Doesn’t matter. The undefeated GOAT of MMA gets a title shot when he returns. That’s how ot works. There’s no interest in Jon Jones returning to fight Marcin Tybura and Chris Daukus to “earn a title shot”. The curiosity is in seeing the greatest light heavyweight challenge for the heavyweight belt. This tradition goes back to Bob Fitzsimmons in the 1800s, through Bob Foster in the 70s, Spinks in the 80s, Roy Jones in the early 2000s. It’s a tale as old as time. We finally get our MMA version of this, and it’ll be damn entertaining to see how it goes.

When’s the last time he fought?

Lol who cares? He could take 15 years off he still comes back to immediate title shot.

Would be fun watching Jon get folded in there out cold. But would also be fun seeing DC reacting to Jon easily winning it.

Never seen GSP either as he.doesn’t have multiple Asterisks beside his name like Jones and Silva as much as I love the guys