Once her story became public, UFC commentator Joe Rogan had a long discussion about Fox on his podcast and harshly criticized her. Today in a special guest article for BloodyElbow, Fox is asking for a public apology from Rogan and again tries to explain herself to fans:

Since I've come out, Joe Rogan continues to spread incorrect information on transgender athletes. Much of this goes against the consensus of the medical community and the commissions that license me to fight. I see no end to this from him in sight. In one of his more recent podcast he said, "But the big difference is the mechanical advantage of the male frame. You don’t find a female with super wide shoulders, narrow waist and the same size hips and the same shape hips as a man and when you have that kind of body you can just generate more force." I still haven't heard what this claim is based on other than his bias and guessing. How does that work exactly? If it were such a thing I would get licensed.

He has influence with MMA fans. So, I am forced to focus on Rogan and his arguments now, and will continue to do so for several weeks - or as long as it takes. Like I said, I shouldn't have to do this. But, I feel compelled to do so in order to try to stop this nonsense if I am to attempt to fight in the future for the promotion for which he is a commentator.

It's been a while now since I've come out. My mind needed some time to acclimate to all of this which has made my MMA game a lot tighter lately. And fighting back politically makes me feel even better.  It's tragic really for Joe Rogan and those people who side with him. All of this 'being corrected' can just be avoided by him apologizing and correcting the misinformation. That would really make my day.

Joe was 100% right. Different bone structure, which is fact. Not even debatable. What about Fallon lying before the first two fights and not disclosing the past?

Then beating the crap out of two ladies. That should get brought up more.

I have no problem with what people do in their lives, just not in combat sports, where the goal is to punch someone if the face,

Can this dude shut up already and retire from WMMA? Please

Yeah, I agree with rogan. You have my support Joey. I wish you had a transgender league to fight in. Maybe someday you will. The advantages are very apparent.

Any questions about the differences in bone and muscle mass between males who have gone through puberty and adult females, let me know. Professional physical anthropologist here.

What a pussified, ultra-PC world we live in.

Rogan now owes an apology for having an opinion? He has as much right to his opinion as Fox has to his own.

And if said apology were given, any and all controversy would suddenly disappear? Get real.

The dude should be thrown in jail for fighting women. 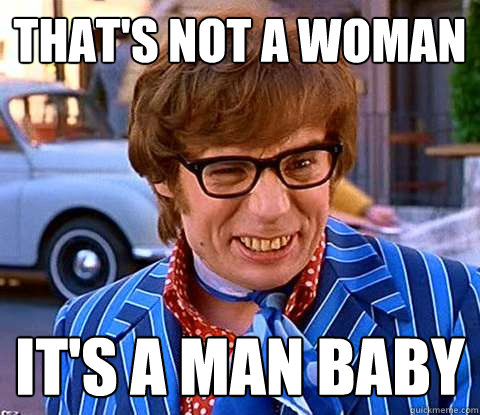 Please make it this go away.

LOL ya right this guy will ever get in the UFC.

Unless he wants to fight Joe then I'm all for that.

Until then...STOP GIVING HIM ATTENTION.