Is the UFC protecting Sean O'Malley?

What are your thoughts Underground Mob? Is the UFC protecting Sean O’Malley or developing him the right way? 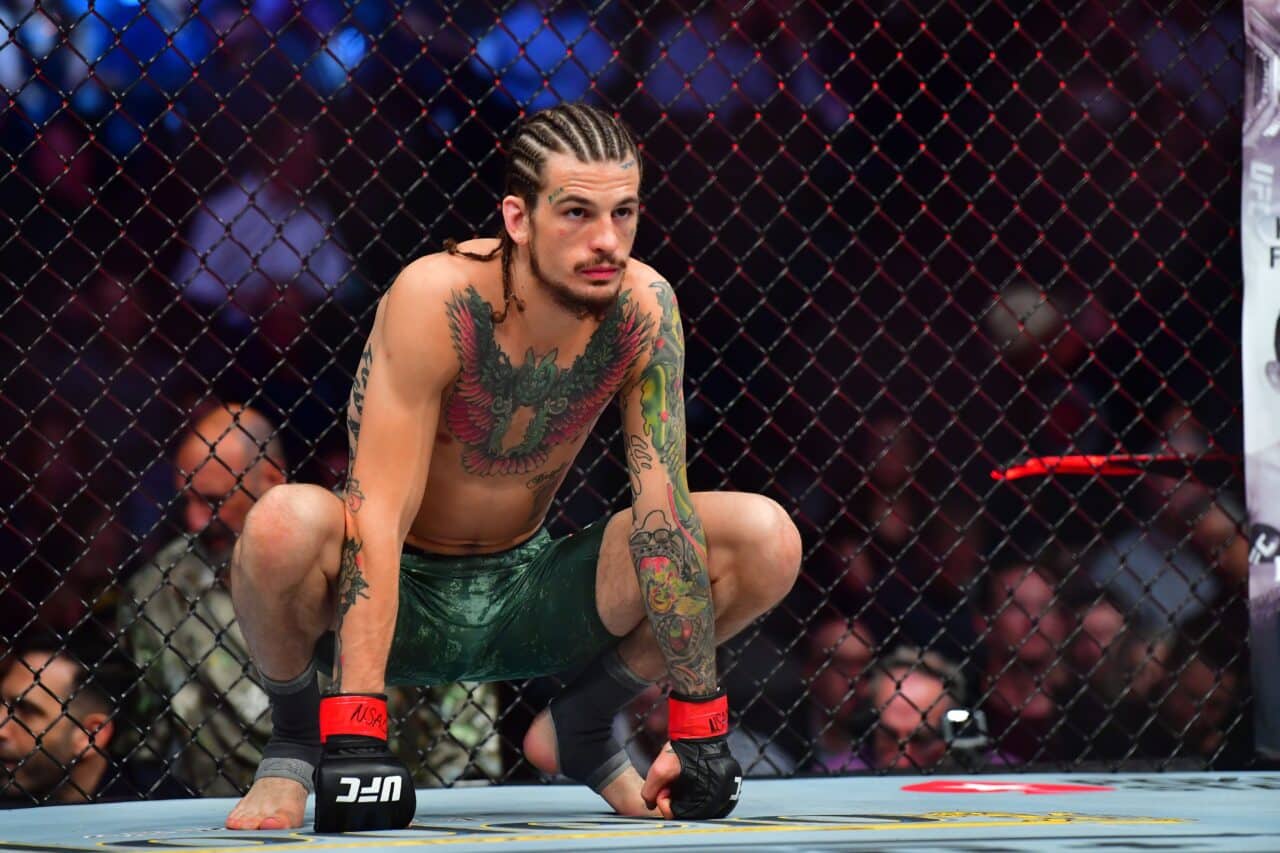 Headlines were made this week when Ultimate Fighting Championship bantamweight golden child, Sean O'Malley was left without a UFC 264 opponent after scheduled

You think the UFC pulled his other opponent that they scheduled and then booked him with someone easier on purpose?

Whatever they do I hope the UFC tells him to drop that spinning exorcist head motion thing he does every time he faints, like he’s possesed by some gay demon. Wtf was that? Never seen that before in combat sports. So cringy to watch. I hope someone clocks him while he’s doing that.

I had to look up his record. The only guys he has beat that I’ve even heard of are Wineland, who’s UFC record was 6-7, and Almeida, who was on a three fight losing streak and was 5-4. Is he just the wish version of Michael Page?

His fight vs Chito proved he doesn’t have what it takes. Soft ass legs. They only give him guys with very sus chins.

They are protecting him because they think a 135 lb man with a bad attitude, shitty tattoos and stupid hair is marketable. Like a dollar store Conor. They are wrong, this twerp will never sale a ppv.

What a shit matchup. If they weren’t protecting him he would have been facing a top 15 opponent.

UFC’s business model is to protect their valuable fighters. Yes. This isn’t really new. It’s kayfabe to pretend otherwise but nobody is that naive.

I have seen it expressed here, and have said myself, that some fights are a bummer because it will eliminate a prospect, and we ask why the UFC would “waste” a prospect. I don’t mind a little protection.

No easy fights in the UFC anyway.

That’s not true. They’re all fighters but some of them would not survive in Bellator. Ufc has been signing people just to get beat up. Take this guy rainbow hair is fighting. There’s so many guys they could have gave him but instead they went and signed a nobody. A big nobody.

Why would anyone else n the top 15 take a step backwards to fight him???

Easy answer….suga Sean has a name and a following most guys don’t have, another poster said “dollar store Conor” and that is accurate.

Add in to the fact a ton of casuals already think he is title material while reality he is not top 20, it’s a win-win for a ranked fighter, easy win over a “star” and more attention and bigger payday for whoever he fights. If by chance they lose and O”malley proves to be the real deal in the casuals eyes you lost to a champion in the making.

Personally I find him annoying and hate his BS excuses as to why he lost, I’d love to see a top 10 guy smash him

Sometimes I hate this fucking place. Dude is 26 years old and ranked outside the top 15, with a total of 6 UFC fights. He’s fought former champions (wineland) and other young prospects (Vera), guys with many more UFC fights than him and winning records (Quinonez), and because he’s popular, everyone is bitching that he’s not taking tougher fights.

The reason I hate this place…when guys like Conor were brought along and given top contenders and title fights, it was “he’s getting special treatment because he’s popular!!” Same shit for Cody Garbrandt, “how TF is he fighting top contenders, then a title so soon?! Such bullshit, maybe everyone should get a neck tattoo!!” Also on Garbrandt, dude was absolutely rushed, and is still younger than 30, but has taken some bad losses because its tough to give a guy like that a fight with the 15th ranked guy.

Lots of young UFC fighters have 6 or more fights without fighting a top 15 guy.

As for Cody Stamman talking shit about who he fought on his way up…yeah, he fought Sterling in his 3rd UFC fight, but Sterling came into the fight losing 3 of his last 6 and nobody really considered him a legit contender at that point. Sterling was coming off a UD over Brett Johns, who was in his 4th UFC fight…so should we create a thread about how the UFC was protecting Sterling, giving him all these guys with 3-4 UFC fights?

I know Kris Moutinho from the local New England scene. He is good. Really good. BUT the problem is he is small.

I saw an interview yesterday where Moutinho said there was a process of him being selected so it seems to me that O’Malley hand picked him.

Very true, and when they say he’s “lost 2 of his last 4” that’s also true, but the guys he lost to are now with the UFC and Bellator. He’s far from a scrub, but it does look like he was brought in to lose here.

That kid is not ready, a different league.

People let hate cloud their judgement all the time, O’Malley will be a star maybe even champ.

Hes already 26? If hes not champion material already, hes never going to be.

O’Malley’s only problem is he keeps getting hurt and in his bigger fights.
I’m pretty impressed with his skills, not sure why they put him up against this guy.

I see what there doing; they don’t want to give him a last-minute tough fight. Not the way he gets hurt. Give him someone he can walkthrough, then get him another good fight he can get prepared for.