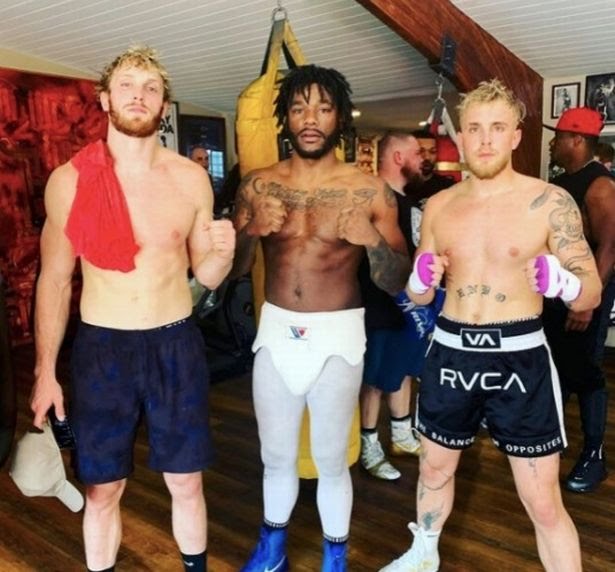 There’s always going to be question marks and asterisks surrounding Jake’s " fights".
I’m certain that it’s illegal to sell a fight with a predetermined outcome as a legitimate contest.
He’s heading to jail doing what he’s doing.
Mind you, if he’s a Democrat he’ll probably get a Govt grant to do more of it lol

It’s funny how upset you get over another man boxing.

Calling for jail with zero evidence beyond your weird hate and jealousy lol. 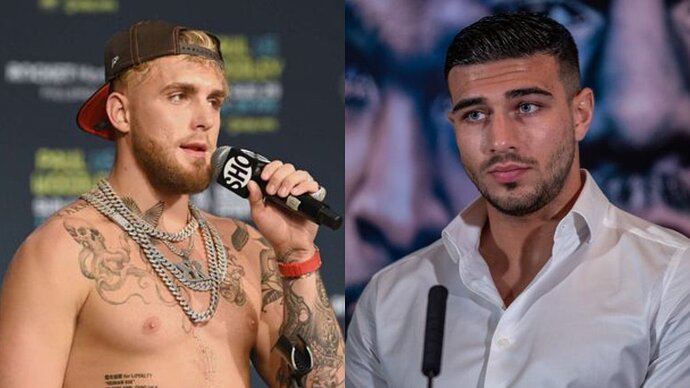 YouTuber-turned-boxer Jake Paul has suggested that formerly planned opponent Tommy Fury avoided help that was offered to him after his failed attempt at traveling to the United States.

For the second time in less than year, stories surrounding the feud between Paul and Fury have shifted from pre-fight talk to cancelation talk. Having withdrawn ahead of their scheduled clash last December due to injury, “TNT” once again looked set to represent Paul’s first test against a professional boxer next month at Madison Square Garden.

But after claiming to have been denied entry to the US, which has become a common occurrence in the Fury family, the matchup was thrown up in the air, with the Englishman’s withdrawal later confirmed.

While former UFC champion Tyron Woodley stepped up on short notice seven months ago, reportedly saving the day this time will be pro-boxer Hasim Rahman Jr., who will share the ring with “The Problem Child” on August 6 on SHOWTIME pay-per-view.

Despite appearing to have a new opponent to focus on, Paul isn’t done reminding Fury of his two withdrawals. On Wednesday, the Ohio native took to Twitter and accused Fury of going “into hiding” when offered help by Most Valuable Promotions.

“Fury’s received a termination notice. MVP did everything it could 2 help him & team. He wasn’t interested & he literally went into hiding,” Paul wrote. “2nd time in a row he has pulled out. 2nd time in a row I’m going to step up & take on a new opponent on short notice. AUG 6. MSG.”

Prior to the first attempt at booking Fury as his opponent, Paul sought to add a clause to the Brit’s contract that would leave him having to change his name to “Tommy Fumbles” with a defeat to the online star.

After the name trended following Fury’s first withdrawal, Paul wasn’t about to let the opportunity to bring it back after the second canceled matchup slip away.

“#TommyFumbles $2K to someone who retweets this.”

Having previously suggested that he wouldn’t give Fury another opportunity for the big payday following their failed December clash, it stands to reason that the boat on Paul vs. Fury may have sailed.

It’s hardly hate
.jakes brought a lot of new fans to boxing.
It’s genius what him and his brother have done.
The gigs up though, most people can see the scam he’s running.
Not you though

It’s hardly hate
.jakes brought a lot of new fans to boxing.
It’s genius what him and his brother have done.
The gigs up though, most people can see the scam he’s running.
Not you though

Is there any other gifs other than that fat faced fucker?

Is there any other gifs other than that fat faced fucker?

Tommy is indeed piss but has a name that sells.

He’d be ruined and done if he got slept by Paul.

He’s probably going to come out with some sort of medical based excuse to save face at some point soon, beat a can or 2, then MAYBE fight Jakey boy down the line when his skills have improved.

What a world lol

He was in CA last month just fine but something occurred since then that required an embassy visit.

Frank Warren and MVP both stated all he had to do was make that embassy appointment.

He refused then ghosted all parties was the last update.

And FBI/CIA have him on a watch list and a 5million reward for information,
And some of the higher profile celebrities or sports ppl are also getting shitty treatment from being associated with him.

He’s actually a good guy, and loves fighting sports and put money into lots of broke up n comers… 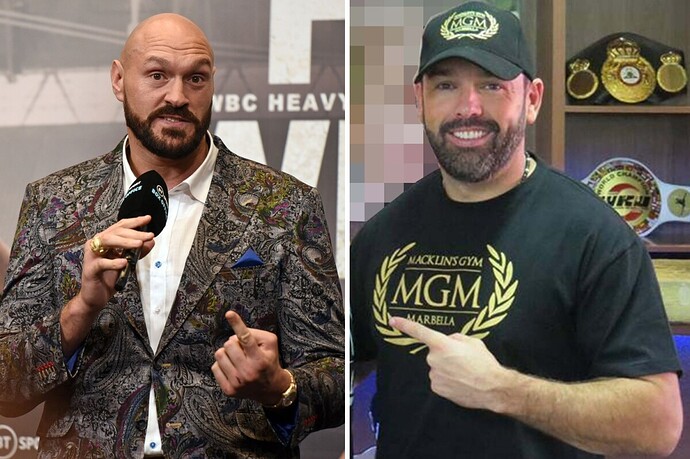 TYSON FURY has finally broken his silence about his relationship with crime lord Daniel Kinahan.

Well that explains it, lol. No idea if this quote will work. First time trying to quote partial posts

all of a sudden this dude has something to say? Idiot blew the biggest payday opportunity he will likely ever have. Jake should tell him to pound sand everytime he mentions his name after this fiasco

If any of you have actually watched Tommy Fury box, he fucking sucks