JKD vs Wing Chun turns into a street fight!

Just goes to show that both those ‘styles’ are pointless as hell.

ha, no. I asked him to apologize when I had him in a submission(keylock) and he gave me a sarcastic apology, in a mocking way so I told him I want to believe it and if he doesn’t apologize he’ll be wiping his ass with his left hand for the next month, and then after I said it I torqued hard on the keylock and then he apologized but this time it was very sincere sounding. Really fast in a panic and multiple times, “i’m sorry i’m sorry i’m sorry i’m sorry”.

Faggot invited me to fight him and then called the police after it didn’t go according to his plan. I didn’t get in any trouble at all though. I actually learned that in Tx, if two mutual parties verbally or in writing agree to combat that does not result in serious injury, it’s legal. 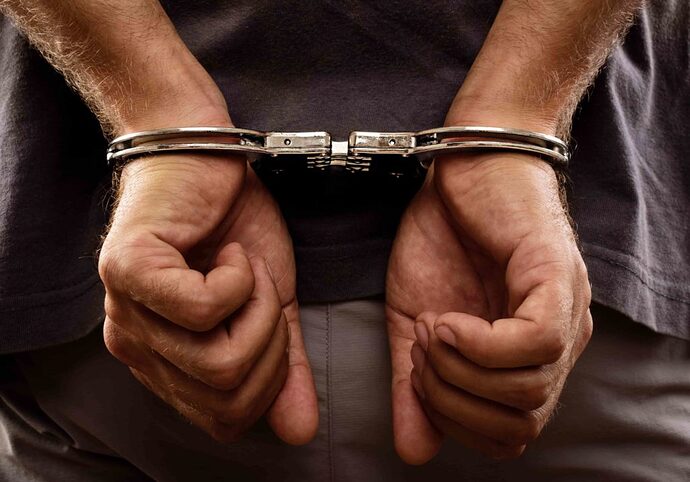 How the Mutual Combat Law in Texas Can Help Your Defense - Tidwell Law Firm,...

Did you know that the Texas mutual combat law allows two people to fight and injure each other? Here's how this defense could help you win your case...

@BringBackHeadbutts not wise to ‘accept’ a fight. He could have shown up with knife/gun/bat, or even if not one wrong hit of your head on pavement, and your life is permanently fucked. Just not worth it no matter how much you hate the guy.

You are 100% right. It was not something I normally do, and I was in a real bad spot in life to where I really felt like I had nothing to lose. In addition to your suggestion of why I shouldn’t have done it, the coward actually did have a machete. He wielded it but I wasn’t trying to fight him with that in his hand so I called him a pussy for having that, said I wouldn’t fight him if he had that, and called him a pussy again and backed up and would have walked to my car. But then he dropped it and threw it off to the side of his bushes.

Some shit talking ensued, from both, and when he got chest to chest in an aggressive way, I shoved him hard. He then put his hands up and it was on from there.

When it was over and he was on the phone with police, he was trying to follow me to my car(which I had smartly parked down the street so he wouldn’t have info on it) and because I know those 911 calls are recorded, I was saying “put the machete down, stop chasing me, stop trying to kill me with a machete”.

Just a cya ya know. I know I never was even talked to by the cops but I’m wondering if he ever got in any trouble. I doubt it but that’d just add insult to injury.

Damn dawg. That’s a crazy story. Must be in Europe if he had a machete.

I got punched in the face last night. I didn’t retaliate, I just took it. It was from a kid. A 14yr old. Fucking HOODRAT.

My next door neighbor has a 12yr old daughter who had these two young black hoodlum kids at her house whe she wasn’t there. They were seeing her 12yr old daughter. They started fighting with the 12yr old’s mom’s boyfriend(he was black, his girlfriend and her daughter were white). He was literally being jumped by this big 14 year old(about 6’2) and a 16 yr old about 5’7. I knew I had two choices, stay inside, mind my own business knowing I probably could help, or go outside and try to diffused. I tried to help my neighbor.
Stepped between him and one of his attackers, but I had my hands up with my palms open saying “calm down calm down” trying to be a peacemaker.

They were walking away after I stepped in and I was going to walk to the front office to report what had just happened. The 14yr old bigger kid, was talking shit a lot including to me, playing the race card. He had even tried to shun my black neighbor for getting with a white woman, but what’s funny and why I mentioned the races above, is because these two black kids were black, and the previous day they were at the 12yr olds apartment trying to get with her(a white girl). Total hypocrite racist.

Had I tried to start fighting a kid, and although he was taller than some grown men, in the face he still looked like a child. I didn’t feel comfortable with the law being on my side if I tried to fight him after he hit me. After he hit me I guess I didn’t react to his punch at all and probably gave him a look like if you want to do that again we will be fighting so after he through one punch at my chin, he and his hoodrat friend kept walking away.

When I went to the front office, they were closed and on my way back, after I had thought the situation had calmed down, the two hoodrats knowing I was no longer by the neighbor they were originally jumping, they went back to his apartment. They had called for back up in the form of one of their dad’s, and the dad flat out opened the apartment door of my neighbor, forced his way in, and started beating on my neighbor.

While this was going on, I had no idea b/c I was at the front office. When I got back, the two hoodrats were leaving his apartment so they also entered illegally, but my neighbor was not getting jumped, nor beaten up by the grown up. Had he been being punched or choked, I may have stepped in but at this point, I already knew I was dealing with some REAL hoodrat coward wanna be thugs who only are confident in the power of numbers.

By this time there was so much loud yelling and commotion several neighbors were watching it go down(and I’m the ONLY one who actually stepped in to help a member of my community and immediate neighbor) but one of them called the cops and said get the license plate so when the hoodlums and their dad heard that, they ended it and got in their car.

The thing is, is about 2 months ago I met this 28yr old guy who had trained at Saekson Janjira’s when he was younger so he has a striking background and we have been training, a lot. We’ve got his younger brother in our training, as well as I’ve had several young (good) kids also hit the mits.

It’s really rare to have someone so close who knows how to strike and hold mits and spar light so despite all this ghetto bullshit neighbors I have, I doubt I will move in the fall like I had planned b/c I really enjoy the convenient training.

Neither of those guys have a god damn clue.

That was an easy situation to get out of without a fucking sloppy fight. If you cant use words to get rid of an idiot kid, you should certainly not be teaching.

Bruce Lee got into the famous fight with Wong Jack Man, realized Wing Chun was not all that, and ended up in Enter the Dragon wearing gloves with fingers, punching and kick, doing takedowns, and finishing with an armbar. 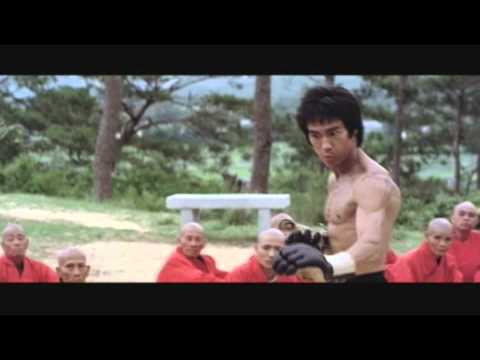 This is Emin Boztepe vs. William Cheung, two of the greatest WC experts ever. I dunno that they learned anything from the debacle. The WC teacher above looked pretty progressive with his training, but that said he didn’t look super comfortable on the ground, at all.

Bruce Lee got into the famous fight with Wong Jack Man, realized Wing Chun was not all that, and ended up in Enter the Dragon wearing gloves with fingers, punching and kick, doing takedowns, and finishing with an armbar.

This is Emin Boztepe vs. William Cheung, two of the greatest WC experts ever. I dunno that they learned anything from the debacle.

The WC teacher above looked pretty progressive with his training, but that said he didn’t look super comfortable on the ground, at all.

That first clip was really cool. Seeing the first style mma gloves, what looked like the idea of an armbar, and surprisingly a tap which I didn’t know was a thing dating back that far.

I have no doubt that if Bruce Lee was born later, he still would be a name in martial arts. It’s not his fault he was born when he was. You have to look at him vs everyone else involved in mma at the time to see where he stood and it was at the top. For sure he would be learning practical modern striking and grappling if he was born later. 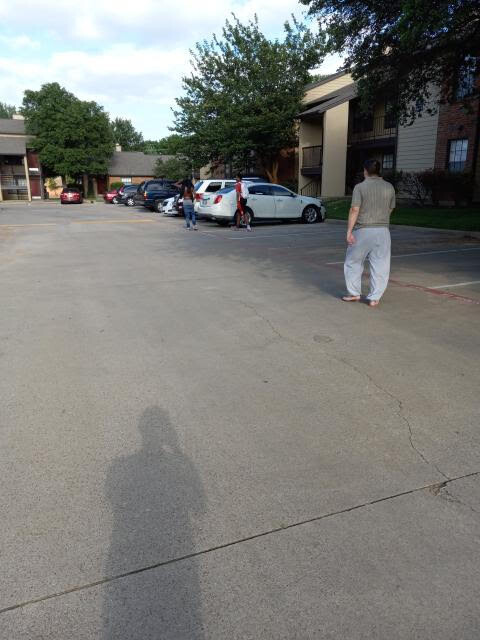 someone snapped a pic. I wasn’t following them as I was walking to the front office. It’s just they kept stopping to turn and talk shit to my neighbor and eventually I was closer to them. The taller one grew a hair on his ass and because I wasn’t trying to give off an impression of wanting to fight him, I had my hands down so he took that as a chance to sucker punch me. But little did he know, I had sparred earlier that day and train and am used to getting hit so a skinny punch from him didn’t do shit.

I think boxing, Muay Thai and Jiu Jitsu/wrestling are more effective for self defense than tma.

Also depends on the person and how hard they train.

Some PUNK comes into My Backyard, My School and tries to Hold Court in front of MY Students while I’m Instructing we Gonna Have a PROBLEM! I’m talking One Punch YOUR DONE, you Aint EVER waking up from that Nightmare of Disrespect!

Going out a a real limb there! LOL

Yep, I’m ahead of my time