Logan Paul says his knees are bad for MMA 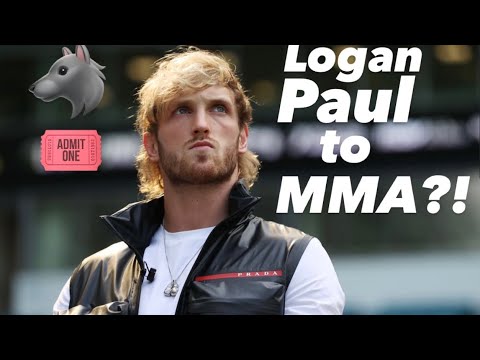 The guy isn’t a fighter but who in their right mind would be when you’re already worth millions and have an avenue for making countless millions more? No sane person in his position would decide to put their body and brain at serious risk of injury by becoming an athlete in a sport that pays far less than what they already make with a fraction of the risk.

He can just do these semi-real exhibition boxing matches which let him play the role of a fighter without actually being one, and get paid millions and millions for doing it. He would have to be retarded to want to fight mma instead.

I agree. he is just taking advantage of headlines by saying he wants to do MMA, IMO. If he really has 2 bad knees like he says, he won’t be boxing for long either

He would beat a lot of guys on the UFC roster

He’d beat Mcfaggot in a boxing match, settle down.

Hes not a fighter? Coulda sworn he just hung with the goat.

‘erebodie got an excuse not to fight… not me.’

I doubt it. I think Danis would submit him in 2 minutes

But does he have an excuse to sell fake black belts?

He took punches from and landed shots on a 44 year old not seriously training Floyd. I think that’s still pretty impressive and not something a “non fighter” would be able to do.

We will never know how hard Floyd was trying. I didn’t see Logan land any shots on Floyd. He blocked everything

in ufc he has to fight his weight

He should just come out and say there is no money in it and he needs to get paid far more than the UFC is willing to pay the top heavyweight in the world. That would be the truth for him and also an excuse him from actually getting into the cage with a real fighter for a real fight.

He would beat a lot of guys on the UFC roster

Jake Paul is doing that. His troll gimmick was actually hilarious when he spoke about Dana White not paying the fighters what they are worth