At Extreme Fighting 3, what were the thoughts on here going into the Maurice Smith vs Conan Silveira fight? We’re you shocked when you found out Conan got KOed?

How good was Conans bjj? Ultimately he didn’t strike me as being that technical but won more so at the beginning because he was big and strong and had some bjj and his opponents had little

Being kickboxers, we were pretty dour on Maurice’s chances. Conan was not only as good as Royce in grappling, he was a big guy and was a better striker than Royce.

Our hopes started rising when we saw Conan couldn’t do anything to Maurice on the ground, even when he got the mount. When Maurice knocked him out, we jumped around like madmen, like all our standup training was validated.

The next day, some grapplers came over to our class to start learning MT. 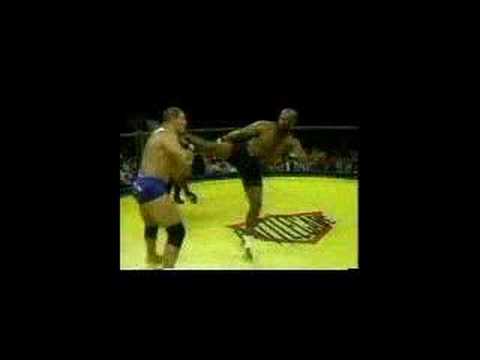 Yeah. I definitely wanted to see him put that straight right on him to send him into dreamland.

The problem was nobody had really seen a clean head kick land flush like that in NHB up to that point. It was a “holy shit” moment for everyone there including the official.

Some soccer kicks had obviously landed before that, but a clean head kick from standing? Pretty sure it was the first in a major promotion.

First mma show that had rounds and standup starts winning. Ufc added standups and suddenly pete Williams can ko Coleman. Then everyone’s saying how striking is doing great in mma.
They didn’t seem to notice that of course striking took over when they made rounds and standups. This fight was the first time I saw modern pseudo mma

They had to change it up or all the fights would’ve ended up like shamrock laying and praying on Royce for a half hour straight., nobody wants to see crap like that. Even old man shamrock was pleading with ken to stand up and fight him.

Correction.
ALMOST nobody wants to see that.
I for one am partial towards men laying in other men’s guards for hours strait while doing nothing but throwing headbutts from an awkward angle. 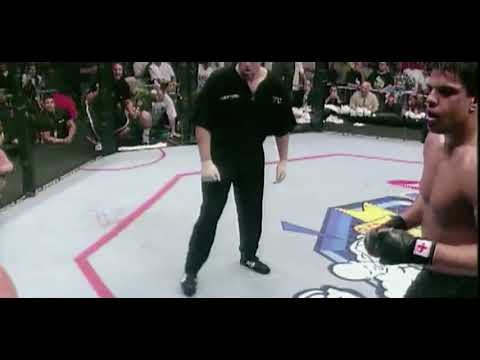 That was definitely the first High kick I remember seeing in proto-MMA.

that was an incredible era for martial arts.As a kid i gave up judo for TKD and when we had these high kick KOs it was a dream come true ,redemption.
BTW though I’m still blown away with Oleg Vs Tank.
I rate that fight up there with the thriller in Manila as far as hard core enduring punishment and courage. I spoke with Maurice about this one time

he said that was normal/expected for him. he already knew he could do it.

I could barely contain my disappointment that he had turned down the opportunity to be praised as a pioneer.

patiently listened as he explained that sweeping the guy was way more exciting to him, as it was outside his usual fighting style and squarely in the middle of Conan’s speciality

makes sense I suppose but the head kick was massive for MMA.

Nice kick.
Great technique to ko drunkards with. Almost useless with a naked setup in today’s MMA, of course. Conan looked like he’s never sparred one round against a decent kicker in his life as he stands almost casual.
For us kicking fans, Mo was a prophet.

I remember a kickboxer head kicking a BJJ guy was a big deal back in the day. Until that point, basically a striker lifting his leg off the ground was an invitation to get taken down. Maurice Smith showed a good enough striker can use speed and timing and set ups to win.

But yeah, it did seem like an early stoppage. Conan was definitely hurt and it’s doubtful the outcome would have been any different, but come on, getting staggered from a blow alone isn’t reason to stop a fight. The ref didn’t even give Conan a chance to recover or fight back.

Jesus, I forgot just how fucking big and jacked Coleman was in that fight. Looked more like a champion bodybuilder than a fighter. You don’t see physiques like that in MMA anymore. I wonder why?

They say it’s to protect the fighter and we all know the debate is ongoing. However, massive steroid use definitely ages you quicker. Coleman looks like he’s 70. Randleman is already gone (RIP). In a perfect world, those two would share their knowledge for a couple more decades while enjoying the fruits of their labour in good health.