"Why he didn't give me my money I have to work taxi to feed my kids and my family in Africa," says Mohamed.

Mohamed is from Sudan. He's been a taxi driver in Phoenix for six years. Saturday night, Rodriguez hopped into Mohamed's cab near Greenway and Hayden in north Scottsdale. He needed a ride to Garage, a bar in Ahwatukee. The 25 mile ride rang up at $75.

Rodriguez refused to pay and walked into the bar. Mohamed called phoenix police. When officers tried to mediate, police say Rodriguez got very aggressive and punched Mohamed in the head.

"My head, after that I go on the ground."

Mohamed has a heart condition and was taken to the hospital. He still hasn't been paid the full fare for that ride. 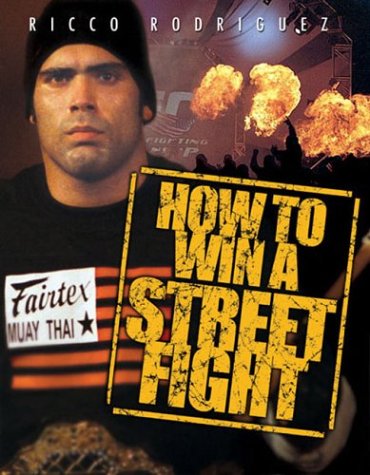 Those MMA fight sure are articulate and sophisticated fellows

Not the Neanderthals they're portrayed as at all

Such a complicated and complex sport

This sucks, this guy could have been one of the all time greats.... still say he beat nogeira

My dad used to drive taxis. It's bullshit Ricco treated him like that. One of the worst jobs going, especially on night shifts. Rodriguez should be ashamed of himself if this is true.

I'm guessing this IS true since he punched the dude when the cops were there.

So Ricco should get the full punishment that can be dealt out.

I seem to remember the gist of the Ricco swapping places with his wife story after the car accident so he wouldn't be blamed but can't recall the details. Story?

SamoaBrad - I seem to remember the gist of the Ricco swapping places with his wife story after the car accident so he wouldn't be blamed but can't recall the details. Story?

That's pretty much it, he thought she was dead so he moved her to the driver's seat to avoid a dewey.

Ricco is not a good guy.

That's pretty much it, he thought she was dead so he moved her to the driver's seat to avoid a dewey.

Ricco is not a good guy.

LOL remember this? Ricco's book got canned after advance reviews criticized it for being a weak cross between Rodman's book (lmfao) and "Inside the Lion's Den"
BrunoMcGyver May 21, 2011, 12:38am #13

Such an unfortunate fall from grace for Ricco. I don't give a fuck if the cab driver's called 'Mohammed', you don't hit a guy who's just humbly doing his job.

Any word if Tito bailed him out?

William Colosimo - Is 75 bucks reasonable for a 25 mile drive?

If thats the going rate (and the guy wasnt trying to rob Ricco) then that is some out of control shit Ricco did.

A lot more reasonable than $20 bucks and a punch in the face for a 25 mile ride.

The answer is, "that is not an outrageous amount to pay for a 25 mile cab ride".  I went to an amazing Sushi restaurant in Ahwatukee when I had the Arizona market for my job btw.  Cool little place.

CAn it wear the blackjack suit??

That's a shame....you wanted to believe he was becoming a nicer guy. Oh well...we can't all be nice guys.

honestly thought this was going to involve him not leaving a buffet when the owner asked him to. No idea why that thought came from