Looking how nowadays fighters look past their primes, i dont expect much, Robbie probably even flattens him out face first in the first minute.
Looking to Nick’s face, dude is changed, hard to explain how but las vegas definetly took a lot of out of him, probably the head bones density changed too, he doesnt look old nor how nick, something between crackhead and methamphine addict
Anw diaz fan 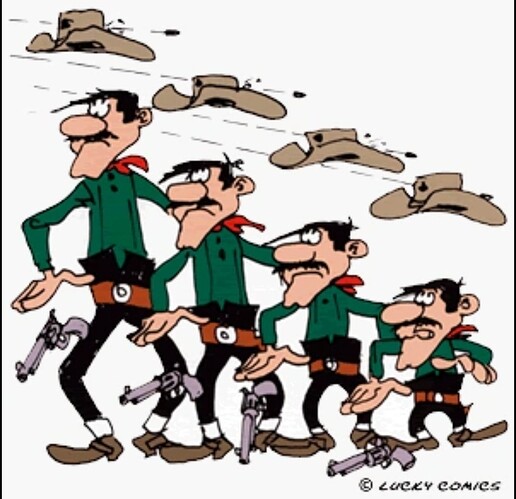 Against 6 successive years of partying? Bravo

but, you watch their fights don’t you?

I watch every fight, literally every main card fight. Doesn’t matter if you are in there or a Diaz brother.

So yes, but not because of them.

Hope you got what you wanted from that…

Nick Diaz hasn’t made the UFC money in years. How often does Nate fight? They’re self important narcissists. Your whole post was ridiculous.

You’re not a real mma fan if you don’t enjoy the Diaz brothers. Simple as that. Fuck boy

Nick is trying to convince himself more than anyone else.
I’m sure you’ve all been around guys like that.
They pump themselves up and work themselves into anger.

Tons of fighters do that too.

I’m not wrong though

Tyson always talked about it. He had to get angry. Made himself hate his opponent so when the bell rang he was ready to kill him.

Diaz bro’s are similar but they generally don’t understand how you can be buddy buddy with someone you are about to fight.

I am a fan of Nick and have been since the UA4 King of the Mountain Event in 2002. Nick fought three times that night. Lost in the finals to Jeremy Jackson.

He got Jeremy Jackson back a year later with a nice TKO win.

The Delay fight was awesome but my favorite Nick Diaz fight was vs Cyborg Santos in 2011.

It was a 9 minute war and Santos was trying to kill Diaz every second until Nick got the arm.

It’s on YouTube, if you haven’t seen that fight it’s a must. Here it is. He got Jeremy Jackson back a year later with a nice TKO win.

He got Jeremy back twice.

That fight was incredible. Nick ate over a dozen brutal kicks and kept coming like it was nothing

I remember watching it for the first time I couldn’t sit down. Every time Nick get smashed in the face I cringed. He took at least 20 hard shots and kept coming.

Santos hit him as hard as he could, clean too and I did nothing to Nick. Santos had to be discouraged.

I literally just rewatched that fight about an hour ago. Nick’s chin and pain tolerance is incredible. And they combination of jabs and an overhand left in the first round was a thing of beauty. Then towards the end of the round the body shots then to the head combination… again a thing of beauty. Then I rewatched the Diaz Daley fight after and again Nick has a hell of a chin

And this bozo @ConorWinsTheRematch thinks Nate is better than Nick

I got Robbie by 1st round ko.

Robbie got subbed by Askren. What’s he got for Nick?

The fact that Nick hasnt had a fight in years works in his favor. For every shot Nick took at the bar, Robbie took three to the dome.

I’m hopeful but time is a bitch… Guy hasn’t fought in awhile and the damage he’s taken over the years is impressive.