Poirier Reveals He Was Offered CC

Dustin admitted he walks at 185

I think the fight is dumb. Does nothing for Colby with a win. He should open his big fukin mouth and call out chimaev

Waits till CC can’t fight then the diamond cucks.

Dudes in shape, bring it on. 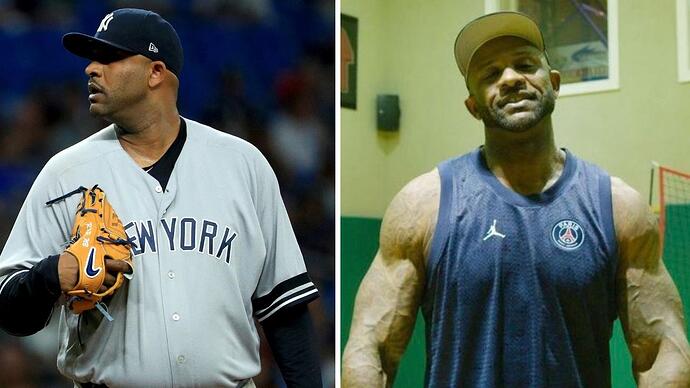 Was a Poirier fan but not after this bs. He knows this isnt going down. What a bitch call out.

A strategic call out to save his boy’s ass. If Colby agrees to fight, he has to reneg on the Masvidal lawsuit and endure a slew of brain scans and testing by a crooked Las Vegas doc. He’ll pass with flying colors.

Fight does numbers imo. There’s real heat. It’ll sell itself and these types of fights are the fights the fans want. Two guys who we know don’t like each other. And it puts Dustin in title contention at 70 if he wins.

It should be Colby vs Connor

the more he talks, the more decent and reasonable he seems. hope his wife is behaving. i think she’s the only person on earth who could damage him.

I would pay $100 for that no question

It’s gonna be interesting to see how Colby can handle Dustin’s punching power. I still think it’s a fight Colby wins comfortably though.

Yeah that’s if Poirier’s power carries to 170. It’s a terrible matchup for him and I don’t even wanna see it.

Dustin has gotten quite annoying as of late, he knows with everything going on that Colby won’t fight him in July. Weak call out.

Lead up to the fight will be entertaining. Colby mentioned a couple of times a reference bto Dustin’s wife cheating on him and being a Ho. Latest one was pretty funny tho 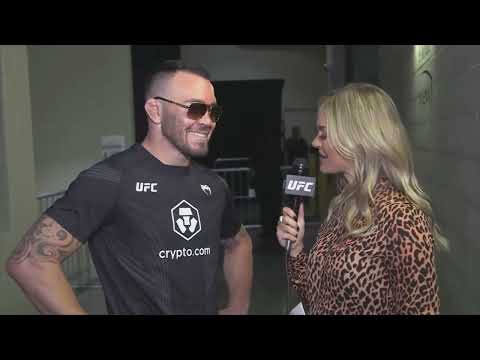 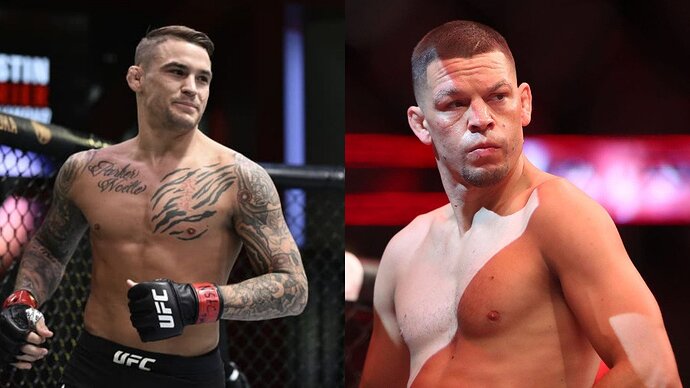 Poirier Laments The Possibility Of Diaz Exiting UFC Before They Fight

Dustin Poirier still hopes he and Nate Diaz are able to meet in the cage before the latter fighter potentially moves on from the UFC. Despite UFC 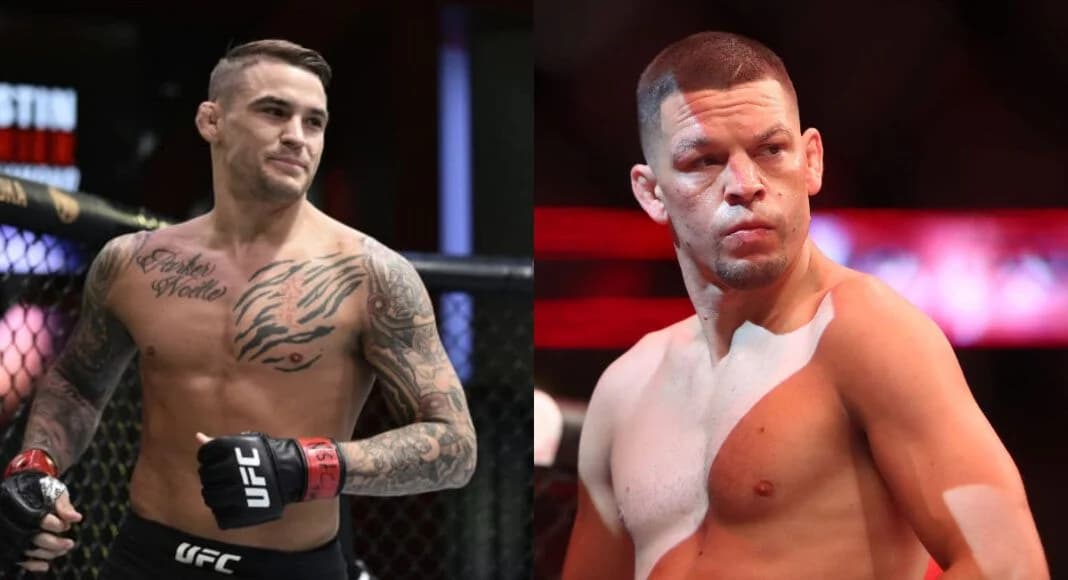 Dustin Poirier still hopes he and Nate Diaz are able to meet in the cage before the latter fighter potentially moves on from the UFC.

Despite UFC President Dana White saying the promotion has moved on from the matchup, Diaz and Poirier have continued going back and forth online. In a recent appearance on The MMA Hour , host Ariel Helwani asked Poirier what’s kept a fight between him and Diaz from being booked.

While Poirier admitted that he can’t speak for Diaz, “The Diamond” claims he’s always been ready.

“This reality show of an MMA community that we have, everybody’s throwing shit at me anytime I say, ‘What’s up Nate?’. Bro, this fight has been offered to me twice already this year and I’ve accepted both times. It’s not like I’m chasing this guy. Don’t call my phone and ask me to fight the guy. I don’t know, maybe he can’t get a deal done. On my side I’ve accepted twice now this year, 2022.”

Nate Diaz last competed at UFC 263 in 2021, losing a unanimous decision to Leon Edwards. The former-lightweight title challenger has been in the UFC since 2007 but only has one fight left on his current deal and has been making public efforts to try and get out of the contract.

Diaz recently made headlines with a social media post where he urinated on the UFC’s Performance Institute. That incident was just the latest in a long list of issues Diaz has had with the promotion over the years.

Poirier Eager To Get Back In The Cage

When asked by Helwani about a timeframe for his next fight, Poirier expressed his desire to compete this summer and not wait around too long for his next opponent. While he’s open to other matchups at both lightweight and welterweight, “The Diamond” still feels the fight with Diaz needs to happen before Diaz potentially leaves the promotion.

“That’s a fun fight for me. Like I said – and I guess a lot of people say the same shit with that — it’s like, I’ve been watching the guy fight. I was living at my mom’s house, he was fighting on Spike TV, and stuff like that. I’ve been a fan of him and his brother for a long time. But if he leaves the UFC and I never get to touch that chin, that sucks, man.”

Poirer hasn’t fought since a submission loss to recently stripped lightweight champion Charles Oliveira at UFC 269 last December. That bout was Poirier’s second bid at the lightweight title after losing to former champion Khabib Nurmagomedov in 2019, also by submission.

The former interim-title holder put together a three-fight win streak between those title shots with a decision win over Dan Hooker and two stoppage wins against Conor McGregor.

welllll…if UFC officially offered him the fight, then blame the UFC for offering it.