Reasons why nobody watches MMA anymore?

Has it really gotten that bad?

Yeah, I agree, on one end, the length to which the refs used to let fighters get beaten half to death was borderline criminal, but on the other side of that, fights are stopped wayyyyy too early these days.

I think a lot of times it’s done to give certain UFC golden boys “TKO victories” and so the ref jumps in to stop the fight and give them the finish, but it’s clearly something they’re being instructed to do by the promotion, whether it be legally or illegally or by using ‘fighter safety’ reasoning for those stoppages. We all know the real reason tho ($$$).

I do think the fighter safety angle sometimes applies, but the UFC does it for liability reasons before actual fighter safety reasons. Meaning they don’t want further NFL/CTE-esque litigation in the future (which I think is inevitable regardless).

In fairness tho, the earlier stoppages do serve to protect the ‘merchandise’ in that fighters don’t take as much damage from fight to fight, but there are clear times when they absolutely let things go like they used to even as recently as 2016 (Rory/Robbie, Matt Schnell in Long Island, Ortega fights, Kattar fights), so it’s all multifaceted.

I am aware that some fighters will talk to their ref before their fights and absolutely demand that refs not stop fights early, so I wouldn’t be surprised (mfer) if there were fighters who did the opposite and asked refs to stop the fight early if they were starting to take too much damage.

There are certain fighters who are already pretty chinny who are absolutely given a shorter leash than tougher or younger fighters are. And of course, women’s fights are stopped early as well, but I suspect that that is to avoid the sjw crowd from coming in and claiming that the UFC lets women be beaten on television for thousands of women haters to watch.

will not stay awake for Adesanya ever again

Nate goes to the hospital.

Who the fook is Pereira?

Who the fook is Pereira?

A better opponent than most PRIDE fighters ever beat

Pretty sure Rampage admitted he had been offered more money to lose certain fights in Pride. Thats fight fixing

Yeah, they need to step up their game.

as much as I can

That wasn’t a problem before

The last 2 cards where insane in terms of exciting fights

… meanwhile in reality: mma is on an all time high in terms of popularity and talent.

But boomer casuals despite it because they are too lazy to learn new names. 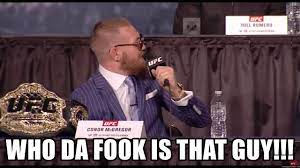 Lesnar would have literally smashed everyone currently in the UFC.

This is a fact

That fight between Francis and Gane was hilarious. Zero grappling. Lesnar and DC punish both of them

If I miss a UFC then I’m probably at a live, local event. My biggest MMA drop off has been watching Bellator and the PFL. Coincidentally, I watched the PFL last night because it was on ESPN and that’s the channel I had on at the moment.

I missed last nights card but sounds like it was incredible. I saw the footage of the main and comain finishes. Nice shit