If you've been around here long enough, many of you will remember me posting my MMA artwork between about 2001-2005. Well I was just digging around in my basement and realized I've still got a bunch of these drawings and paintings from back then that I ought to try to sell still. So I figured I'd offer them here first.

Here are some of the ones I have available at this price: 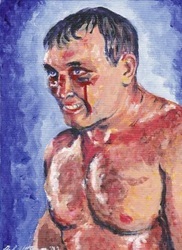 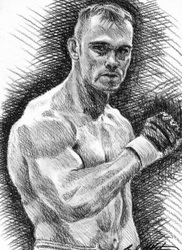 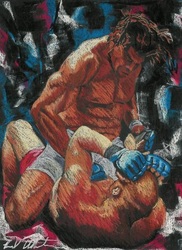 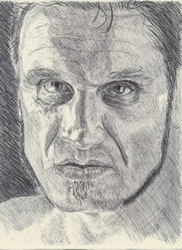 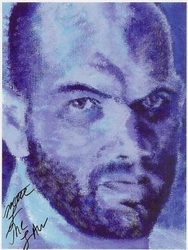 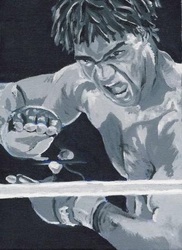 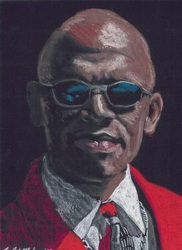 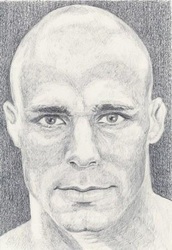 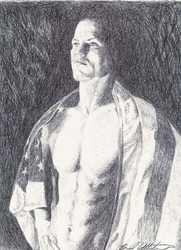 Frank Shamrock, fingerprint painting (I also have a Royce Gracie, Rampage, Benji Radach, and Dan Henderson done in fingerprints if interested I can send you the images for those): 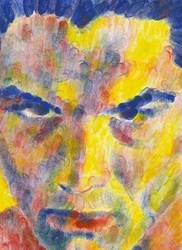 Takayama after his legendary fight with Don Frye (5x7") pastel: 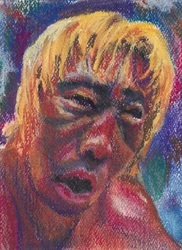 I've actually got many more as I look around, a Hermes Franca, Jeremy Horn...a couple of the melted crayon ones which I'm afraid to ship because the last time I tried that it got damaged...and I know I've got more in different places as well. So we'll start with this and if it seems to go well I'll post up some more as I dig them up.

And one other thing, I've got a 100+ card trading card set featuring my MMA artwork, some of the ones above and many more that I've done from back then and also more recently. Will sell sets here for $30 delivered.

a few of the trading cards: 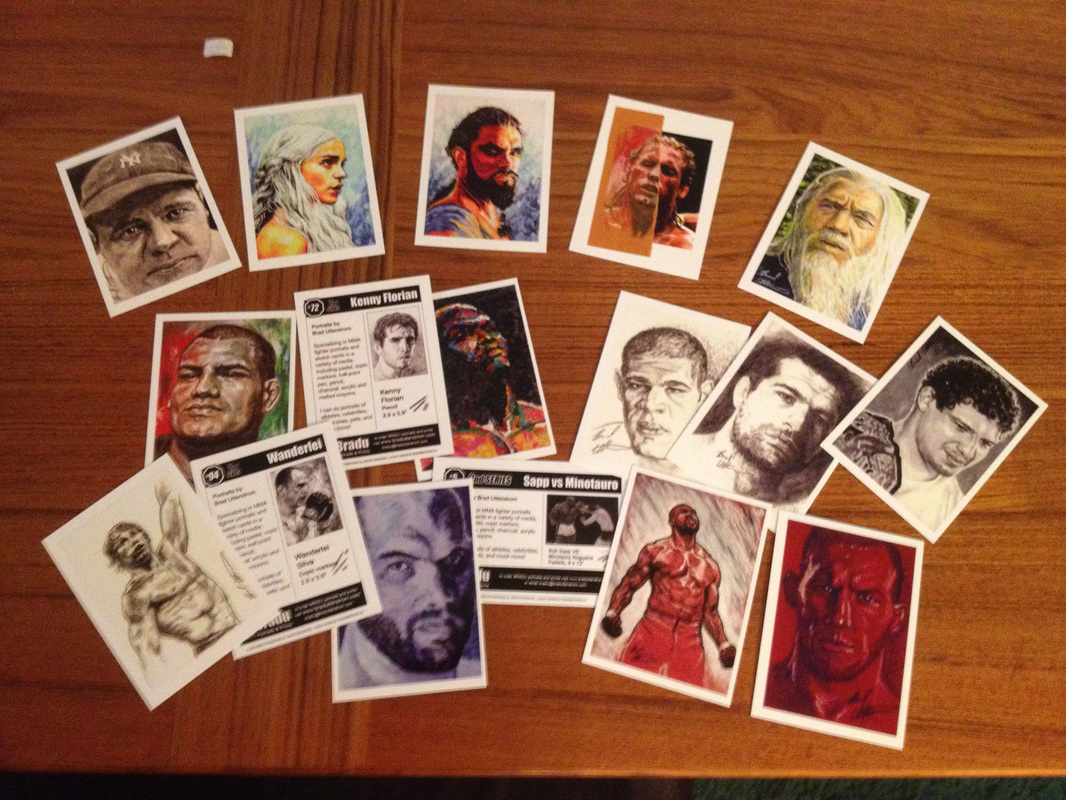 These are fkn DOPE..hope you compensated well...have you ever done a Tyson pic? That would be epic!

Reagan send me an email at bradu@bradutterstrom.com

Ecc, no Tyson, surprisingly. Only boxer I've drawn is Ali

awesome drawings and good to see you around the UG Brad... Hope all is well with you

Thank you for sharing and may you sell out.

If I could I would but at immediate present I cannot just yet.

Ecc, no Tyson, surprisingly. Only boxer I've drawn is Ali

Thanks Reagan, got it. Thanks for the props on my work, guys. Like I said, been doing this a long time around here. My work has taken some turns in recent years as I do mostly sketch cards now, but I still work more on MMA artwork than anything else.

Thanks for the purchase Reagan!

Yes, shipping included in the us. I'll have to charge for shipping international

Is the card set all mma or are some babe Ruth, gandalf etc like in the pic?

bradu - Yes, shipping included in the us. I'll have to charge for shipping international

Hel13torm, I just wanted to add a few non mma to show some variety and to send out when I sell some non mma artwork.

The set is I think 114 cards with 5 or 6 non mma. You can see the checklist on my website www.bradutterstrom.com

checklist is on this page: