15) Paddy Pimblett - 9. At 22 years of age "the Baddy" has it all. I consider him most likely to be the next Money McGregor. A flashy finisher with a flair for the microphone. This scouser is the future of the fight game right now. He is Cage Warriors Featherweight Champion. A clash against Conor could be likely down the road, Paddy is a large 145 lbs. at 5'10 and probably still growing. His last loss was over a few years ago, a quick 1st round sub, much like Conor. Watch this kid closely. Overall Record: 13-1

14) Kron Gracie - 4. Gracie continues the streak of his Father before him, the superior sensei Rickson Gracie, who retired from MMA with a perfect 11-0 record. Despite the short length of his career, Kron masterfully mauled well rounded top tier veteran Tatsuya Kawajiri, who before his loss to Kron had went the distance in decision losses to UFC's #4 ranked Featherweight Cub Swanson and #11 Dennis Bermudez. Conservative estimates put him top 10 in the world @ 145 lbs. with a true Champion ceiling. Overall Record: 4-0 13) Justin Gaethje - 17. The highlight is a super savage. Gaethje has never lost and finishes fights. Justin defended his WSOF belt 5 times and has not lost in 5 1/2 years. Overall Record: 17-0

12) Cris Cyborg - 17.  If not for a positive test in the past Cristiane Justino would rank much greater. Much of her career is marred in controversy. Despite this drama, Cyborg has not lost an MMA fight in about 12 years, when she lost her very first fight. After being cleared by USADA fans eagerly anticipate her return. Overall Record: 17-1(1)

11) Vitaly Minakov- 18. With so many wins in a row it's a shame we may never see Minakov in the UFC.  At 32 years old there is definitely much time left, as Heavyweight is the slowest aging division for fighters. Minakov had a 5 fight stint in Bellator, where he won the belt and defended it once. Notables wins are Alexander Volkov, Cheick Kongo and Eddie Sanchez. Overall Record: 18-0

10) Khabib Nurmagomedov - 24. The most wins in a row on the list. Still the Russian Eagle has been marred by inactivity due to injury. Khabib has won 8 straight UFC bouts and has not lost in over 8 years. Top names on his record are Michael Johnson, Gleison Tibau, Rafael Dos Anjos and Pat Healy. Overall Record: 24-0 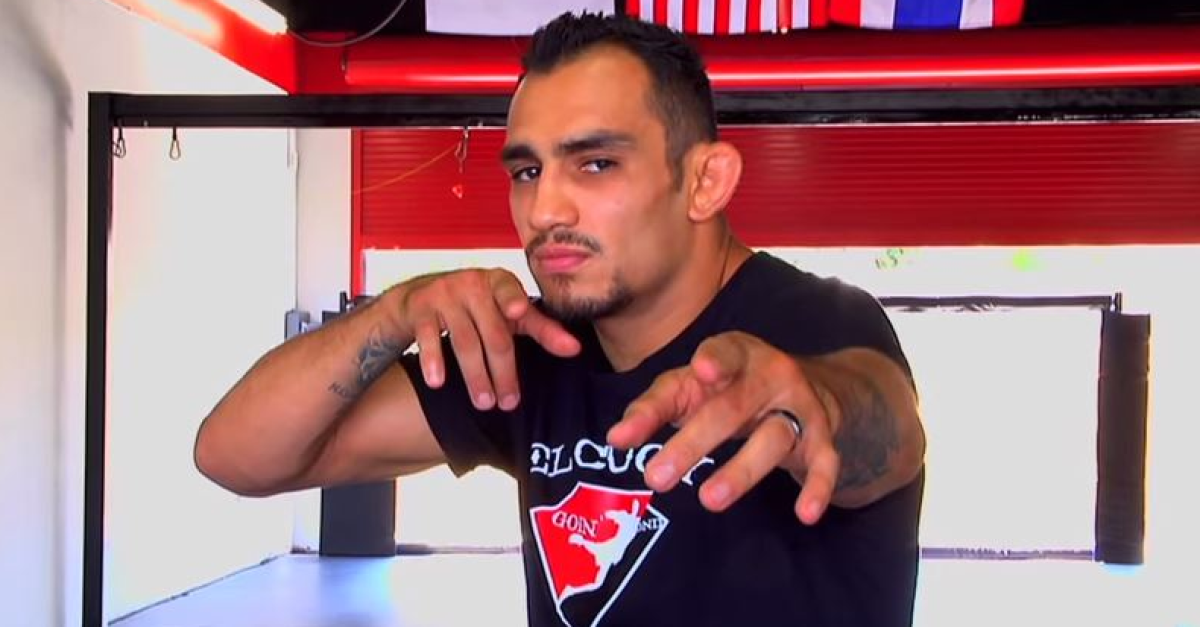 8) Stipe Miocic -  4. To win four straight fights in the current UFC Heavyweight division is a miracle. Stipe has finished Mark Hunt, Andrei Arlovski, Fabricio Werdum and Alistair Overeem with strikes in succession. The unsung hero of Cleveland has an Overall Record of 16-2. 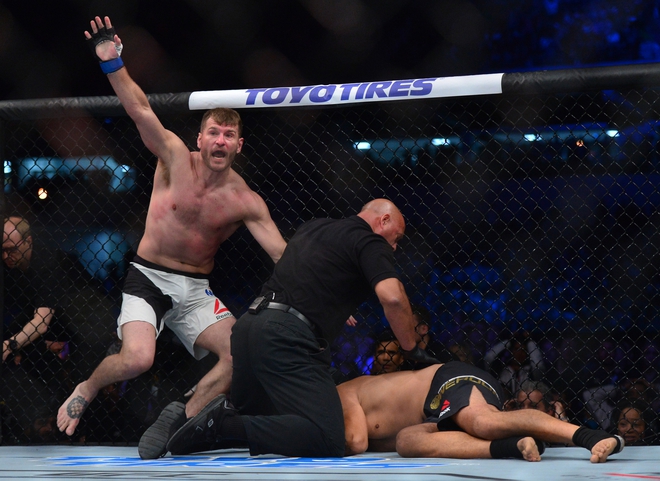 7) Cody Garbrandt - 11. No Love has not lost in professional MMA sporting an unblemished 11-0 record. After besting an all time great like Dominick Cruz, who at the time was riding a 8 year, 13 fight win streak, it's difficult to not rank Cody G so highly, despite him not necessarily deserving such a rank due to lacking a title defense. Cody's pro career is a little over 5 years in length and his top wins are Dominick Cruz, Thomas Almeida and Takeya Mizugaki. 6) Ben Askren - 15. The unbeaten best has trampled and trounced everyone sent his way the past 8 years. In a prolific NCAA wrestling career, Askren only lost to 2 opponents. He was known for his pinning ability and utter dominance in a "funky" unorthodox style of wrestling, this makes him impossible to prepare for, because nobody can replicate his strengths in sparring. He has 15 straight wins, with 5 world title defenses and has won belts in multiple MMA organizations. His most notable run came for the soon to be defunct Bellator, where he smashed Douglas Lima, Andrey Koreshkov, Jay Hieron, Karl Amoussou and Lyman Good. Askren is well known for his ongoing feud with UFC President Dana White and inability to not be the most alpha male in the room. Overall Record: 15-0-1 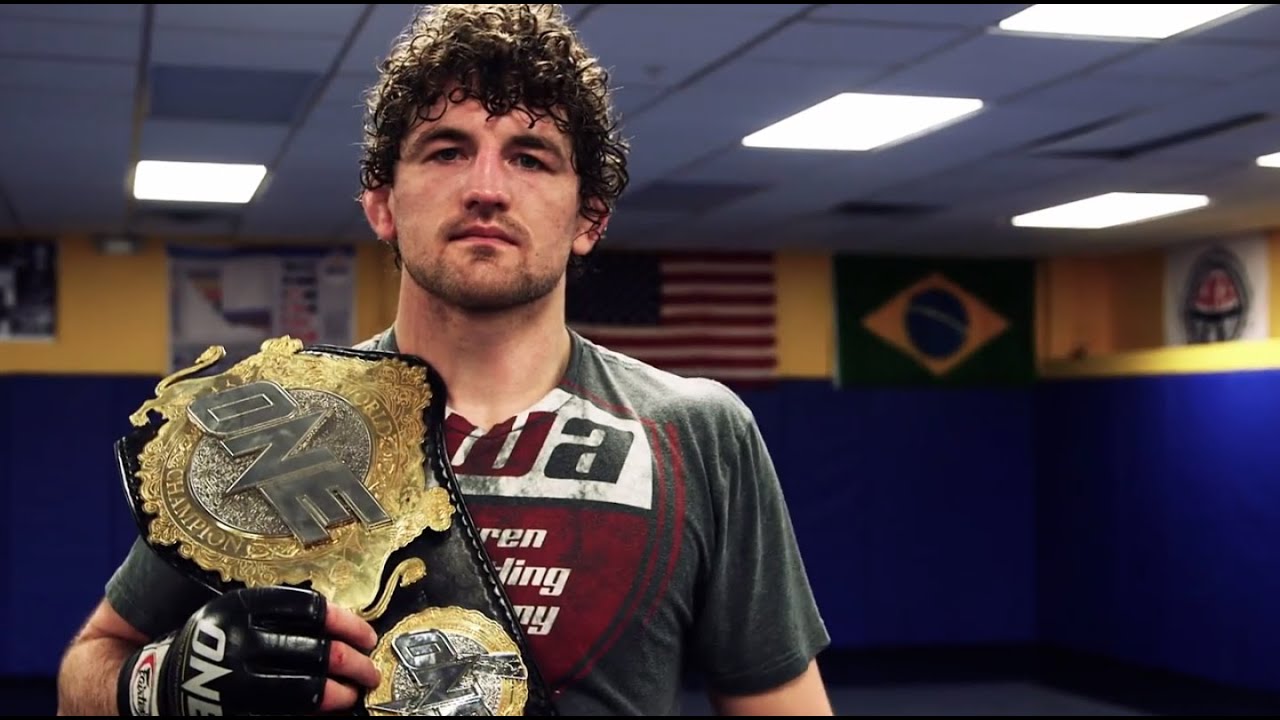 5a) Amanda Nunes - 5. The Lioness has devoured her UFC Women's Bantamweight division. Putting a smaller streak so prominently may be a question mark to some. But consider that Nunes has beaten Sara McMann, Valentina Shevchenko, Miesha Tate and Ronda Rousey in succession. Overall Record: 14-4

5b) Michael Bisping - 5. With an inability to discern which win streak was better between Nunes/Bisping, I decided to let them share the 5th spot. Bisping has 5 straight wins over CB. Dolloway, Thales Leites, Anderson Silva, Luke Rockhold and Dan Henderson.  Overall Record: 30-7 4) Max Holloway - 10. Jerome has done the work of a Champion @ 145 lbs. The current interim Featherweight Champ is only 25 years old and has not lost in 3.5 years. His last loss was a UD to Conor McGregor. His streak features wins over Andre Fili, Cub Swanson, Jeremy Stephens, Ricardo Lamas and Anthony Pettis. Overall Record: 17-3

2) Demetrious Johnson - 11 fights. Mighty Mouse has not lost in over 5 years, which has been enough time for him to rack up 9 title defenses tying him with GSP for 2nd most all time, behind only Anderson Silva who has 10 successful title defenses. Notable wins include Kyoji Horiguchi, Henry Cejudo, Ali Bagautinov, Joseph Benavidez, Ian McCall and John Dodson. Overall Record: 25-2-1 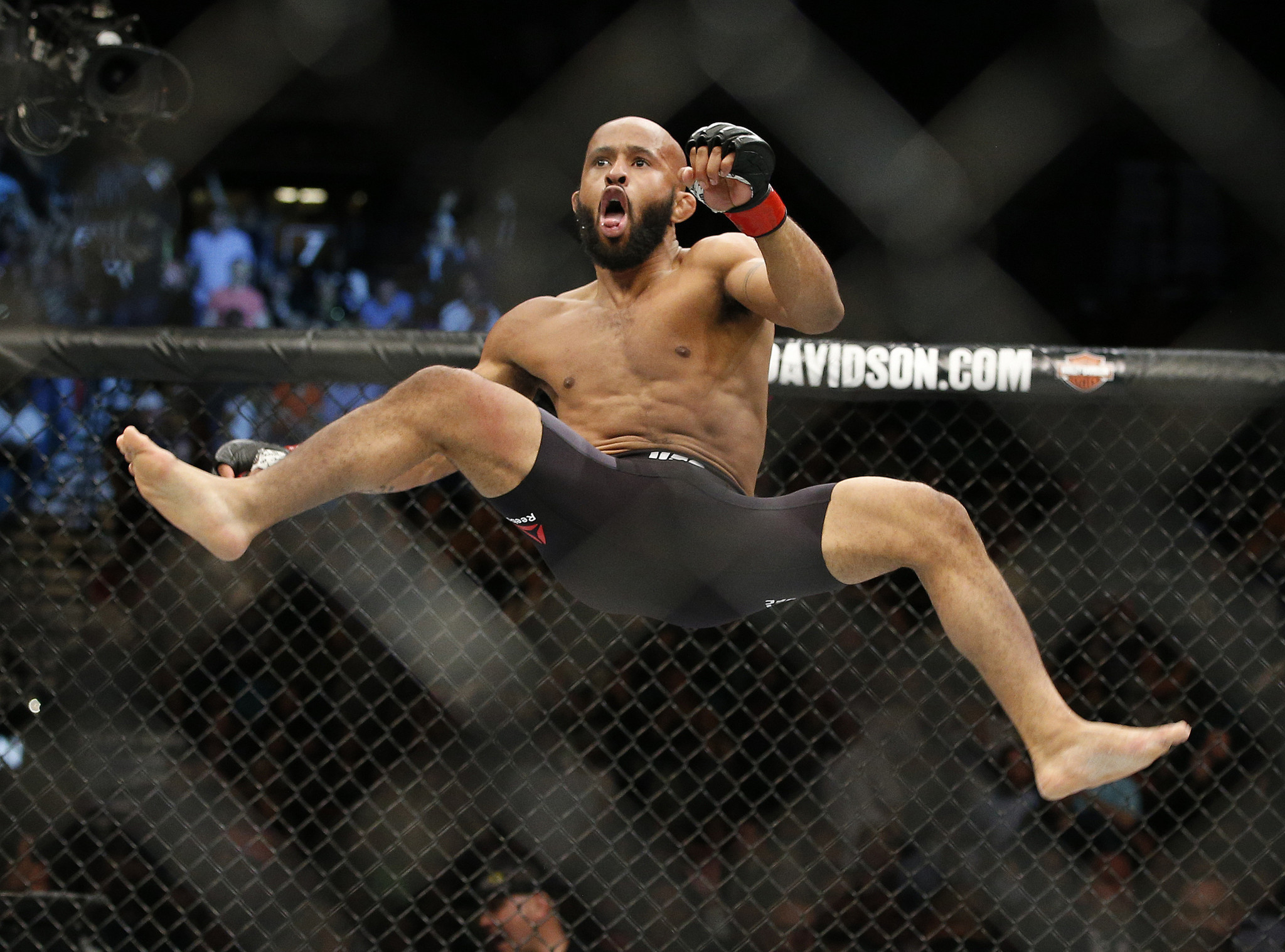 Any use of this material without the express written consent of the author "CRE" is strictly prohibited.

This list was generated for the Underground MMA forum and not for the multiple mainstream outlets that like to steal and pass off the work of others as their own. Fuck it. It was somethin to do..

"Ain't get accepted, was rejected and now they regret it."

how many of these win streaks are made possible by 1 or 2 bad judges decisions in close fights?

how many of these win streaks are made possible by 1 or 2 bad judges decisions in close fights?


bad judging only serves to strengthen the reality of a lengthy win streak in MMA, for the converse can be said in regards to win streaks being lost to bad judges decisions instead of bolstered by bad decisions.

Yoel Romero - 8. Due to a recent USADA doping violation Romero was not listed. Nonetheless the soldier of god has not lost in his 8 UFC fights, his last loss was in 2011 to Rafael Cavalcante. Wins include Brad Tavares, Tim Kennedy, Lyoto Machida, Jacare Souza and Chris Weidman. At 39 years old he has shown zero signs of slowing down. 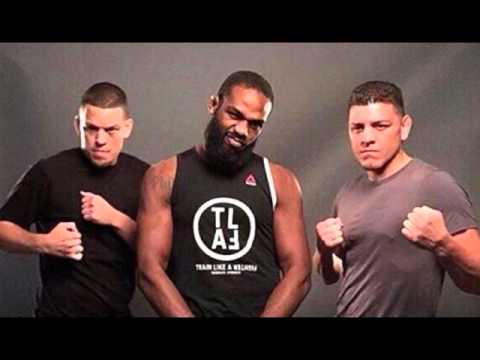 khabib at only 10 is criminal.

Everyone above him except for Tony Ferguson has been a Champion for a major organization
1000TJDillashawExcuses February 23, 2017, 1:14am #11

walk me through that

walk me through that


Ferguson is on a 9 fight ufc win streak to Khabib's 8 fight UFC win streak and his wins are more recent and relevant. Barboza and Thomson are higher caliber fighters, Thomson has finished Nate Diaz, who has a win over the current Champ Conor, Barboza is currently #5 in the world, these are fighters the likes of which Khabib has really never faced in his career sans RDA/Michael Johnson and the RDA that Ferguson fought had been a Champion, plus Lando Vannata looked incredible vs. John Makdessi.

Jones is inactive and currently under suspension. Addressed it earlier in thread. Romero is the one missing, but to put fighters with doping violations above athletes with none of that surrounding them seemed unfair, coupled with stoolgate and what some said was a questionable decision over Jacare made me hesitant to place him..

"Gsp isn't currently active and has been sitting longer than Jones...."

GSP will fight before Jones does, he's active and in the USADA testing pool.

I would have put Demian Maia somewhere on the list. 6 fight win strength dismantled a former interm champ. Beat a warrior in Matt Brown. And the way he dismantled the rest is nothing short of amazing.

thegreatone287 - I would have put Demian Maia somewhere on the list. 6 fight win strength dismantled a former interm champ. Beat a warrior in Matt Brown. And the way he dismantled the rest is nothing short of amazing.

Good one.
next page →