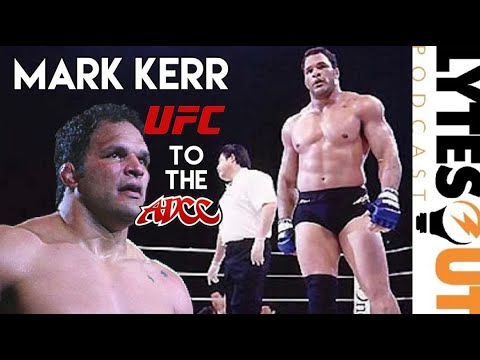 Is Mark missing his front teeth?

Another great episode. I think it’s great for Kerr that he was able to get someone like The Rock interested in his story and was sad to hear about the delays they had.

But not sure at this point if The Rock still wants to play Kerr or if he just wants to Produce the movie and have someone else play him. I know Hollywood Juice is top notch but Kerr was like 28 when he started fighting and The Rock is 50 now…

I don’t know about that guy.I have never seen him with a women.

I have never seen him with a women.

No Babe in Smashing Machine ?

No Babe in Smashing Machine ?

I’m pretty sure that I have only watched parts of that documentary.

If he did have a women,good for him.I’ll put down my thoughts.

Well… you are referring to a one way street

There might be two way traffic using that road

twas a good one
highlights include being sued by ufc for signing with pride
pride was gonna pay 180k, his layer fees were around 150k

The lawsuit delayed everything

Wow. He’s barely even in the movie.

He was married to a former Playboy model. Their son is about to finish high school.

They made him look like a cocky and drug addled alcoholic? That’s terrible because that definitely didn’t prove to be true by his future behavior.