Got a fight coming up in a little under two months possibly witha San Shou guy. It's in an MMA tournament, so I get to fight with my rules. I just don't want to overlook anything. I'm not all that familiar with San Shou, so I'd like some tips on what to look out for when I step into the ring. Been training a lot of stand up, so I can get him where I want him. ON THE GROUND. Thanks for any useful tips

Is it Cung Lee?

Set up a post to the attention of Brad Burrick. Great San Shou guy who also does MMA.

lol @ judging sanshou based on one k-1 fight.. Sometimes opinions should be kept to yourself.

Aside from a few techniques, most of it you've already seen in MMA. but esp. note the sidekicks and throws.

do a search for san shou on this forum and look at some of the links I've posted.

ummm, I have seem a lot of perfectly executed - hard ass take downs in san sho - so I wouldn't listen to the guy above. His post is equivilent to watching tank fight and saying all mmaers are just brawlers that have no skill.

bull is correct. good luck in your fight.

Been training a lot of stand up, so I can get him where I want him. ON THE GROUND.

this is the thing about san shou. To be successful in sanshou means that you're able to not be taken down. the mma equiv. of Sprawl n Brawl - as like Chuck Liddell.

So maybe you can outstrike him, maybe your groundwork is better.. but work very hard if your gameplan consists of clinching with him because this is the core of the sport.

of course just like mma guys, not all san shou guys are equal. some have better striking, some better throws etc.. 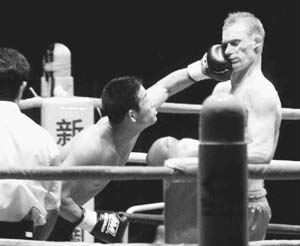 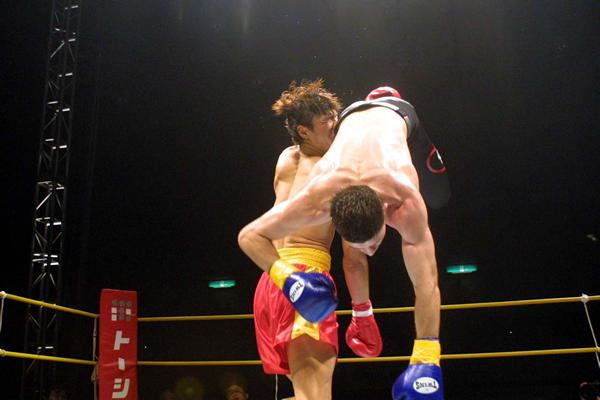 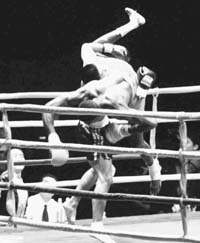 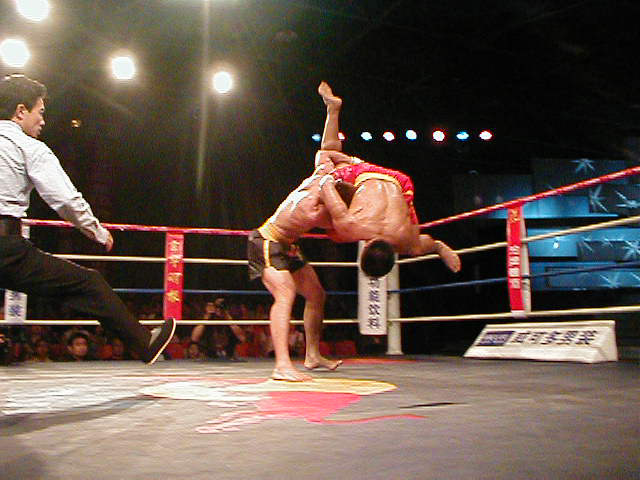 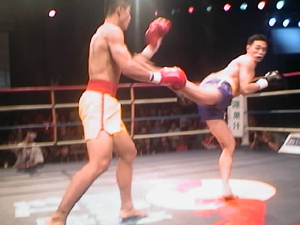 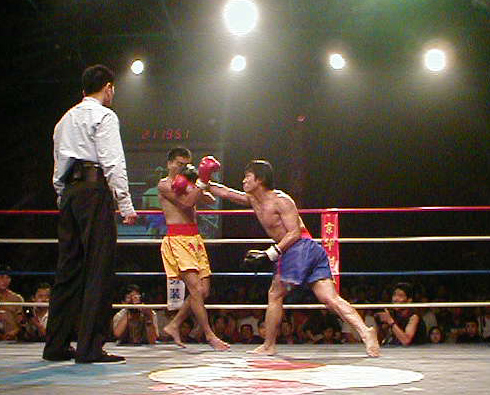 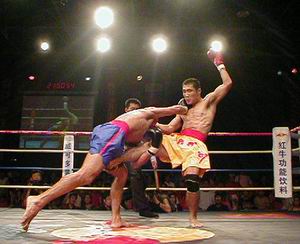 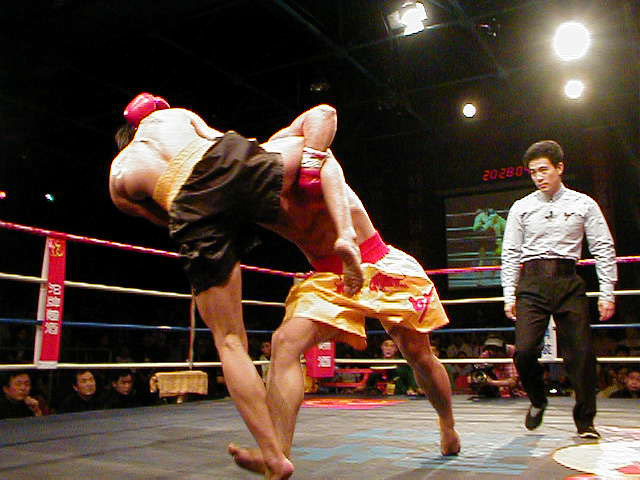 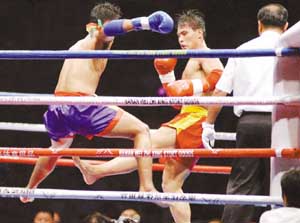 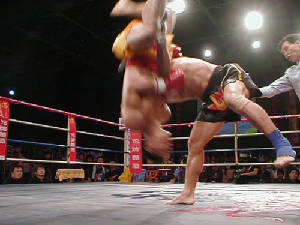 what are you basing this on, 2 fights you saw of Cung's?

got to love guys who make these grand statements based upon 2 to 3 fights they saw. I've seen TONS of suck ass Muay Thai fights?

Are you one of those jealous MT bitches? A couple of the guys in these pics are the guys who went to Thailand, fought ranked stadium champioons and KO'd them recently

Just answer the questions, if you are gonna state the above "HOW MANY MATCHES HAVE YOU SEEN?"

Ever seen a world championship?
Ever seen teh San Da guys fighting in shoot box?
How about the San Da guy who was undefeated in RINGS and fought in Pride?

You should expect a SanShou guy to have good stand up (both hands & feet/legs) and the ability to work the clinch well (both in clinch knees and takedowns/throws from the clinch).

In SanShou your knee cannot touch the ground when you take a shot (I'm 90% sure of this), so I would not expect a singleleg/double leg to be their specialty.  Of course, if the guy wrestled before he could have a good shot too.

SanShou does not teach submissions, so even if dude takes you down you should have the advantage when it gets to the ground.

If you have good wrestling/submissions & you're fighting a SanShou guy I wouldn't worry about his takedowns.  MuayThai striking is his biggest strength.  Get him to the ground & take him out of his element.

Adam Cannon,
A sure sign that you don't have much fact or reason on your side is your need to throw in a personal insult...

Are you that immature that you can't answer a question without trying to throw in a childish remark?

Since you claim to have sparred with nationally ranked San Shou people, you should name them, since otherwise, especially based upon your behavior, we could think you are simply full of crap

Since you don't have a profile filled out, I can't see where you are training... but I can tell you something, if you aren't in San Jose, New York or Boston it's really hard to believe you are working with ANY ranked people...

Just name some names... we won't hold it against them, but if you can't even name the names, why should we believe anything you say

" Generally San Shou fighters suck at every aspect of fighting"

The sheer ignorance in this statement leads me to believe you are probably 18 years old and have never done any real fighting except what you do with friends while watching tapes....

What school is the San Shou guy from?

To assume an opponent has no skills is a good formula to lose a match. Some like to thump their chests and clearly, there is no shortage of dumb one liners here...

IMO, assuming he'll be weakest on the ground IS a decent assumption, but remember, to get him there you have to clinch and takedown, that is going to be the danger zone for you

and Karate, TKD, Boxing, or any form of striking (assuming that they've trained hard and sparred hard as well), also replaces Muay THai

I'm no expert on all of the above... but to say that, for example, boxing replaces MT? I have my doubts.

boxing = no knees, no kicks, no throws from the clinch, no elbows... and in turn no defense against any of these weapons when used by a MT fighter.

and karate? I guess maybe kyokushin could work... but stuff based on katas / forms? no way... IMO.

When is everyone going to get over these stupid politics. I started off fighting in MMA and then switch to San Shou/Sanda. I think San Shou/Sanda is much hard far as conditioning is concerned. MMA is harder mentally because it has more techniques since it allows submissions. Personally, I enjoy to watch and compete in San Shou/Sanda more then MMA.

I've never seen yellow in Judo. What is that equal to?