TJ Dillashaw claims he did not benefit from previous PED use 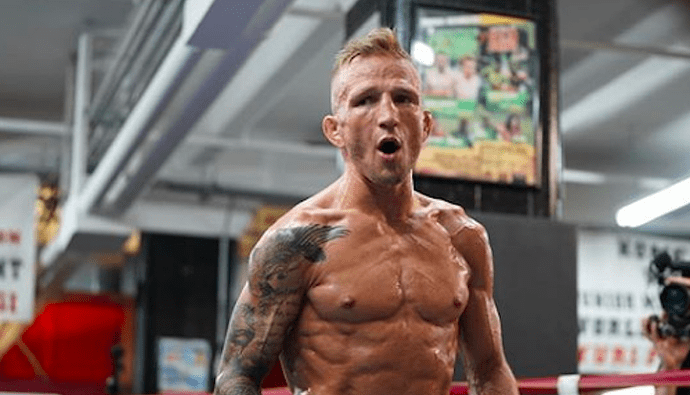 TJ Dillashaw claims he did not benefit from previous PED use, promises to be... 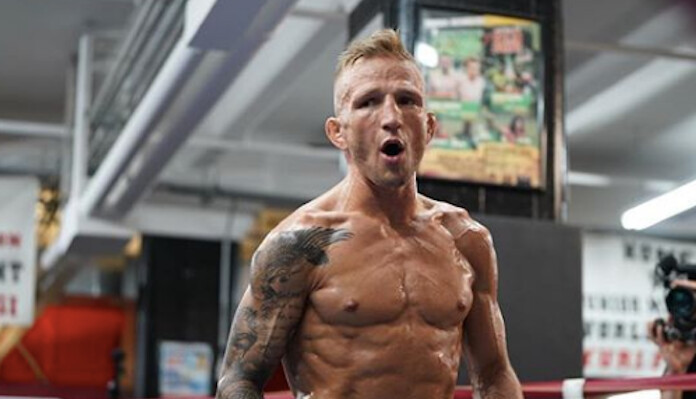 Former UFC bantamweight champion TJ Dillashaw has claimed he didn’t benefit from his previous PED use.

Back in 2019, Dillashaw was stripped of his 135-pound title and suspended after testing positive for recombinant human erythropoietin (EPO). It came in the midst of his UFC flyweight title defeat to Henry Cejudo, with many questioning whether Dillashaw would even return after his suspension was complete.
Promises to be “a f*cking animal” in UFC return

“If I thought I got somewhere due to PEDs, I wouldn’t be calling out Cory Sandhagen,” Dillashaw said. “I wouldn’t be asking for the top five. I’m going to be a f*cking animal when I get back in the cage.”

He’s such a faggot.

It’s a common statement from people who recieved financial help from their parents. Often those people will say that they are self made and were not helped.

Usually it’s a good idea to downplay any help you have recieved in your life. That being said its also important to appear humble.

People who were given advantages or took advantages are generally disliked. So they pretend that those advantages had little effect or deny them happening at all.

I don’t hate on TJ for saying this or even thinking it. It’s very common, if I hate on TJ for this then I have to hate so many people for similar actions.

The world keeps on spinning even if yours came to a halt.

TJ is in for a rude awakening.

I’d still take him over Cody though.

TJ is in for a rude awakening.

Think so? I’m wondering if he’ll just try to come in with a wrestling heavy game, Aljo showed that Cory is beatable.

I’d love to see TJ just get hammered tho

So why did he take them? Seems like a foolish statement to make.

He’s trying to convince himself he’s really that good.

I have a feeling he’s going to get crushed when he returns.

That’s not a bad argument. But he wouldn’t be able to credit “Bang” Ludwig with the win if he wrestlefucks Sandhagen.

so you spent all that money and risked so much for something that didnt actually help you? Seems like that makes you a bigger dumbass than before

I did not benefit from those women taking roofies, I would have been able to make sweet love to them either way. - Bill Cosby. 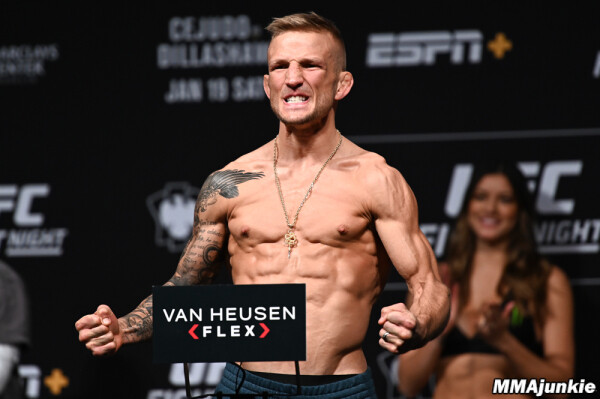 T.J. Dillashaw: USADA put me under a microscope by retesting all my previous...

T.J. Dillashaw says the U.S. Anti-Doping Agency has revisited every one of his previously collected samples after testing positive for EPO.

T.J. Dillashaw says the U.S. Anti-Doping Agency has revisited every one of his previously collected samples in the wake of testing positive for erythropoietin, more commonly known as EPO.

Dillashaw (16-4 MMA, 12-4 UFC) returns from a two-year USADA suspension to face rising star Cory Sandhagen (14-2 MMA, 7-1 UFC) in the main event of UFC on ESPN 27 on Saturday, where he hopes to cement himself as the UFC bantamweight division’s No. 1 contender.

The former two-time UFC champion is well aware that he likely tainted his legacy when he popped for EPO in January 2019, but assures that it was a one-time mistake made when he was struggling to make the flyweight limit in a title-fight loss to then-champion Henry Cejudo.

So while he knows many are likely doubting his history as a clean fighter, Dillashaw says USADA has already made sure that the rest of his track record has been clean.

“People can go say whatever they want, and more power to them, that’s the decision I made, but USADA actually put me under a microscope after I got in trouble, man,” Dillashaw told Brendan Schaub on the latest edition of “Food Truck Diaries.” “They went back to all my fights that they ever collected my samples and retested all of them all the way back to my (Raphael) Assuncao fight after (Dominick) Cruz because they keep an A and B sample every time you get tested.”

He continued, “No matter what, it’s going to be like that. I made the mistake. That’s like USADA’s weapon to use against you, to really slander you so no one else wants to do this sh-t. Those questions are valid because I f-cked up, I made the decision. But me being able to live with that, me owning up to it has made it f-cking easy.”

The no. 1 predictor of success intelligence not privilege. Sorry friend

He made 125 so that’s how it really helped. He was able to train harder.

So juicy in that photo, PEDs make their skin look thin and weird. Unhealthy bodybuilder skin.