TJ Dillashaw claims he did not benefit from previous PED use

Do people not think what they’re saying through anymore? How can you just say stuff to the media without questioning why you’re really saying it?

Except that fighters don’t really “stop” training so the gains they made during the use are kept and built on.

If you run that course into a fight it also means during the fight you also have more stamina.

No matter what you decide on it though, it’s cheating.

Yeah I guess I see it sort of like the Belfort/TRT argument. “It didn’t really help him in the fight”. Okay maybe it did, maybe it didn’t, but it certainly helped him in training. He was able to learn new techniques and apply them to his game and at his age/experience level, it took his game to the next level. He could take whatever he learned in that camp into training for the rest of his career. Maybe this is what will happen with TJ as well. I don’t know.

When I said stop I didn’t mean training. I meant discontinuing the use of epo. The cardiovascular system gains dwindle after 4 weeks. You aren’t gaining muscle tissue like with anabolic steroids that you hang on to. Yes it’s cheating, no argument there from me. I’m just saying people are grossly overstating the results of epo use.

No it means more than that if they’ve gone back and tested for things they didn’t test for in the past. You can be ‘clean’ on fight night depending on what they’ve tested for and those samples can be sitting there dirty as fuck forever just waiting for someone to go back and test them.

That would make a lot more sense if EPO wasn’t tested for previously, but it was. So what is your point?

If anyone knows about cheating with drugs its Chael

Anyone who has used anabolic steroids would know that they absolutely 100% help and have a residual effect after stopping.

Floyd landis said they were avoiding day of testing by injecting it IV.

No it means more than that if they’ve gone back and tested for things they didn’t test for in the past. You can be ‘clean’ on fight night depending on what they’ve tested for and those samples can be sitting there dirty as fuck forever just waiting for someone to go back and test them.

That would make a lot more sense if EPO wasn’t tested for previously, but it was. So what is your point?

Wasn’t that part of why all this was funny? That Cody was publicly saying he was on EPO but they still didn’t actually test him directly for that (it wasn’t a standard pre-fight test). It wasn’t until the Henry fight he was actually tested for EPO, was he?

If tj’s physique is indeed unnatural it has nothing to do with his Epo use.

Correct, so imagine the shit they didn’t catch him for.

Because you can’t just “test for Epo”

You could inject it the day before the fight and pass. It’s a naturally occurring substance in everyone’s body. They have to blood test you numerous times and get averages and determine you are screening screwing around and out of range. There’s youtube videos that claim they know for a fact people are microdosing esterless testosterone and epo to keep themselves at the tip top of “natural” and be the best possible version of themselves while skating by the tests and not throwing up any flags.

Because IQ is mostly genetic and it’s the best indicator of success.

I think you underestimate the gains made by the body when being able to push yourself with illegal advanced cardio drugs.

Watched his presser from yesterday and lol. He said he did the EPO because “my hematocrit crashed to the 30’s.” That’s pretty disingenuous when a lot of the human population walks around in the 30’s. Normal would be above 40, but something as simple as hydration level could easily put you a bit above or below that. a HCT in the 30’s in certainly nothing you’d treat in a clinical setting. Few studies pop up on google that tested epo in cycling. Seems the common theme is it makes you 0-6% better and gains diminish after 4 weeks or so if stopped. I think people are grossly overestimating the affects of epo on this forum. On ig comments it’s even worse. If you let one fighter take as much epo as they wanted for 20-30 weeks and another testosterone the one on test would be way better. People keep saying it let’s you recover faster and build “gains”. Have a link? If anything it lets you overtrain. This doesn’t = strength, muscle, explosiveness. Anabolic steroids do all that though. 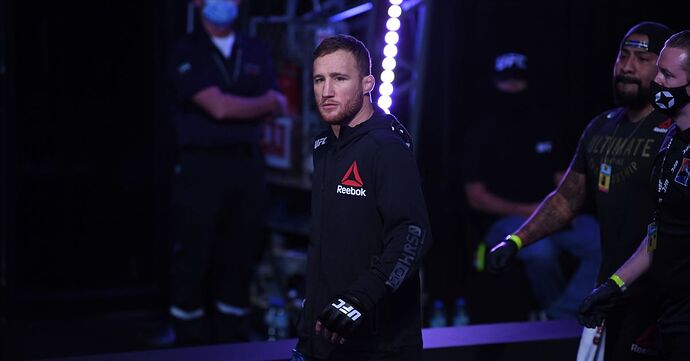 Justin Gaethje: Michael Chandler ‘talking out of his ass’ on ducking allegations

Justin Gaethje is firing back at Michael Chandler’s claim that he ducked several fights. 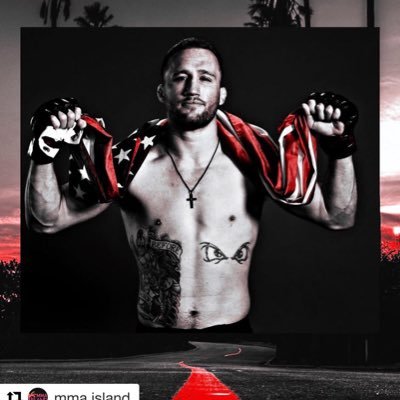 @Justin_Gaethje
@MikeChandlerMMA is talking out of his ass. I was waiting for the bout agreement 3 weeks into camp and wake up to news his daddy Dana gave him the shot. He’s been out of commission since the KO. What am I missing? I’m on vacay and this fucker is slandering my name. 3-4 times? 🤦‍♂️
scrapdo July 22, 2021, 10:35pm #118

yea, EPO isn’t for muscle building, so this is kind of a silly thing to argue.

I personally believe that TJ used PEDs his entire career, and that we have no way of knowing how his career would have looked without PEDs – EPO, in particular. I think the evidence from his teammates, coupled with the failed test and physical tells makes him one of the easier calls in MMA.

I also think that the Treigning Lab is a dope provider. Guys aren’t flying from across the country to get their blood levels checked and get on the exercise bike with coach Cal. (Also, does anyone remember when Coach Cal wrote that mellowdramatic BS post after TJ got caught about never abandoning family and a guy purporting to be his son responded that Cal abandoned him after he came out of the closet? Was that real?)

I should say that I don’t have any personal insight into this one. This is all based on what I’ve seen publicly.

Lol disgruntled team alpha male guys say so. Given that it’s not for getting bigger, but more to keep you at bay cardio and energy wise during something grueling like going to 125, would lead me to believe it was a one time thing