Any cryptocurrency owners out there excited by this deal? Or do you just feel bad for the fighters once again left out in the cold on these sorts of agreements? 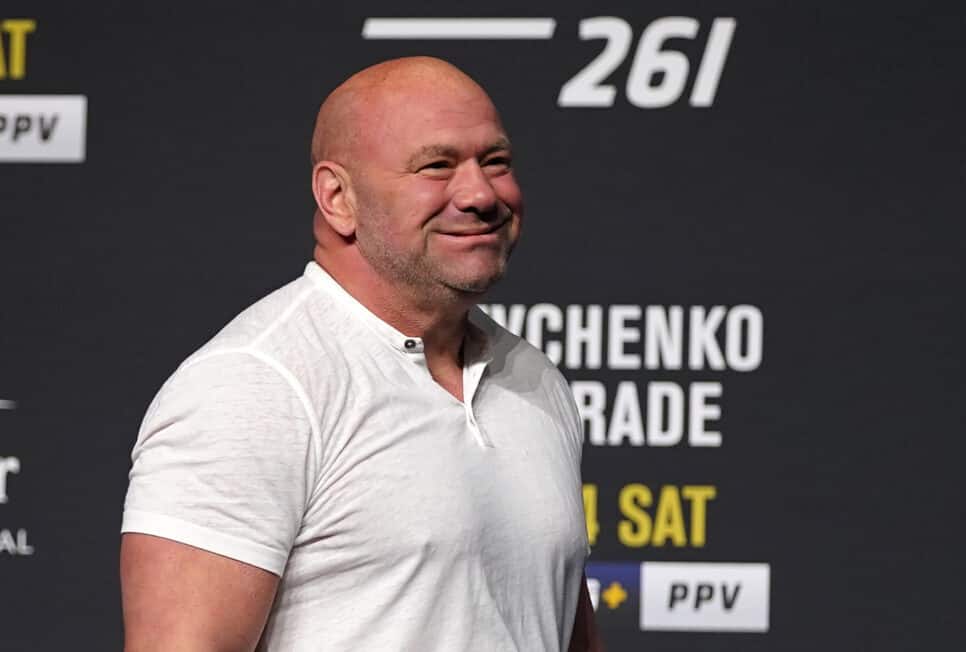 UFC sells branding rights to Crypto.com for $175 million, fighters get no...

In a deal that will see them earn $175 million over 10 years the UFC sells branding rights to cryptocurrency firm Crypto.com.

It’s a lot of money but $17.5MM/year after tax if every penny went to fighters is like $20,000-$30,000 each so not overly groundbreaking but everything counts for some lower tier fighters.

Isn’t this just an advertising deal? Perhaps with exclusivity when to comes to Crypto currency.

If so, they always have a dozen, or more, of these kind of brand deals don’t they?

Afterall, the difference, is drinkability.

Does a secretary at a TV station get a cut of their ad revenue?

Does a secretary at a TV station get a cut of their ad revenue?

Terrible analogy, unless the TV station secretary is an actor in the TV shows they broadcast.

Does a causal character with 10 seconds of screen time every 3rd episode get a cut of the ad revenue?

I don’t know about you guys but I’m going to buy a shitload of BLAF coin when it comes out.

The idea that the UFC should break fighters off a piece of every dollar they make as soon as they make it is laughable.

The idea that a company would voluntarily lower their profit margin when they don’t have to is hilarious.

Money isn’t directly going to the fighters but I bet it will slowly impact their income. People act like the ufc simple pockets all this money and fighters see none of it. Not saying they get their rightful share, but they will see some improvement

Seems out of alignment. Crypto is the realm of hackers and hacking, which includes pirates and streaming…

What would change about this specific situation?

Big time unionized sports leagues get new TV contracts and sponsor deals all the time. Players don’t see it until they are able to negotiate their next contract under the higher salary cap made possible by the new revenue.

Should they immediately split the revenue from this deal and just give everyone a $10,000 bonus or something?

It’s not that black and white.

How do salaries now compare to 5, 10 years ago? Some fighters make millions now. That’s a direct result of the rising tide.

Of course they’d get more if they had a union, but the lack of one doesn’t mean they get nothing over time.

You don’t hear too many big players crying about pay, they seem happy enough. A union would probably mostly serve the lower card fighters which would obviously be good.

A union would probably mostly serve the lower card fighters which would obviously be good.

Sure, but then you beg the question, exactly what value do the lower card fighters bring?

The way the UFC is currently structured, they basically have created their own farm league, minus the actual farm league. There are about 4-8 fights on every card that do not matter at all. The fighters in those fights are making more money than they could anywhere else, PLUS they have Dana’s eyes on them every time out. They are literally in the greatest situation that they could possibly have dreamed of when they began to pursue fighting as a career path.

The fight game is one of opportunity. You don’t punch the clock and eventually get promoted just for being around and not fucking up. You have to seize every chance you get, impress every time out, DEMAND that people pay attention. You are a product and you are selling yourself in every fight and every interview. The people who sell themselves well get the money.

I don’t feel like people who are incapable of that are entitled to some bigger piece of the pie, just because they exist. Go get it. Be a star. Or don’t. Nobody cares.

I agree with all of this.

The only benefit I see is getting the low card fighters up a bit. Lowest I see looking a couple events back is 10/10.

If you fight and win 2x a year in the UFC you should probably get more than the equivalent of $20/hour for the year.

Then again if you win you should start moving up and earning more.

I’m not sure how I feel…but you’re right that any old UFC scrub shouldn’t be rich or even making 6 figures necessarily just because they’re there. Pro sports aren’t for everyone, but plenty do get a chance to prove themselves in UFC.

It’s not that black and white.

How do salaries now compare to 5, 10 years ago? Some fighters make millions now. That’s a direct result of the rising tide.

Some fighters make millions now, most low level deals are 10k/10k instead of 8k/8k now.

A professional athlete in the biggest league of a sport in the world should not be making rural elementary school teacher money.

The UFC taking away sponsorship opportunities from fighters and giving them peanuts from their Reebok deal was shameful.

I hate unions but the UFC has too much power over the fighters.

If you look at the biggest league in a particular sport and believe the pay scale is a problem, you void any right to complain about it if you proceed to choose that path as a career move.

That is fair as this discussion has been around forever.

To your point on the feeder system, maybe a better comparison for the lower card guys would be the G-League, or MiLB or the AHL. Those guys all make peanuts compared to the NBA, MLB, NHL, but the top guys still do alright.

Prelim fighter is like minor leaguer and is paid as such. Crack the main card (big leagues) and you start getting paid. You’re a top prospect you’ll probably make more and move faster with success.

Wonder if people would be upset if they had a minor league UFC where nothing changed. Is it just the brand that angers people about the pay or is it the level of their skill they feel deserves more, regardless of league affiliation?